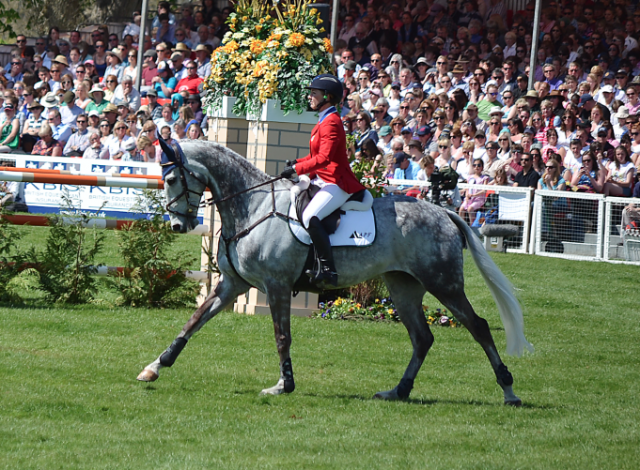 Great news! Tiana Coudray relocated to the UK in 2011 to continue her training and, while she has appeared regularly representing the U.S. in European events, has not competed on U.S. soil since. Today, it was announced that Tiana and her Irish Sport Horse gelding, Ringwood Magister, have received a Land Rover grant to cover the expenses for Tiana and Finn to compete at Rolex this year.

The last time we saw Tiana and Finn here in the U.S., they placed 11th in the Intermediate division at Fair Hill in 2011 after having a rocky go at the first CCI4* at Rolex that year. Now, after numerous placings and appearances in Europe, including representing the U.S. in the 2012 London Olympic Games, Tiana will be back to contest Rolex again in just a few weeks’ time.

Congratulations to Tiana, and we certainly can’t wait to see her in Kentucky. For more on this grant, visit the USEF here.