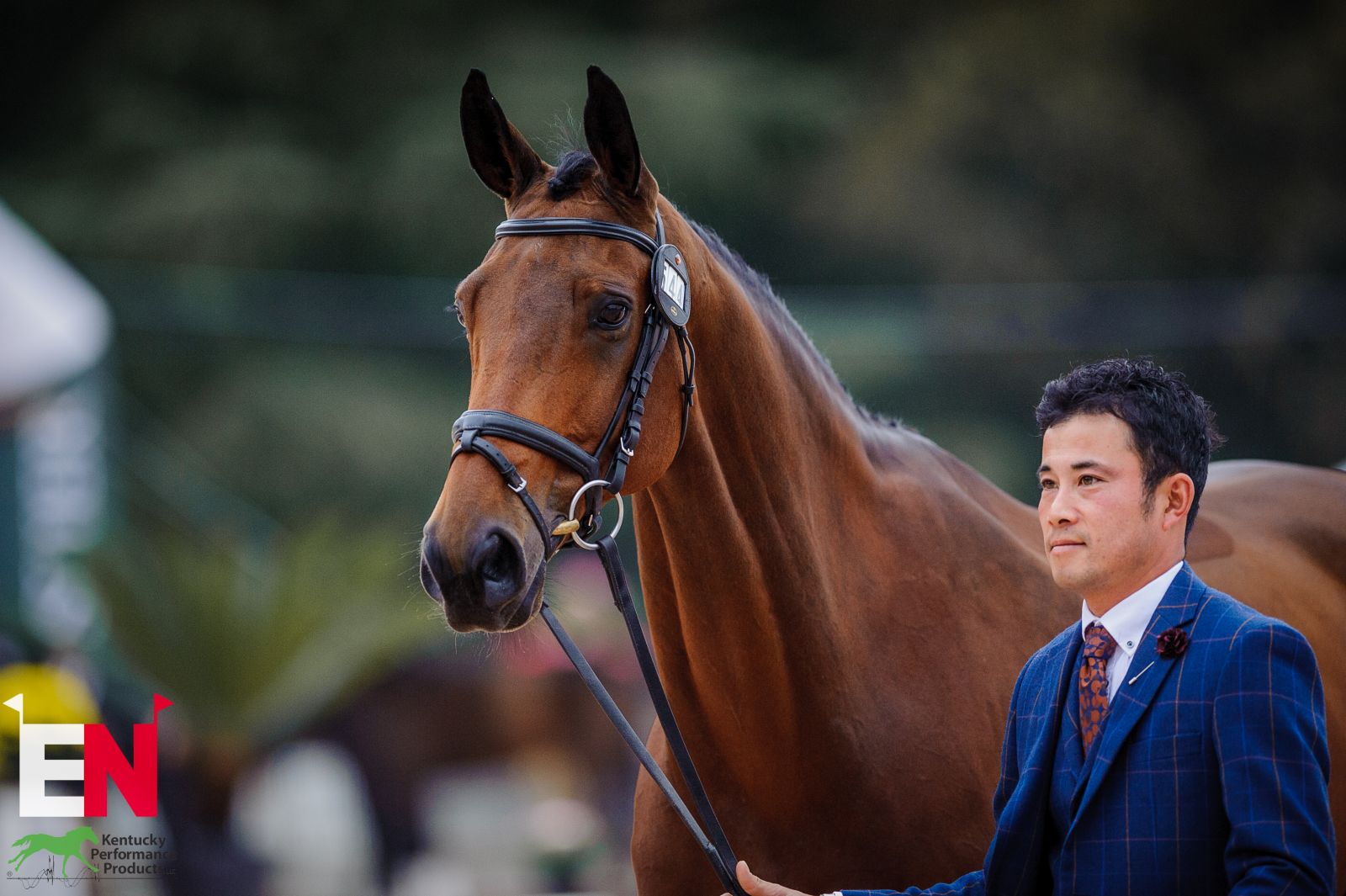 Is it just us, or is time moving differently in the aftermath of the pandemic? Les 5 Etoiles de Pau, which takes place in the shadow of the Pyrenees in the south-west of France, is one of those special events that managed to run throughout the turbulent last couple of years, and perhaps for that reason, it’s beginning to feel like EN’s de facto second home. It’s somehow been a full year since we escaped a torrential downpour just after Tim Price’s big win here with Falco, but we will not believe it. We won’t. Accepting the passing of time means we must accept our own mortality, and that’s a minor crisis that no one needs on an overcast Thursday morning. Ennui might be very French, but a full on existential breakdown is surely beyond the pale. Let’s get back to the horses, shall we? 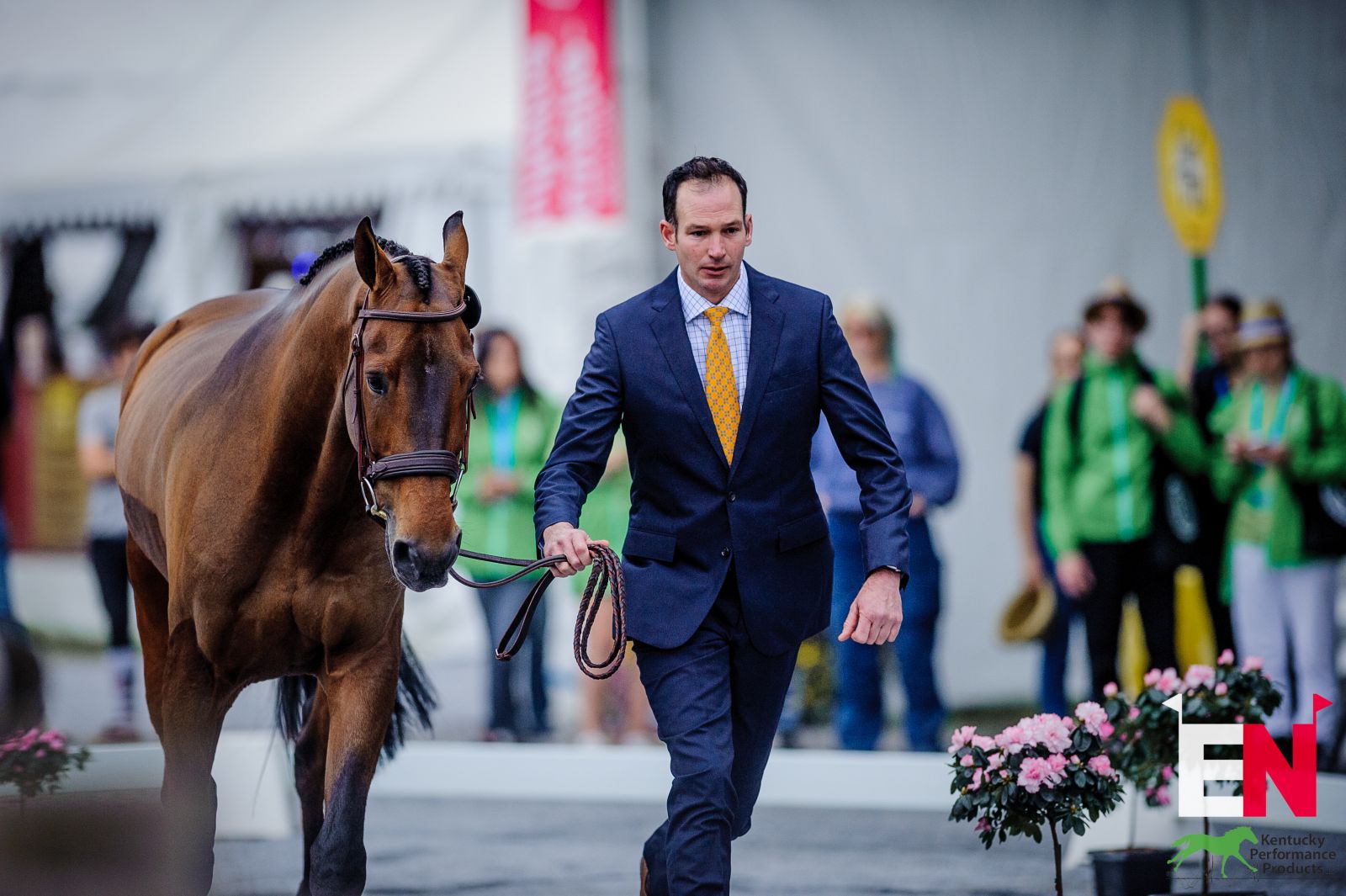 This morning saw the competition kick off with the first horse inspection, which is almost always held on Thursday, rather than Wednesday, at this event. There were some last-minute additions to, and withdrawals from, the entry list before it began: 2019 Burghley winners Pippa Funnell and MGH Grafton Street will no longer contest this week’s competition, nor will Tim Cheffings and Gaston and the USA’s Katherine Coleman and RLE Limbo Kaiser. We’re excited to welcome another US representative, though, in Matt Flynn and Wizzerd, and Austria now has an entry in Katrin Khoddam-Hazrati, who rides five-star first-timer Pippa 2. 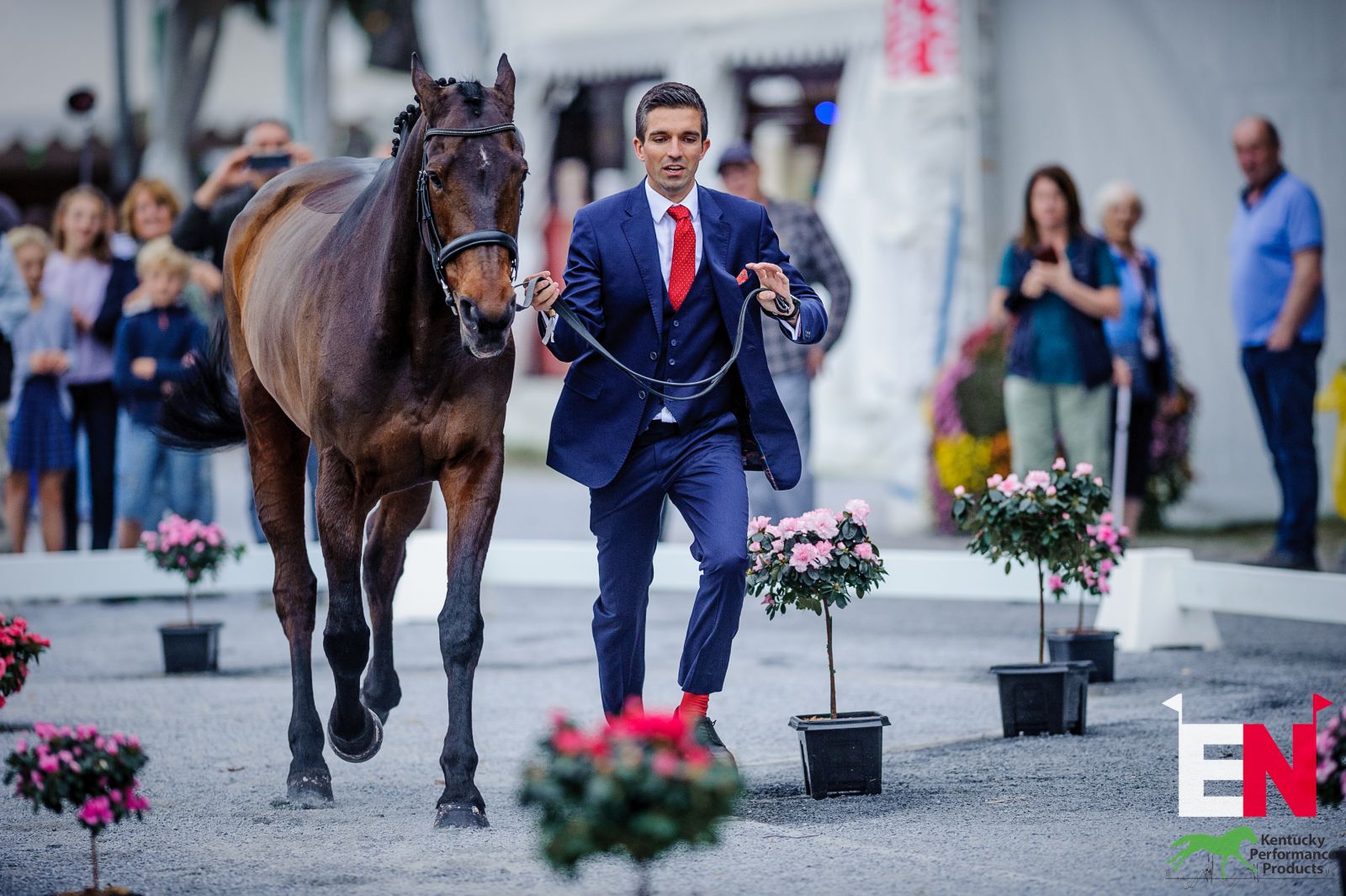 Our final start list now sits at 50 competitors after no small amount of drama at this morning’s first horse inspection, which was held before the ground jury of President Sue Baxter (GBR), Anne-Mette Binder (DEN), Xavier Le Sauce (FRA). Two horses were asked to trot again immediately after presenting, but subsequently accepted without a trip to the holding box — first of those was Redwood Clover, the sophomore five-star mount of Great Britain’s Max Gordon, who has had quite a trip to Pau after travelling directly from a wedding in Dubai. The second was another British pair in Harry Meade and the debutant stallion Tenareze, who cantered his way back down the strip and was thus given another opportunity to show the correct pace. 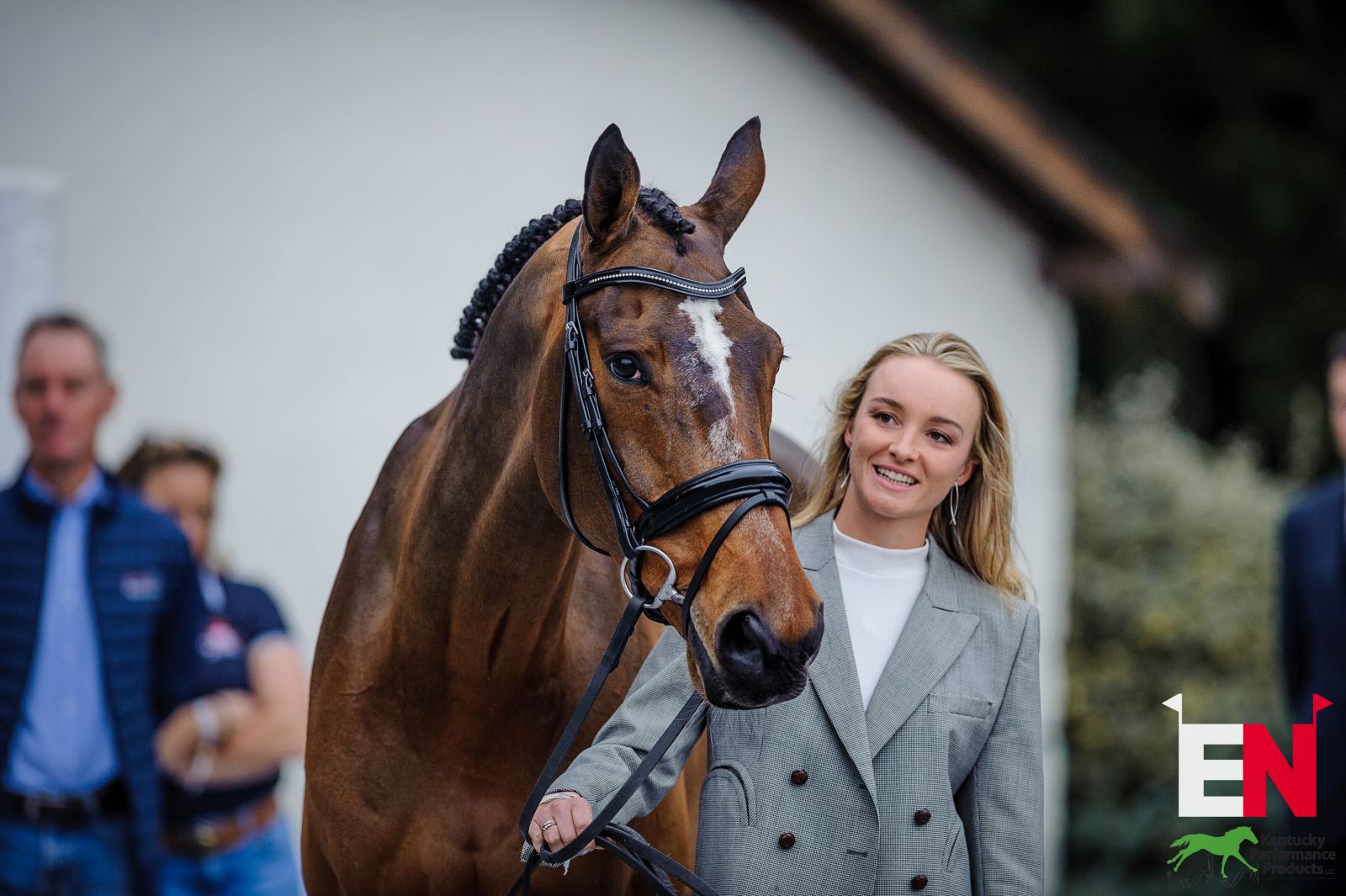 A further two horses were sent to the holding box, where fortunes were considerably more mixed. Emily King and the exciting Valmy Biats, who had a late fall at Badminton this spring, were accepted upon re-presentation, while we were sad to hear the news that the USA’s Caroline Martin, who has been enjoying an exceptional season in England based with Pippa Funnell, opted to withdraw Islandwood Captain Jack from the box.

“He’s just a little body sore from two weeks of travelling and being stuck in a stall,” explains Caroline, who has been competing in France over the last couple of weeks with a successful run at Le Lion d’Angers last week — an end-of-season adventure that always requires competitors to bring their five-star horses out for the full shebang.

Fortunately, Caroline’s got a great sense of perspective about the disappointment: “We’ve had an unreal season and I get to go home with happy horses,” she says. 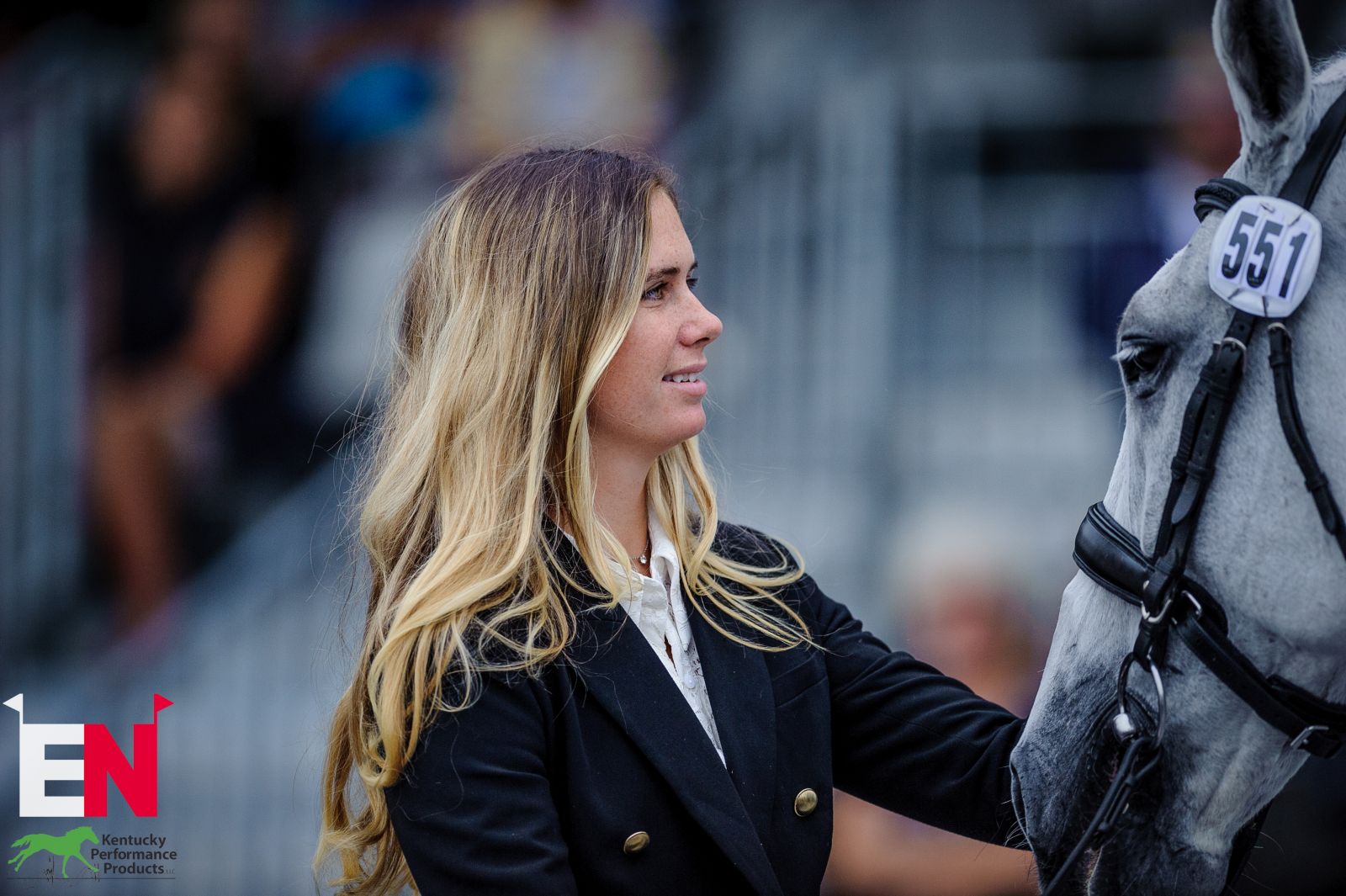 This week’s competition brings forward a bumper field of entries, including five-star winners Felix Vogg and Colero (Luhmühlen 2022) and Mollie Summerland and Charly van ter Heiden (Luhmühlen 2021); this year’s Bramham CCI4*-L victors Izzy Taylor and Monkeying Around, who makes his five-star debut as one of the hot favourites in the field; British under-25 National Champions Greta Mason and Cooley For Sure; Luhmühlen runners-up Kirsty Chabert and Classic VI; and French fan favourites Karim Florent Laghouag and Triton Fontaine, who were twelfth individually and team bronze medallists at the Tokyo Olympics. 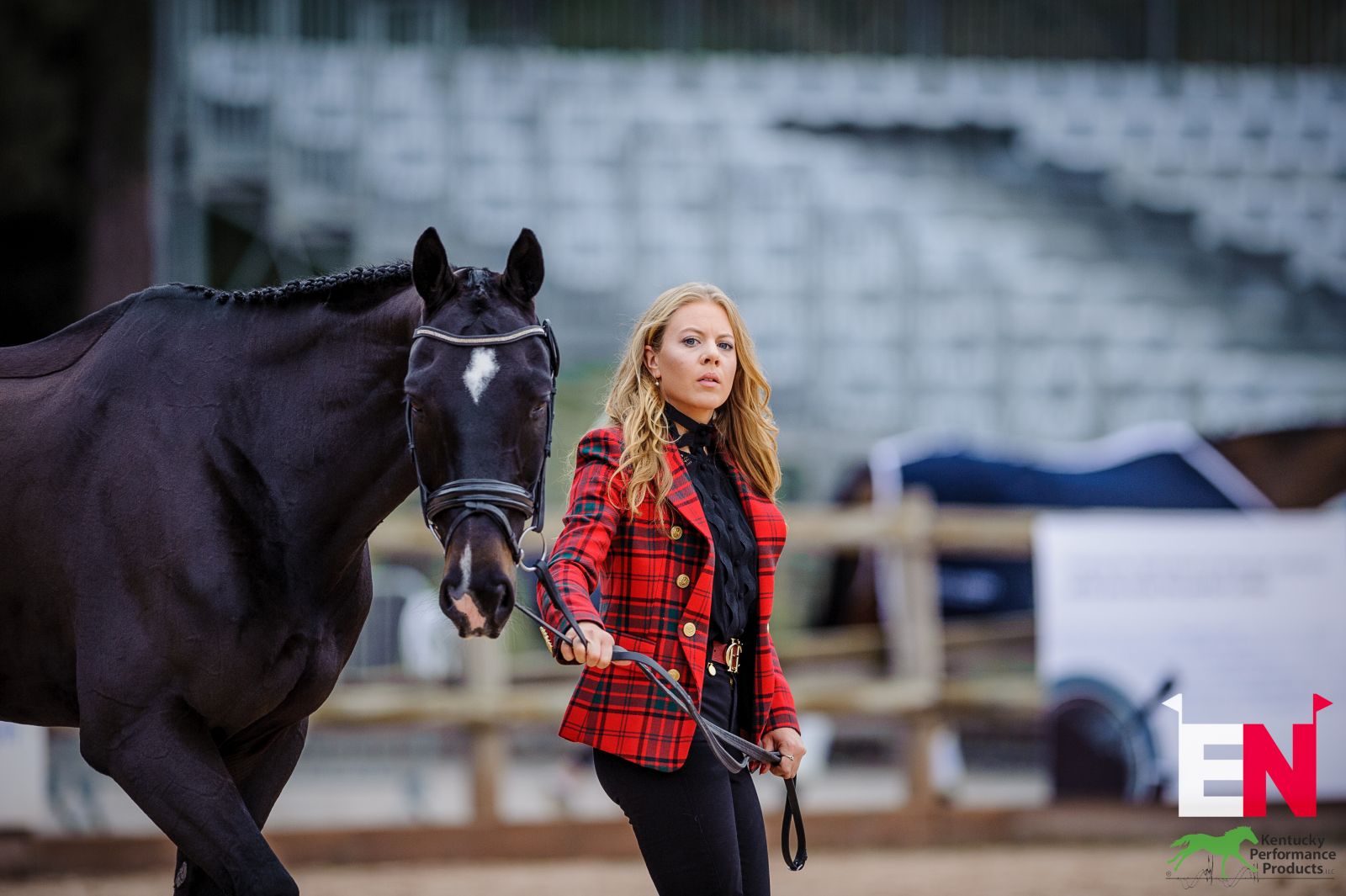 Luhmühlen victors Mollie Summerland and Charly van ter Heiden return to Pau, where they were tenth in their five-star debut in 2020. Photo by Tilly Berendt.

The dressage will commence at 2.30 p.m. local time this afternoon — that’s 1.30 p.m. if you’re watching from Great Britain and 8.30 a.m. if you’re on the East Coast. Our first pair of today’s 17 competitors in the ring will be Tom McEwen and the first of his two rides, Braveheart B, while our sole remaining US competitors, Matt Flynn and Wizzerd, will come forward at 10.42 a.m. (9.42 a.m./4.42 a.m. EST) tomorrow. You can check out the times in full here, and to tune into the livestream — with a cheeky 15% discount! — click here.

We’ll be back soon with plenty more from France’s weird, wonderful crown jewel — until then, faire du concours complet!