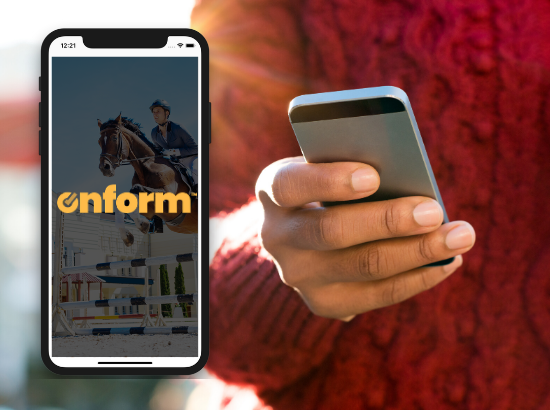 Ready to up your game while stuck at home? EquiRatings can help with that.

The future is now, folks – or at least, we’re speeding there ever-faster as our current circumstances force us all to get a little bit creative. Something that’s on the rise is the advent of digital coaching, which allows riders to continue to hone their skills even when they can’t see their trainer for lessons.

If there’s any company that’s embraced the forward-thinking nature of sports technology for the equestrian market, it’s our friends at EquiRatings. For the past few years, we’ve seen them develop a method of interpreting data that’s resulted in significantly lower fall rates and remarkably accurate performance predictors, creating both a safer sport and a new way for team selectors to make big decisions. Their data has also given the media a more in-depth view of the sport, both at large and in minute detail. Gone are the days of sifting through FEI records with a notepad and a calculator, and our math-phobic brains couldn’t be happier.

In recent months, EquiRatings has also come up with a way to bring stats to riders at every level, with the introduction of their Simple Metrics. These easy calculations allow riders to identify their strengths and weaknesses, which in turn offers a way to set both long- and short-term goals. But until now, they’ve left the act of getting from point A (your current performances) to point B (your goals) to the trainers.

“We knew pretty quickly that we had a gap in the improvement loop, just no money, or time, or team to solve it yet. People said, ‘I get that this is my performance now and I understand the targets, but how do I actually get better?’,” explains the team. “We didn’t have the answer immediately. ‘That’s the art, the coaching, the learning, we are just the science’, we initially thought. Before long, we realised that if we were ever going to actually close the loop for people, we needed to help them access the coaching.”

With this in mind, EquiRatings partnered with US digital company OnForm, which has devised a system for athletes across a number of sports to work remotely with their coaches. OnForm utilises a variety of methods: it can be used to send video back and forth, with a messaging system for trainer and student to discuss the footage and the ability for coaches to record voiceover analysis, and it can be used to mark up the video, too – useful for demonstrating a better line to a fence, for example, or the need for more or less angle in lateral movements.

So who’s it for? Well, everyone, really, as EquiRatings explains:

This means that you can use the app to keep up-to-date with your current trainer or, rather excitingly, you can opt for video feedback and coaching advise from a number of high-profile riders and trainers. One of those is EquiRatings cofounder and Team Ireland stalwart Sam Watson, who has launched his new training website, chock full of insight into improving your performance, in tandem with the release of the app.

“My biggest passion is progress and I strongly believe that riders seeing their own performance, accompanied by expert feedback is the key to better understanding, faster learning and improved performance,” explains Sam. “Access and opportunity can be major blockers to performance progress in sport. ‘I only see my coach twice a month’ is no longer a reason to train without purpose or without feedback. This tool is a great step for EquiRatings to bring people through the full loop of where you now, where you want to get to and now, how to do it.”

Here, Sam offers up a quick demo of how the app can be used to review a submitted video.

Ready to give the app a go? It’s currently available on iOS, with plans for an Android release soon, and can be downloaded from the app store. To celebrate the launch and ensure easy access for coaches and riders affected by the COVID-19 pandemic, EquiRatings has made the app free to join until the end of May. After that, you’ll be able to subscribe for $7.99 a month, or $79 annually. Within the app, coaches set their own prices for feedback, ensuring that they receive 100% of the revenue.

Want some more information before you dive in? The Eventing Podcast has a new pod dedicated to the app, with great tips on how to get the most out of it. EquiRatings has also put out an article with ten tips for remote coaches to help ease the transition from in-the-ring coaching to virtual education. Still on the fence? Dive into this fascinating article that posits that video is one of the most useful tools for improvement – as evidenced by Oliver Townend, who set two dressage records at Badminton and then admitted that his incredible results were mostly down to watching videos of dressage superstar Carl Hester in action. If it works for him…