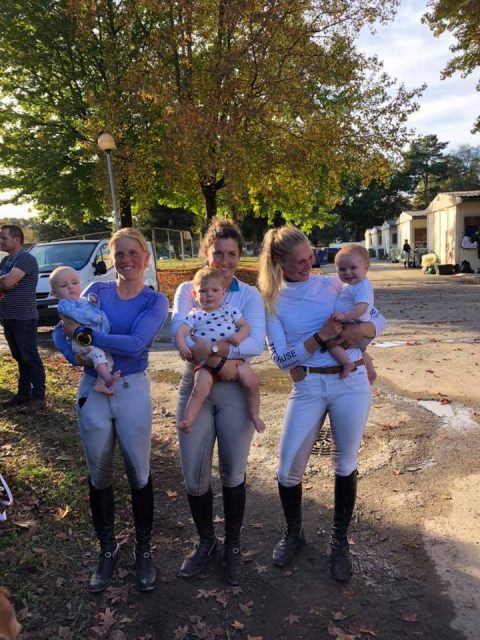 This one goes out to all the moms out there! Ros Canter, Kristy Johnson and Sarah Way wouldn’t let a little thing like bringing a new life into the world keep them from competing in the five-star season ender at Pau. They did have one benefit against other competitors, though: The world’s best cheering squad in Ziggy, Henry and Millie.

Events Opening This Week: No events open this week.

How does Karl Cook stay cool as a cucumber in the show ring? He shares his secrets. [‘Control Your Brain’: Karl Cook Has Some No-Nonsense Advice On Dealing With Show Ring Nerves]

The Helsinki International Horse Show is very unique in that it’s entirely powered by horse manure — what a load of crap! More than 100 tons of manure were collected from the equine competitors, running this event on poo for the fifth year in a row. [Powered by poo: horse manure heats and lights four-day World Cup show]