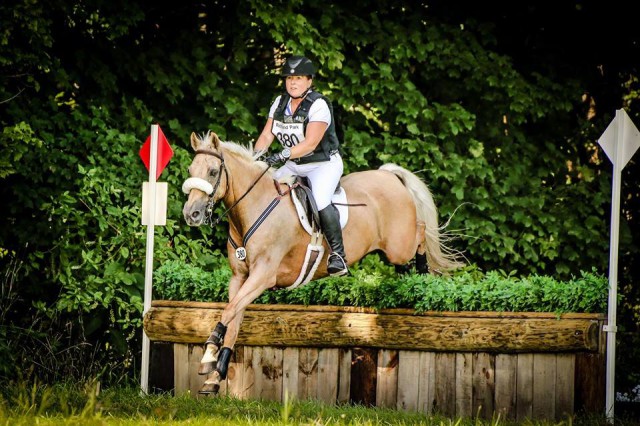 Leslie Threlkeld’s year-end post 10 Eventers Who Inspired Us in 2016 and its reader-suggested sequel Six Eventers You Were Inspired By in 2016 are well worth the read, if you haven’t already.

I thoroughly enjoyed helping brainstorm the list, and I loved that our readers leapt in to give credit where credit is due. The annual series is a wonderful opportunity to recognize the people and stories that have uplifted our spirits and our sport throughout the past 12 months.

EN’s list was a group effort, and it’s likely that the names of individuals included were already familiar to our readers. Every one of us, however, could probably assemble an individual list of our own as well, and I know my own personal one would include some names that haven’t necessarily made it into the headlines this year.

Sometimes the people that affect you most profoundly aren’t heavy-hitters in the traditional sense, but individuals who, even through some unassuming comment or small gesture or random act of kindness, remind you what it’s all about.

For me, Kasey Mueller is one of those people. A lifelong horse addict who scraped and saved for every equestrian learning opportunity, Kasey took up eventing just three years ago after having been enamored by the sport for years.

In addition to competing her handsome golden gelding, a former Amish cart horse named James Blonde, at the Novice level, Kasey is a talented freelance photographer who has been sharing her stunning photographs with EN for several years. Most recently her work appears in the January 2017 issue of Heels Down Magazine. (Check out the website for her photography, Rare Air Eventing Photography, here.) 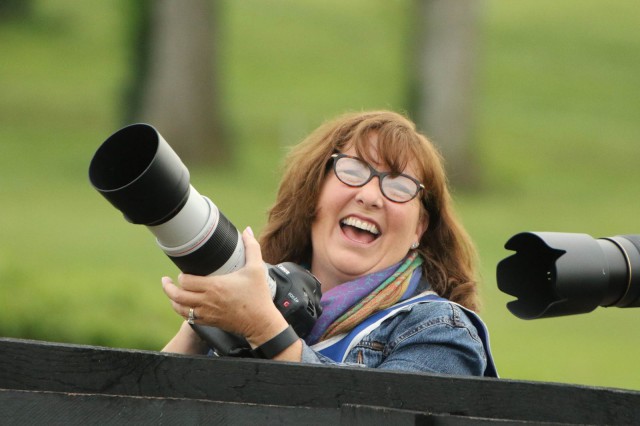 I’ve literally only met the woman twice, while covering Richland Park in 2015 and 2016, but both times she has struck me as an embodiment of all that is good about this sport. And not just because she is the patron saint of equestrian journalists, helping me with my camera on both occasions and surprising the USEA’s hardworking Shelby Allen and I with cold drinks and snacks at the end of a long cross country day.

Kasey’s passion for eventing shines through in everything she does, although it’s unclear which activity brings Kasey more joy — actually eventing or photographing other people eventing! But thankfully she has found a way to embrace them both in one fell swoop. 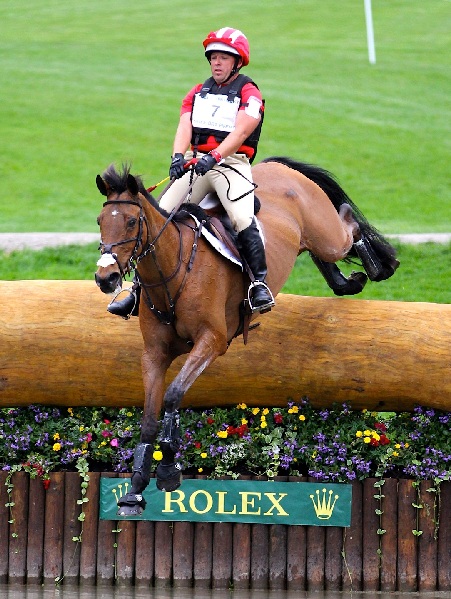 Buck Davison and Park Trade drop into the Head of the Lake at Rolex 2013. Photo by Kasey Mueller/Rare Air Photography.

“For years I have photographed horses and their people, and I have enjoyed living vicariously through them,” she explains. “In 2013 I started competing in horse trials at the lower levels myself. I love the rush, the adrenalin and the partnership with my little Palomino partner.

“I have a passion — to capture/create memories for eventers and their fans at every level of the sport. I get excited before every horse trial, Pony Club outing or horse show, wondering who and what I will see and capture that day. I hope that the memories of the competitions, including the adrenaline rushes and the smiles, live on for my subjects, every time they see themselves in one of my pictures.”

Kasey Mueller, you are the sweetest to send me this beautiful photo and many others. What an amazing surprise! Thank you…

“I appreciate every horse and rider that I see,” she says. “And if you notice a photographer outside of the ropes on cross country shouting ‘Great ride!’ after you negotiate a tricky question — it is probably me.”

For as many times as Kasey’s name has appeared in a photo credit on this website, I think it’s only fitting that we pull her out from behind the curtain for once and shove her into the spotlight. A couple weeks ago an RNS video of her ride at Richland Park popped up on my YouTube feed, and I knew I had to seize the opportunity to embarrass her!

I can’t get enough of the footage of their cross country run — Kasey’s grin leaving the startbox, her horse’s “lemme at it, mum!” gameface, and that beautiful, balanced forward step down the hill from #4 to #5 had me shouting ‘Great ride!’ at my laptop screen. They ran into a little trouble at #12A, a half-coffin, but came back strong and finished with a smile.

Thank you, Kasey, for being you. Go Eventing.