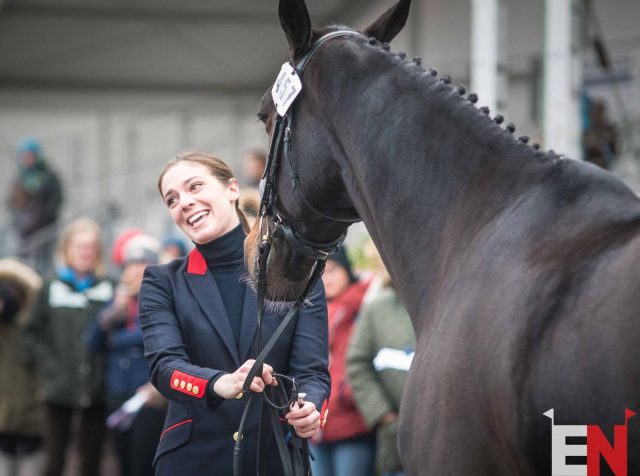 We are sorry to report that Tilly’s determined campaign to convince riders to show up for Pau’s final horse inspection in Halloween costume was a bust, although Hallie Coon did appear to be dressed as Paul Revere. The red coats are coming, indeed. But however you dress them these things are never really plain-vanilla, and today’s jog was no exception — with a couple horses sent to the hold and three not presented, two of which were in the top 10, it’s already been the sort of morning that makes you want to stress-eat a crêpe. Which I am going to do as soon as I get this thing posted. 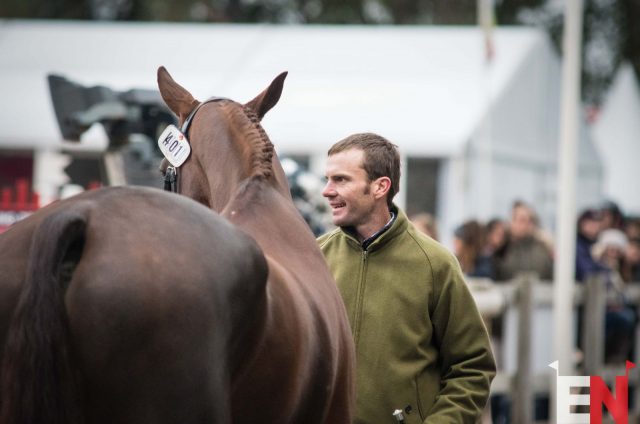 First things first, our three ‘American’ pairs sailed right through (we have adopted formerly Australian Ryan Wood against his will after his stellar cross country performance yesterday). Ryan can skip the gym today as he did double-duty, first presenting Woodstock Bennett and then subbing in for Kim Severson with Cooley Cross Border. Kim is a bit lame this morning but no worries; the vets flexed her back at the barn and report that with coffee and a couple grams of bute she should be fine. 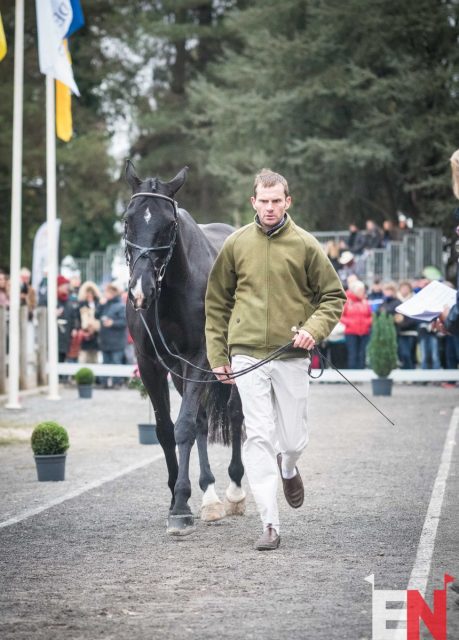 It’s too early for some — Ryan and Cooley Cross Border look less than impressed by the early start. Photo by Tilly Berendt.

Hallie Coon looked boss in her 18th-century chic, and Celien appeared keen for another day of earning her official four-star princess tiara. 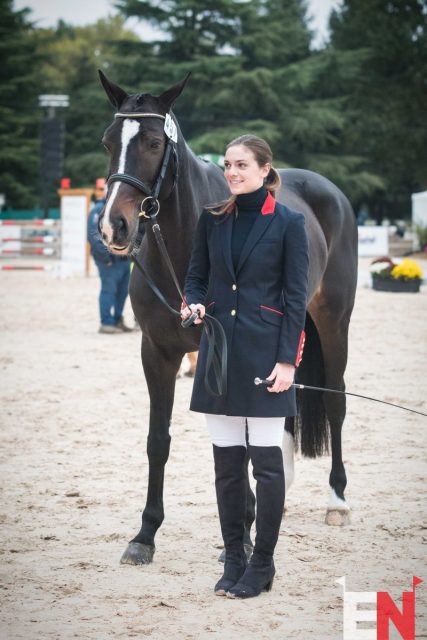 Hallie Coon and Celien at the final horse inspection. Photo by Tilly Berendt.

If you too are drooling over Hallie’s outfit, note that it was provided by Holland Cooper, with incredibly sassy boots by Fairfax and Favor. Who, coincidentally, were the victims of a sass overload this weekend…

Great Britain’s Izzy Taylor did not present Be Touchable, who was 3rd after cross country; Germany’s Andreas Ostholt did not present So Is Et, who was 8th; and fellow German Bettina Hoy let Designer 10, who was 33rd, sleep in back at the barn as well. That does a number on the scoreboard, boosting Ryan into 8th, Hallie into 18th, and Kim into 23rd. 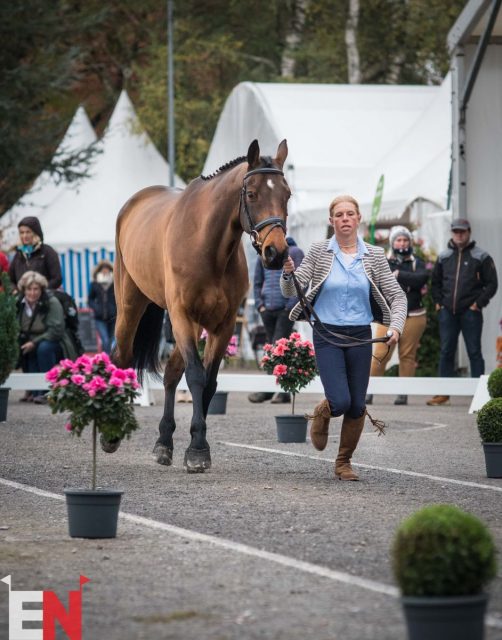 The real Queen of England: Ros Canter moves into third with Zenshera. Photo by Tilly Berendt.

This seismic shift also, notably, moves our World Champ Ros Canter into third with Zenshera — as noted yesterday by EquiRatings, if she finishes in this spot or better she becomes world number one as well, taking the throne from Oliver Townend. This would give us our first female world number one since Mary King all the way back in 2011. 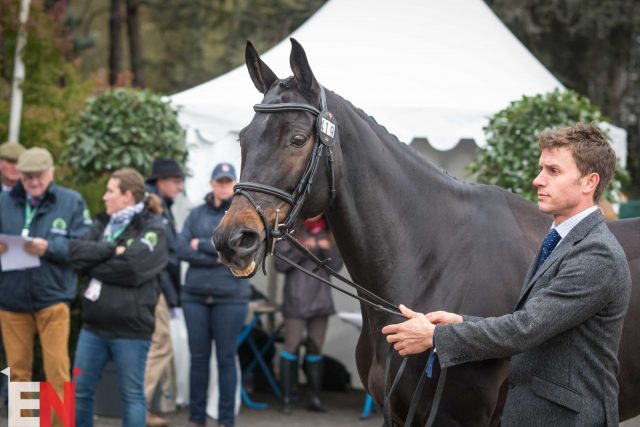 British rider Tom Crisp moves into the top ten with one of our favourite horses of the week — feisty mare Liberty and Glory is obviously delighted with the news. Photo by Tilly Berendt.

Two pairs were sent to the holding box but passed upon reinspection: Belgium’s Christian Chabot with Barlison, and Germany’s Andreas Ostholt with Corvette 31. The esteemed ground jury was comprised of Christina Klingspor of Sweden, Nathalie Carriere of France, Katrin Eichinger-Kniely of Austria. 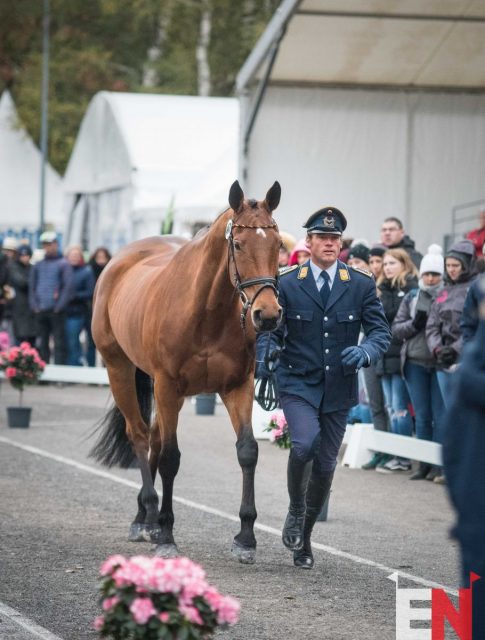 Andreas Ostholt and Corvette 31 are held but pass upon reinspection. Photo by Tilly Berendt.