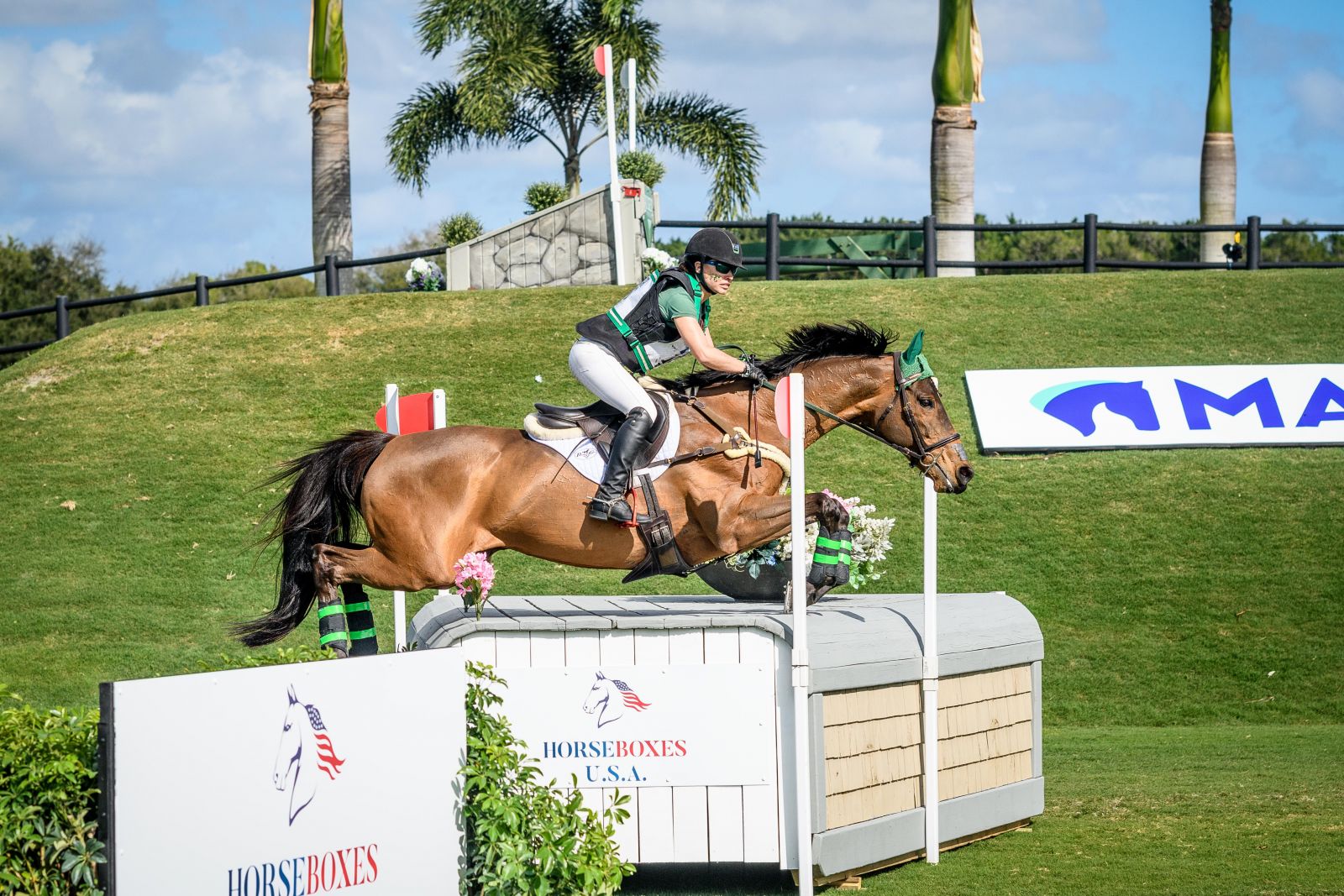 Anyone who has met Daniela Moguel knows she has a fiercely positive attitude. As the first female Mexican five-star rider ever, she specializes in breaking barriers. When I spoke to her last month about her ideas about diversifying our sport, she was quick to highlight the issues but also committed to finding solutions.

If you scroll down the list of results of any FEI event, you don’t usually come across many Mexican flags. The nationalities of most riders in the U.S. are American and Canadian (sometimes with a rogue Australian thrown in there!) despite the fact that Latinos make up almost one-fifth of the American population. Daniela would like to change this. She wants to “open the vision” to include people from different backgrounds in eventing, from the grassroots to the top of the sport.

For Daniela, this has to start with “changing the vision and changing the stereotypes.” When you hear the words “event rider,” the image that pops into your head is likely to be one of a white woman or man. If you don’t fit that stereotype, it is hard to see yourself in the sport, much less at the top of it. “Exposure is a big part of it,” Daniela says.

“The resources are out there” to support more inclusivity in the sport, especially from a financial perspective. Daniela believes this to be true, but more organization and leadership is necessary to put these resources to work. For example, she raises the idea that professional riders could commit to discounting their clinics so that one or two riders could ride for free. That would mean that those who usually couldn’t afford to ride with a top professional might gain access to an excellent educational opportunity. And you never know—a young rider who meets a professional at a clinic may end up as their working student or full-time employee down the line. The opportunities begin when the door opens. 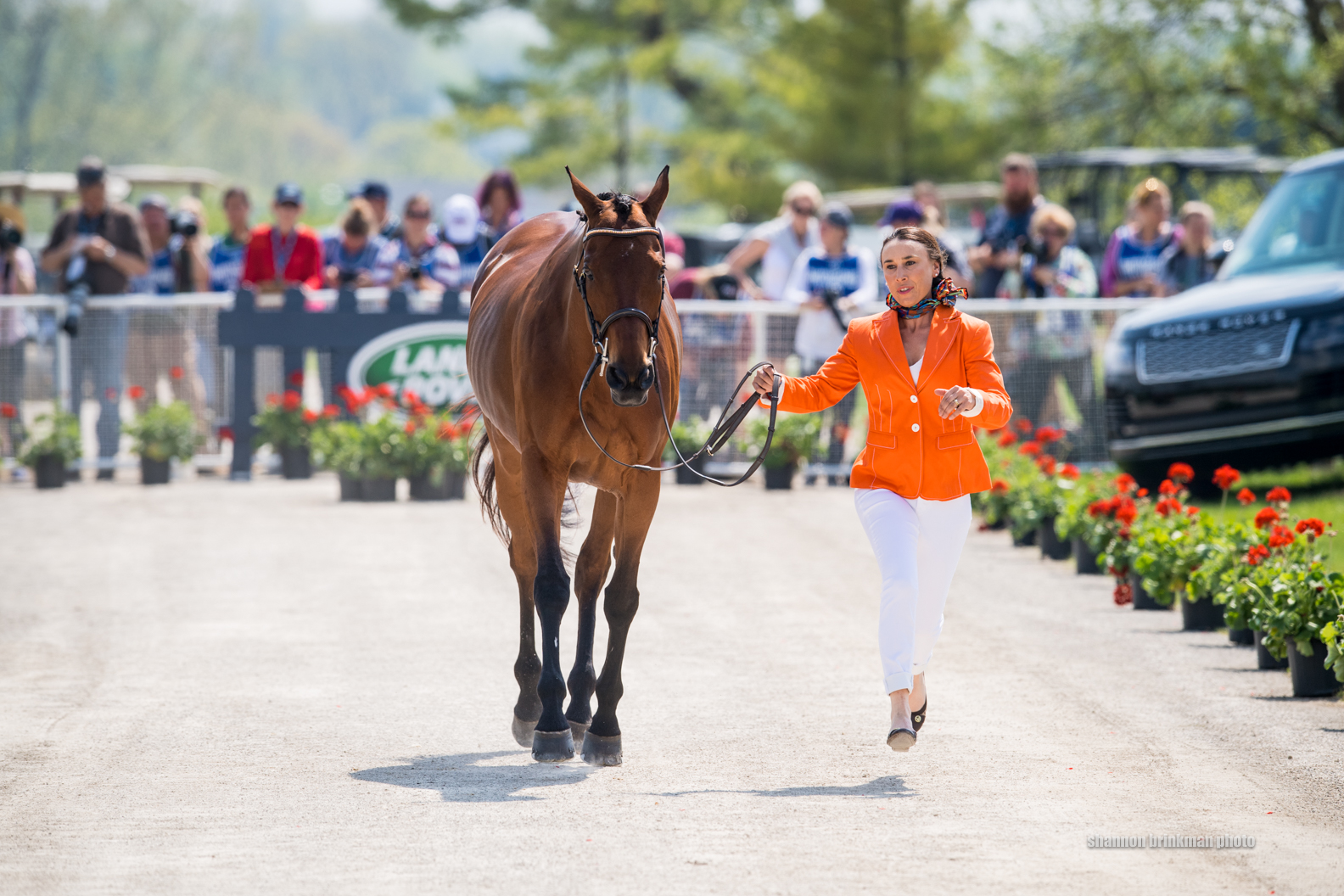 Daniela also spoke about how eventing in Latin America is really still a military sport. In Mexico, she became aware of the fact that the sport was largely for men only. For example, at the Pan American games, almost all of the riders are in the military, and almost all of them are men.

“As you go up the levels [of eventing in Mexico], there are fewer and fewer girls and women competing,” Daniela notes. She cites the military influence as creating a gender stereotype, and also the fact that many women go into show jumping instead of eventing because there are more opportunities in that sport. Daniela came to America from her native Mexico in 2018. She had reached a point in her country where she could not progress any higher up the levels. For a long time, in fact, she was the only woman competing at the upper levels of eventing in Mexico.

Daniela has since ridden at the Land Rover Kentucky Three-Day Event several times, as well as the 2018 World Equestrian Games in Tryon, North Carolina. Later this month, she will be contesting the World Championships in Pratoni, Italy on the horse with whom she has met all of these previous goals: Cecelia. “My preparation has gone well,” Daniela says, citing her outings in show jumping in Wellington, Florida, and a recent good finish in the River Glen CCI3S. Cecelia is 19 years old this year, so Daniela has tried to keep her fresh and not over-compete her, but she says that she has gotten the horse very fit with the hilly championship venue outside of Rome in mind. 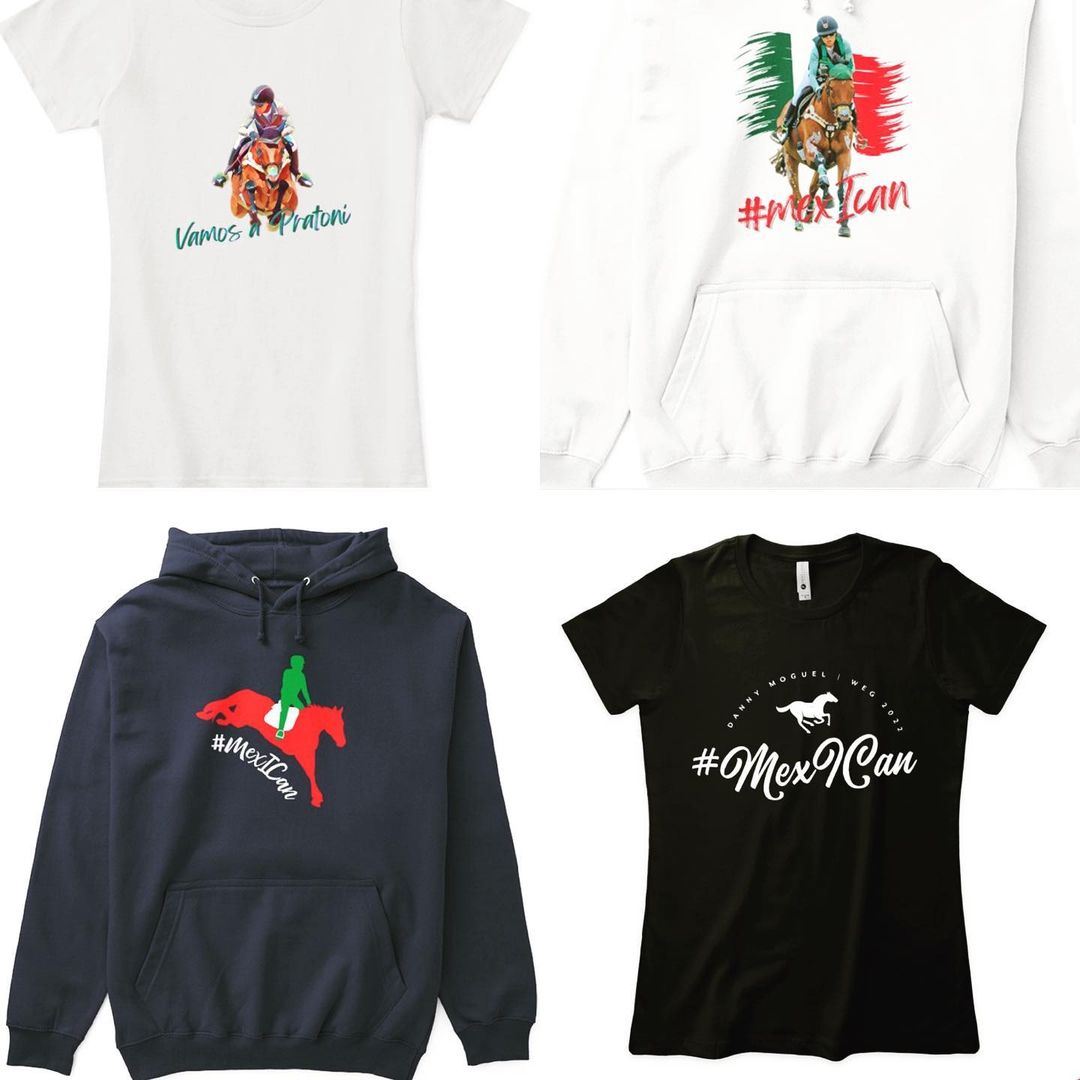 Just a few of the shirt designs available for Daniela’s fundraising campaign!

“Let’s look at the big picture,” Daniela urges. “This is what we can give back to the sport and to the world.” Daniela hopes that her success will encourage more Latina girls to take up eventing. “Women need to have each other’s backs,” she says, “we need to encourage each other.” She notes that she had a student come into her program who said she used to want to go to the Olympics, but now she thinks that goal is too ambitious. Daniela wants everyone to have big dreams, even if it is unclear how feasible they will be. “There is no goal that is too high, you just have to work for it.”

Daniela is selling t-shirts to help fund her journey to Pratoni. Designed by Britt Gillis and Sally Spickard, they display the slogan “Mex-I-Can” in a nod to her country and her optimism. If you would like to support Daniela’s journey, please follow this link to order a shirt or this link to her GoFundMe page for the World Championships. The EN Team will certainly be cheering her on.