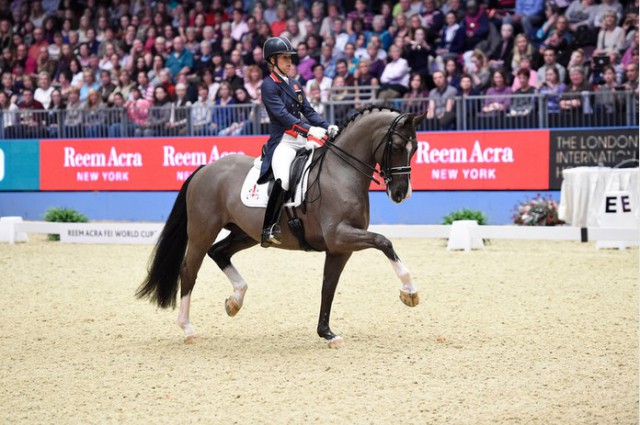 Charlotte Dujardin and her wonder horse, Valegro, are at it again. The pair set two new world records for their performances in the Grand Prix Freestyle and the Grand Prix at the London International Horse Show at Olympia this week.

Of her record-setting score of 87.740% in the Grand Prix, Charlotte said she went in with the mentality of it just being a “schooling round,” to get Valegro back on his toes after competing at WEG over the summer.

Charlotte and “Blueberry” rode to music from the movie How to Train Your Dragon in their freestyle performance, scoring a 94.3%, which beat their former record of 93.975% set at Olympia last year.

“I had such a fantastic ride yesterday that I thought, ‘well I’ll go in there and just go for it,'” Charlotte said after her freestyle performance. “I felt so confident to be able to do that.” 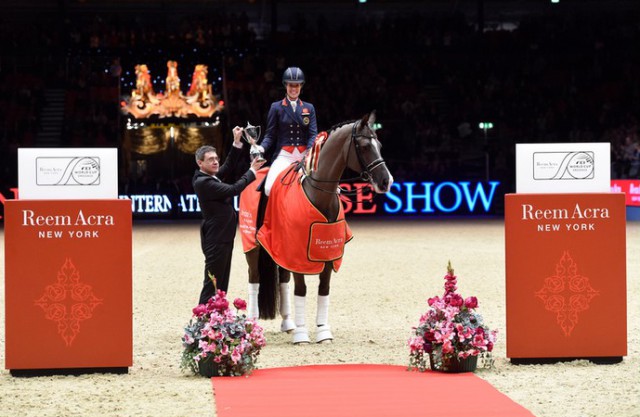 What’s even more impressive about this score? The judges awarded Charlotte and Valegro an incredible 25 marks of 10. Any chance you’d like to join the U.S. eventing team, Charlotte?