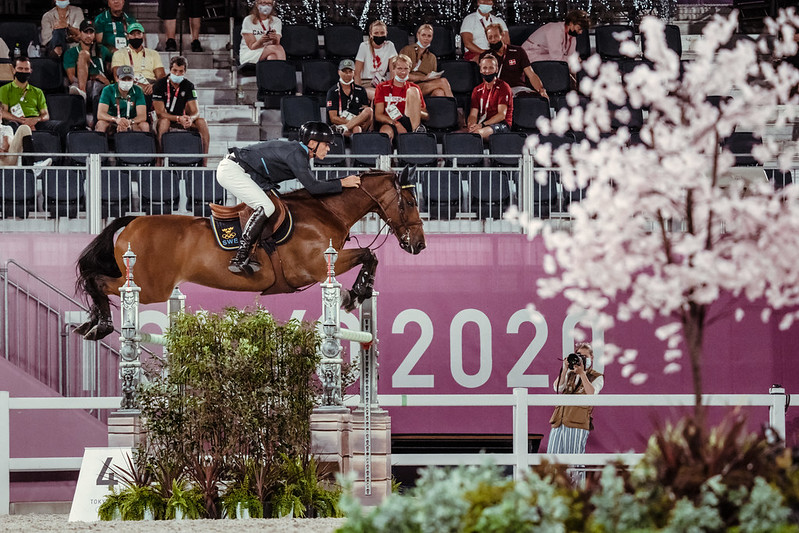 Peder Fredricson of Sweden — who competed as an eventer in the 1992 Olympic Games —  won an individual silver medal in show jumping last night, a repeat performance from the 2016 Olympics in Rio.

Born in Sweden in 1972, Peder has been an avid horseman all his life. His father was a veterinarian, and his brother also grew up loving horses (and still competes alongside his brother at the international level.) Peder was passionate about eventing, and found a worthy partner in Hilly Trip, a talented mare who Peder once described in an interview as his best friend. “She was like a dog, we would let her loose in the garden. The horses communicate a lot, but you have to understand them, meet their needs and be clear. Then you have a good relationship that works.”

At the age of 20, he and Hilly Trip, who was 10 at the time, were selected for the Swedish Eventing Team for the 1992 Barcelona Olympics. This made him the youngest Swedish equestrian Olympian in history. 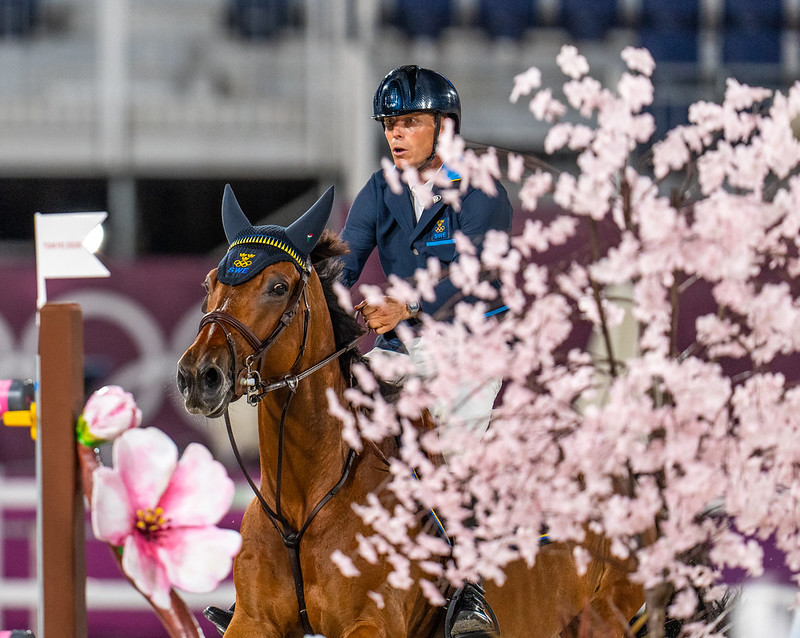 Peder Fredriicsson (SWE) and All In. Photo by FEI / Arnd Bronkhorst.

While the team did not have a successful outing, in Peder’s international debut, he placed 14th individually. It was a spectacular event for the pair, and at that point he decided to turn professional and move to England. He worked with many of the best eventers in the world, including Mark Todd, and went on to finish 13th in the 1994 WEG in The Netherlands with another horse, Down Under. Luhmühlen today reminded us that he earned top accolades there, too.

But over the next few years, Peder’s ambitions would shift, and he opted to move into the show jumping arena and he hasn’t looked back. He was a member of the silver medal-winning Swedish show jumping team at the 2004 Athens Games, and finished fourth individually. He also competed at the World Equestrian Games in Kentucky, Normandy and Tryon. And then there was his infamous “dab” on the podium in 2016 that has been shared thousands of times around the world.

Whether you love him for his dab, his eventing skills, or his (multiple!) show jumping silver medals, he’s one worth loving. The eventing family congratulates you on your win, Peder, and you’re welcome back any time. (Though when asked if he’d ever be brave enough to try eventing again, his response was, “I guess I’m as brave now, just not as foolhardy.”)

Watch Peder in action via this recent FEI video:

Exercise-induced muscle damage that results in sore, stiff muscles and poor performance is a common problem in athletic horses. Vitamin E plays an important role in preserving optimal muscle function by interrupting the production of harmful free radicals that can damage critical tissues. When vitamin E levels in muscle tissue are inadequate, the risk of exercise-induced muscle damage is increased.

Elevate® Maintenance Powder supplies the natural vitamin E your horse needs to neutralize damaging free radicals and support peak performance. Keep your horse at the top of his game with Elevate natural vitamin E.
The horse that matters to you matters to us®.
Not sure which horse supplement best meets your horse’s needs? Kentucky Performance Products, LLC is here to help. Call 859-873-2974 or visit KPPusa.com.