I know we said size doesn’t matter a couple weeks ago, and that’s still true, but some folks definitely have a preference and that’s just fine too. Whether you prefer something that takes up a little more leg or you like for a horse to make the jumps down there look smaller, here are three horses who, at over 17.0-hands, that fit that bill: 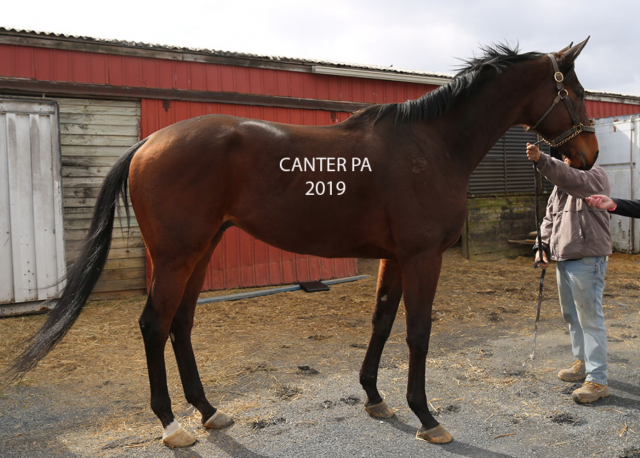 A Smile for Ellie. Photo via CANER PA.

If you really want a tall one, you’ll want to check out this absolute behemoth. At 17.2-hands tall, this 7-year-old could probably just step over most of the fences early on in his retraining. He may tower over you, but A Smile for Ellie is a real sweetheart with a great disposition. He’s also a homebred and his trainer has had him his entire life and can give his adopter lots of background and details on him. At 49 career starts and close to $90,000 in earnings, A Smile for Ellie nearly earned war horse status and clearly has the athleticism to do well in a second career.

View A Smile for Ellie on CANTER PA. 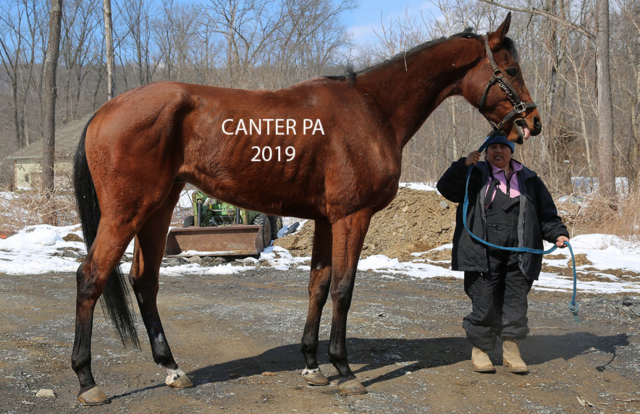 If “all legs” isn’t the perfect descriptor for this horse, then I don’t know what is. Guyanese won a single race, but never finished better than fifth in any of his other 16 starts so he is retiring fairly lightly raced with no known soundness issues or vices. Thankfully he’s a gentle giant and his trainer, who is pictured in the photo, said she’s never had a problem handling him. With some groceries and some more time to mature, Guyanese could blossom into into a really stunning sport horse. 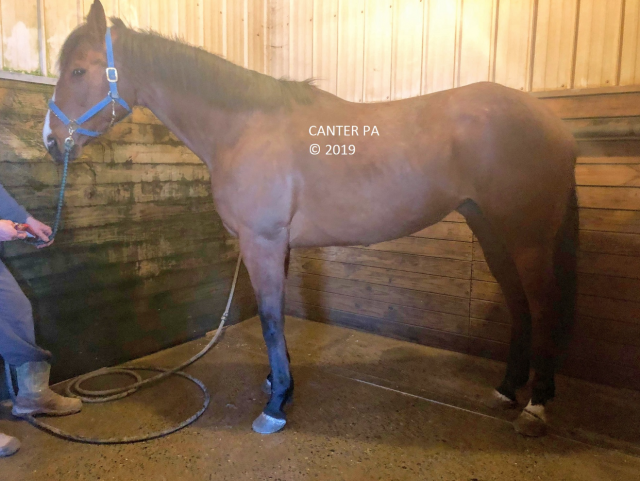 Photos don’t do this lovely girl justice — you’ll need to go check out her jog video on her CANTER page. Tintinnabulation has great bone and a balanced build. She’s also a sweetheart in her stall and her trainer says she’s a lady to work with. Over the years and between her 24 career starts, Tintinnabulation has spent some time turned out at her owner’s farm and has seemed to enjoy the farm life. She has some desired sire lines for sport horses, with A.P. Indy and Rubiano as great-grandsires.