Olympic eventing has shape-shifted quite dramatically over the years, with early editions being nearly unrecognizable side-by-side with the modern sport. As we approach this year’s Olympic Games in Tokyo, which is adopting yet another format, we’ll be taking a look back at its evolution over the past century.

We’ll start with the 1912 Stockholm Olympic Games, the first year an eventing-type competition was first introduced. Imagine completing three days of jumping competition spanning 35+ miles BEFORE you did your dressage test … it would take the edge off, at least! 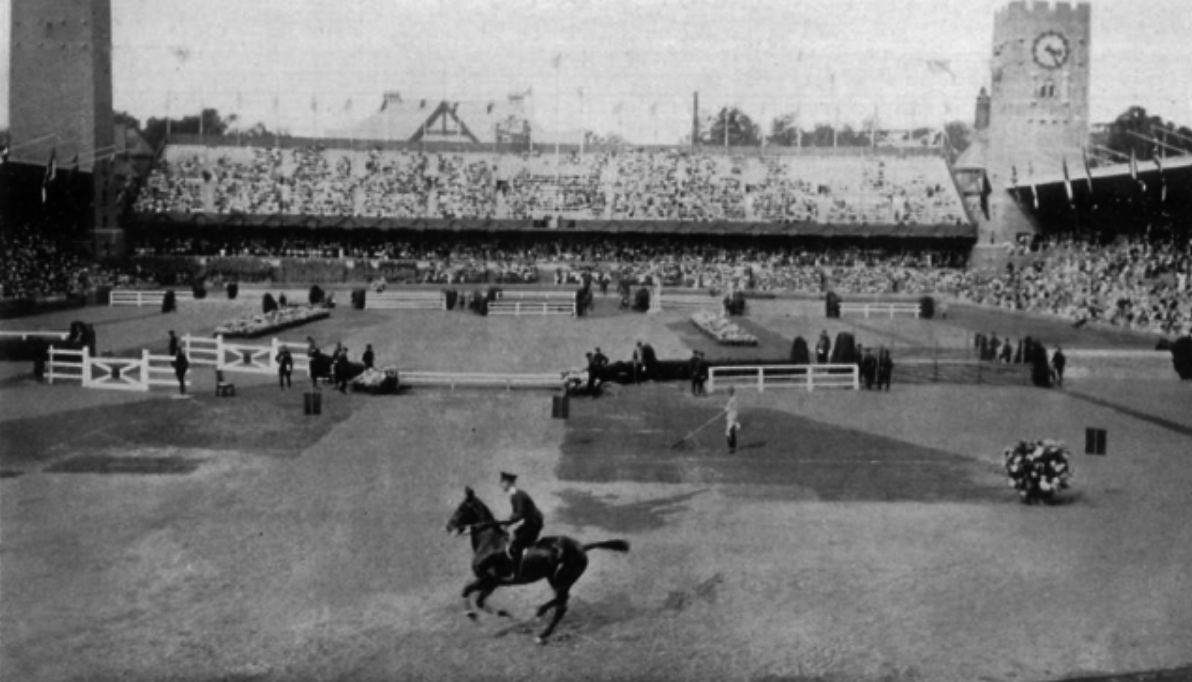 Equestrian events were first held at the 1900 Paris Olympic Games and included four contests: polo, grand prix jumping, high jump and long jump. Equestrian was cut in 1904, and in 1908 only polo was held. But for 1912 the IOC approved the inclusion of the three equestrian disciplines that have been held at every summer games since: eventing, show jumping and dressage … or at least some vaguely related ancestor of their modern versions.

There were still only a handful of Olympic sports at that point, including a few like tug-of-war and lawn tennis that are now retired. Eventing was called “Military” and, as advertised, was open only to servicemen and army horses. Twenty-seven riders representing seven countries took part in the event: Denmark, Germany, Sweden, France, Belgium, Great Britain and the U.S., with all the countries except Denmark fielding a full team of four riders. 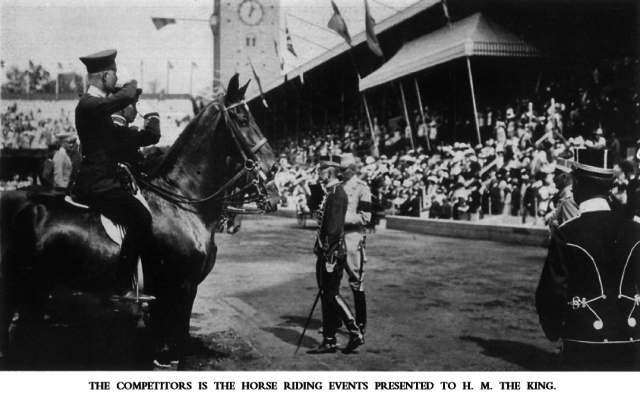 All the components of modern three-day eventing — dressage, cross-country and show jumping — were intact. The order was just a little… different.

The course was marked by red flags but — not surprisingly, considering the map below — three riders were eliminated for going off course. Only one rider exceeded the time limit (4 hours for endurance and 15 minutes for cross-country) on account of his watch being slow.

The cross-country obstacles were described as not difficult, consisting chiefly of fences, with or without ditches, and streams. Points were subtracted for refusals and falls of horse and/or rider.

The ground was hard and the weather was less than ideal, according to the IOC report: “The heat was oppressive and most of the competitors lost weight during the ride, some as much as 4 1/2 lbs., or more, while the saddles grew considerably heavier, by absorption of sweat from the horses.”

To mimic the weight of military field accouterments, the horses were required to carry a minimum of 80 kg (176 lbs.) during the jumping phases. A double bridle was required in all phases except steeplechase. 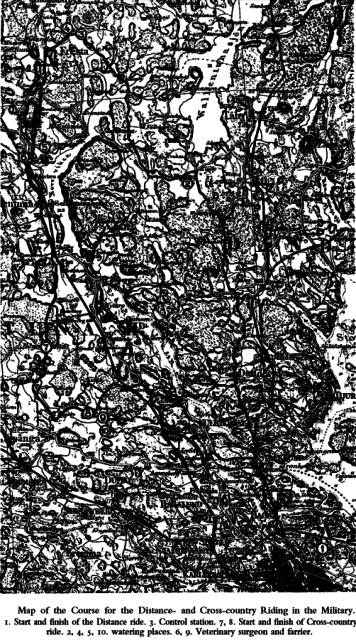 There were 22 starters/Endurance Day survivors, most of whom made it around alright. According to the IOC report: “Of these, two rode the wrong way and retired, one of them, Lieutenant Lawrence (Great Britain) falling at a grass-covered ditch outside the course, the accident causing a slight concussion of the brain, from which the rider soon recovered, however.”

Only two of the 19 starters had jumping penalties and 12 had time faults.

From the IOC report: “With respect to the order in which the various tests should be executed, it was thought best to place the prize riding last, as the clearest obedience-test could thereby be obtained. A well-trained horse that has been severely taxed should, even after taking part in the previous tests, be able to do itself justice in the final one too.” 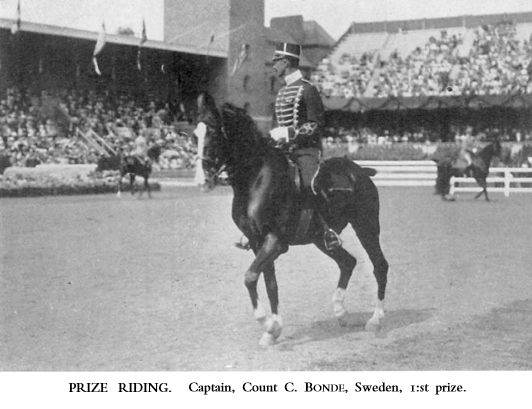 Riders were required to enter the ring at a gallop, halt/salute, and then use the next 10 minutes to demonstrate figures at the walk, trot and gallop at both “collected” and “fast” speeds. Extra points were awarded for various exhibitions of showboatery, such as riding with both reins in one hand. I can’t tell from the IOC report if it was for eventing as well or just straight dressage, but early tests included jumping obstacles and an “obedience test,” which “consisted of the rolling towards the horse of a wooden cylinder, 80 cm. diameter and c:a 1,50 meters long, and painted with stripes in 3 colours.” Can’t imagine too many modern sport horses would be too keen on that! 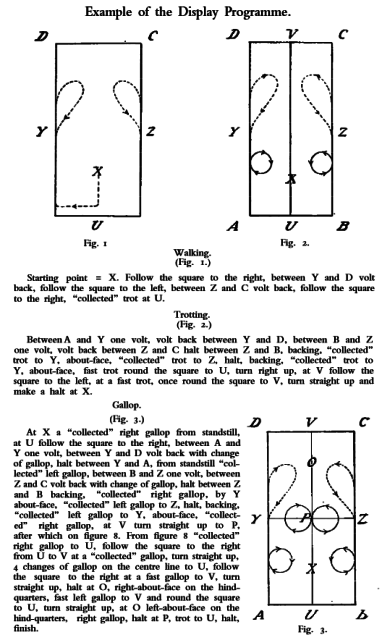 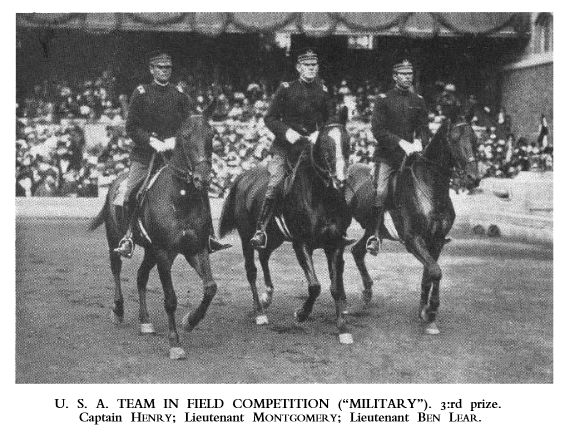 Check out the full 1912 IOC report here, and stay tuned for our next edition of “Olympic Eventing History in Review” in which the organizers decide to get rid of dressage completely! If only that one had stuck….