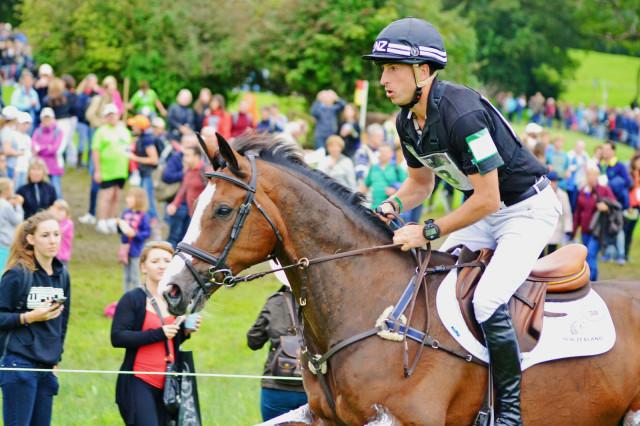 Tim Price withdrew last year’s Rolex runner-up, Wesko, from the entry list earlier this week and now has reported that the 13-year-old Dutch gelding sustained a soft tissue injury that will sideline him for the remainder of the season.

“He has earned a bit of a break,” Tim told NZ Horse & Pony. “Last week I was in a terrible state; it felt life-changing. But now I’m at that stage of accepting it. I can’t do anything else. It happens with horses and I’ve had a really good run.”

Tim previously told EN that Wesko was among his top potential horses to represent New Zealand in Rio de Janeiro later this year, and well deservedly so with three top placings at the CCI4* level throughout his career, including a win at Luhmühlen in 2014.

“Dash,” who is owned by Christina Knudsen and the Wesko Syndicate, will have the remainder of the season to rest and rehab from his injury. Tim will still compete his second horse, Bango, in Kentucky next week for the horse’s second CCI4* start. The EN team wishes Wesko a successful and speedy recovery.