It’s time to play Who Jumped It Best? GMHA Festival of Eventing Edition! Take a look at these photos from the Junior Young Riders Open Preliminary division and vote for which horse and rider you think present the best overall picture.

Cornelia Dorr and Louis M took the JYOP win on a final score of 34.8. If that horse’s name sounds familiar, it’s because the 11-year-old Rheinlander gelding is the former upper-level ride of Germany’s Pia Münker. This horse is a stunner on the flat and hit the 20s in dressage last year at both the Renswoude CIC3* and Weisbaden CIC3*.

Louis M was imported from Germany earlier this summer, and he competed in his first event on U.S. soil at GMHA. Watch out for Louis M and Cornelia, who rode Sir Patico MH in the CH-J* at the North American Junior & Young Rider Championships last month, winning individual bronze and helping Area I win team gold.

As a side note, photographer Joan Davis of Flatlandsfoto noted that “after this oxer they could ride an inside turn in front of me or a longer line behind me to the next fence — thus the reason some riders are looking right and some straight ahead.”

Click here to read more about what went down at GMHA last weekend and more events from around the U.S. As always, many thanks to Joan Davis / Flatlandsfoto for providing beautiful images from Area I’s events. 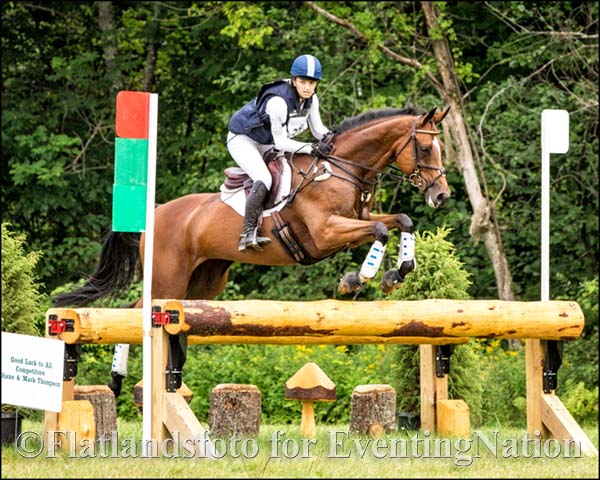 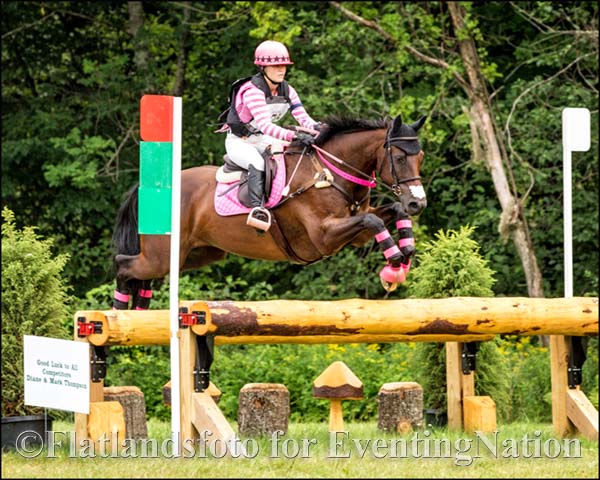 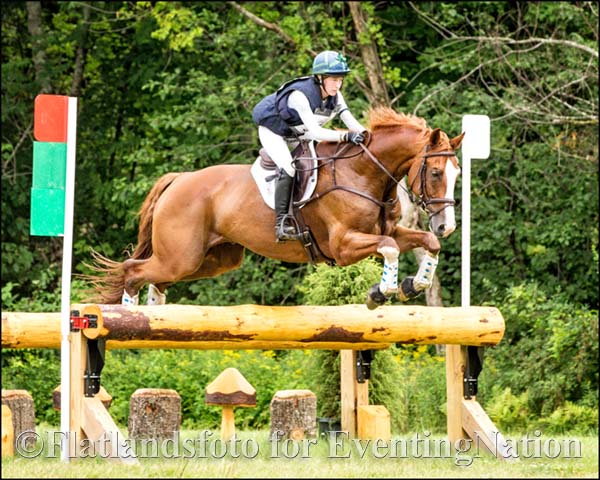 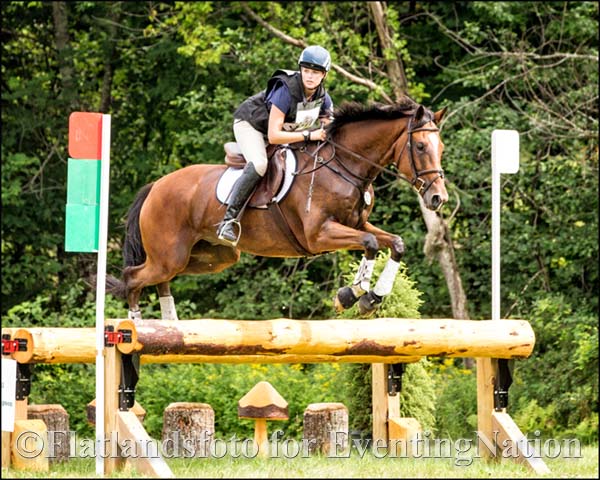 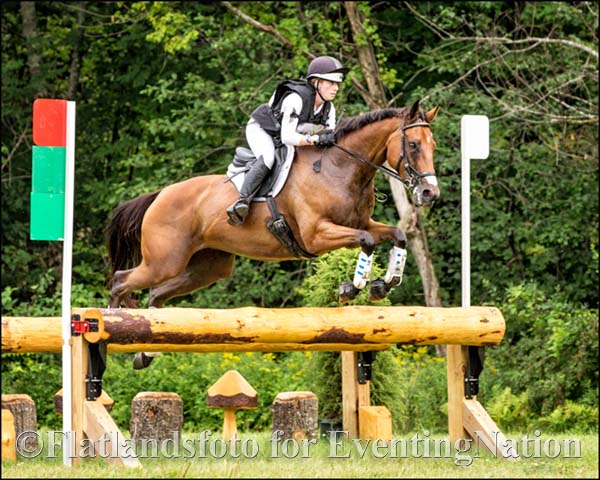 Laine Metz and Queen of Spades. Photo by Joan Davis/Flatlandsfoto. 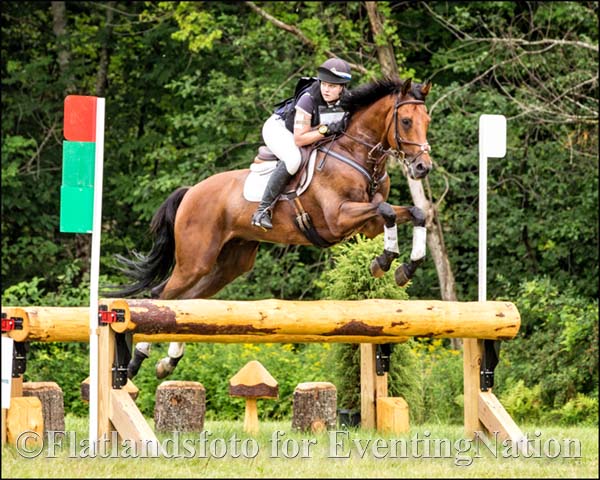