EN’s Hartpury coverage is brought to you by Trefonas Law, an immigration law firm located in Jackson, WY.

Trefonas Law features experienced U.S. visa and immigration law practitioners working with the equestrian industry. We can provide advice and assistance with P1 and 01 athlete visas, short-term work visas, as well as general immigration services. Contact us to see how we can find the right visa for you!

It’s been a real treat to return to the NAF Five Star Hartpury International Horse Trials in Gloucestershire, which made its return to the calendar last week after sitting out the 2019 season. The best bit? Getting to photograph the iconique Birketts Bunker once again. This colossal timber oxer over a sprawling ditch is one of Britain’s great ‘photo fences’ — like Burghley’s Cottesmore Leap, though, it tends to jump brilliantly, despite its bum-clenching proportions.

This year, the Bunker came at fence 16 on the CCI4*-S course. After navigating a significant amount of Hartpury’s not inconsiderable hills, horses and riders cruised downhill, readjusted, and popped an influential pair of open corners on the flat at 13 and 14. Then, they galloped onward to 15, an oxer over a much shallower ditch, before executing a hairpin turn back to this fence. After landing, they galloped on down a short stretch before reaching the second water, which featured a huge log drop in followed by two beefy tables on dry land.

Because of its primary role as a prep event for the autumn’s long-formats — ordinarily lead Burghley, but in its absence this year, an incredibly hilly Bicton 5* — Hartpury tends to provide as much of a stamina test as a CCI4*-S can do, and features big, bold fences that aren’t enormously technical. At this point in the course, riders are discovering whether their horse is quite as fit as they’d expected, and while Birketts Bunker doesn’t ever cause any issues, it can sometimes show off if the communication channels aren’t quite working as they should. You’re not likely to run into disaster if you miss here, but equally, you’ll probably feel as though you’ve gone into orbit in the back seat. It’s best to use that hairpin turn to balance and add power from behind so you can commit and attack — just don’t look down!

Now, it’s over to you, dear readers: we’ve rounded up a collection of snapshots of the Bunker from throughout the day. Have a browse through each pair’s form and then scroll down to cast your vote for the best effort over this epic hunk of timber. We’ll announce the winner on our social media channels on Tuesday, August 24. Happy voting! 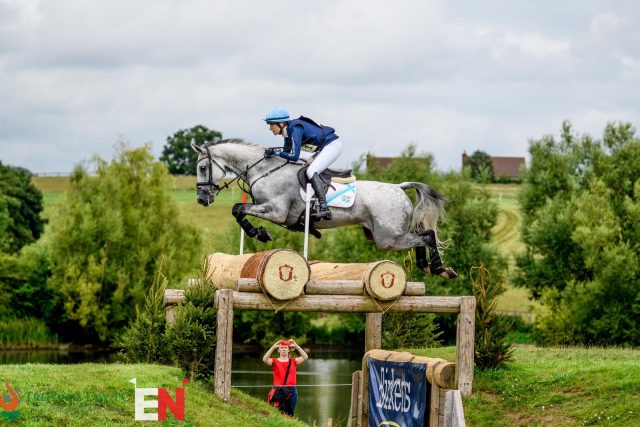 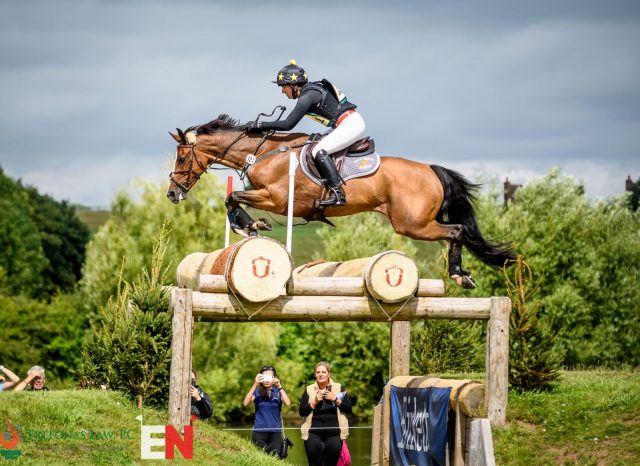 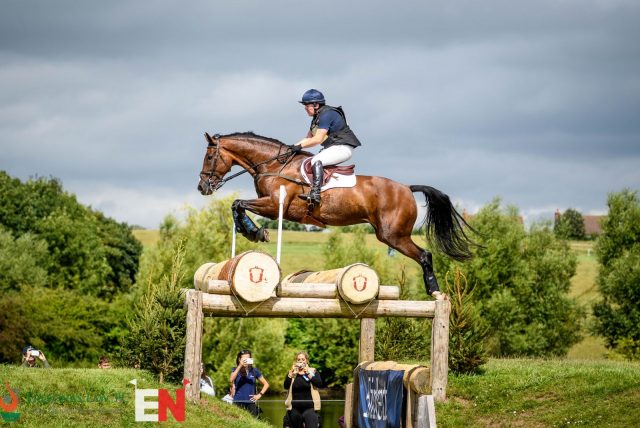 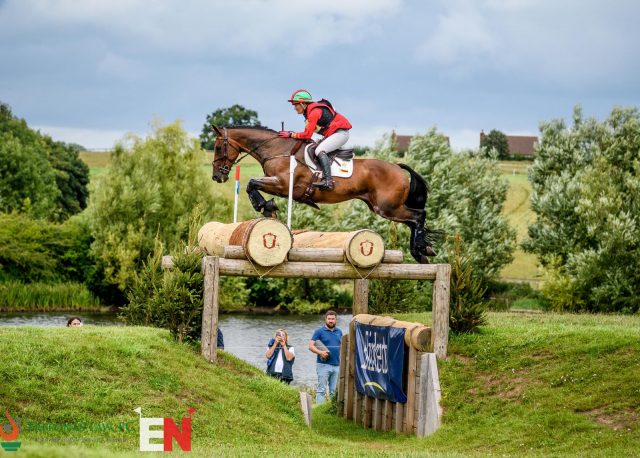 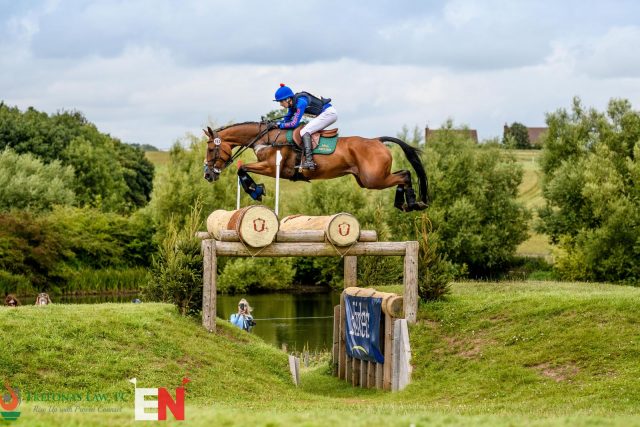 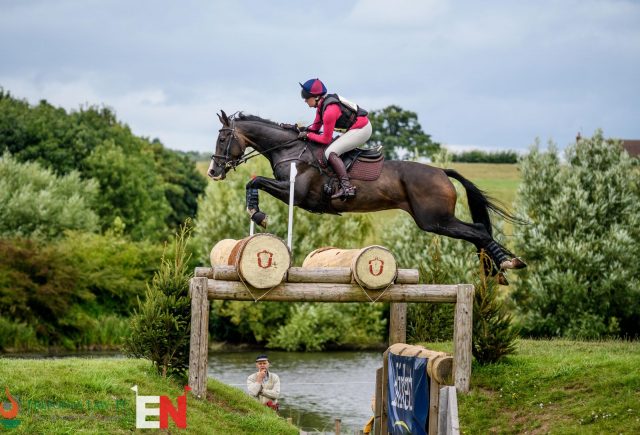 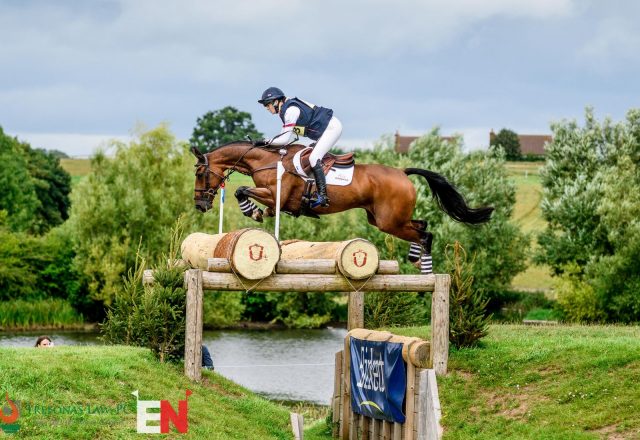 Molly Faulkner and Call Me Cooley. Photo by Tilly Berendt. 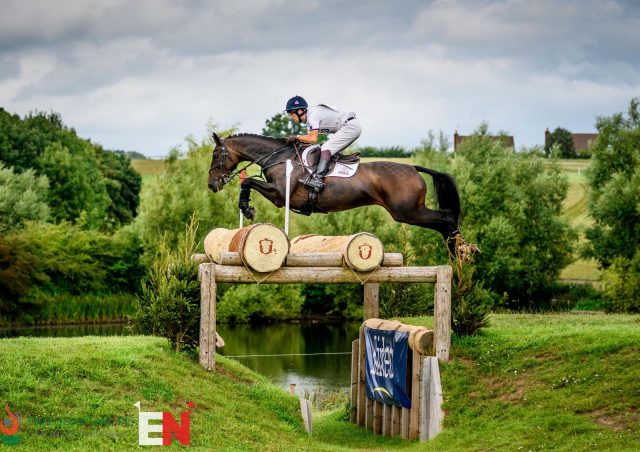 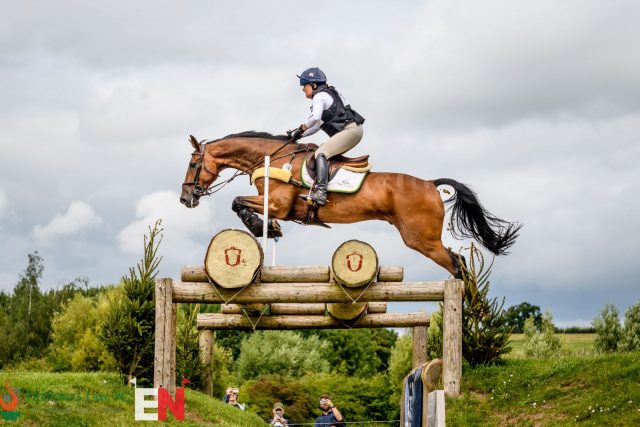 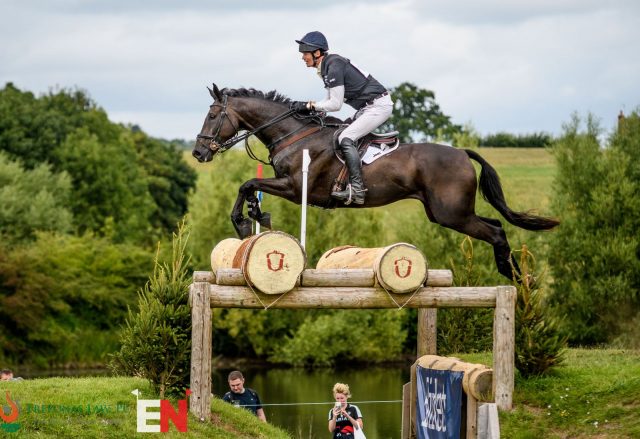