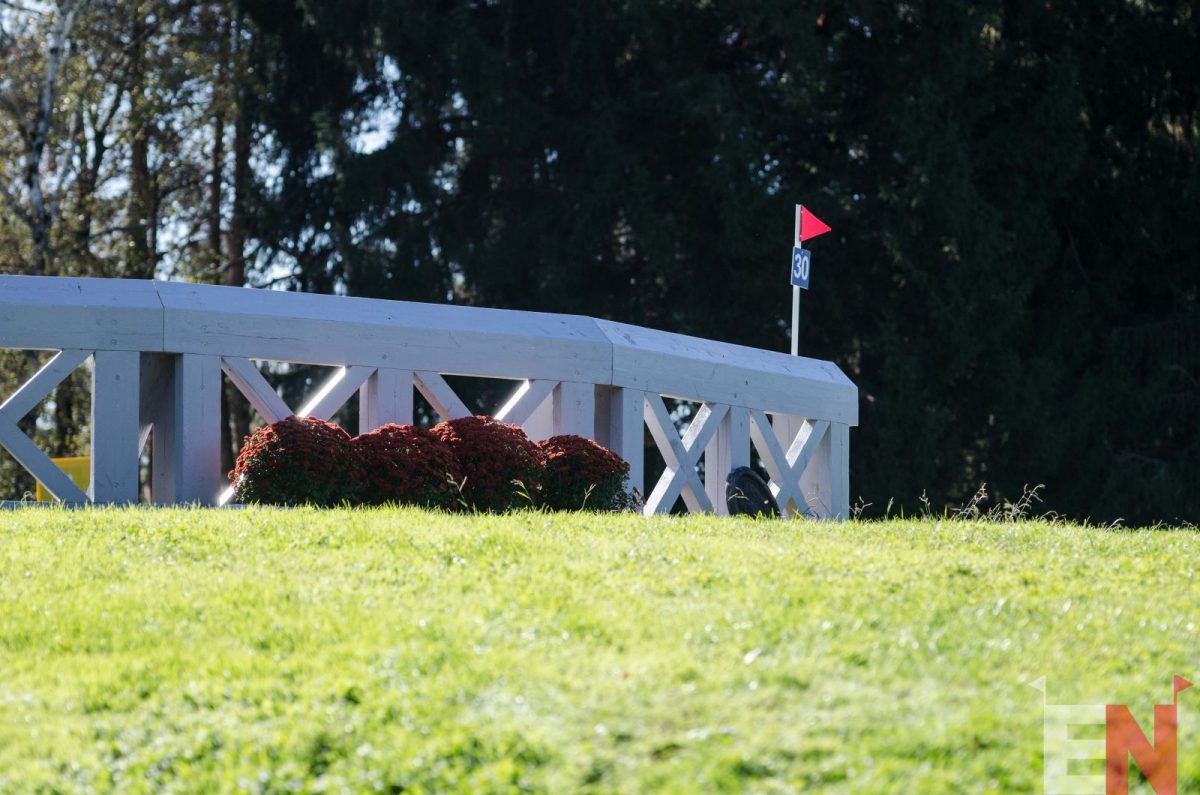 The outpouring of comments and emotion following Crackerjack’s tragedy at Pau has one huge positive. Probably more than in any other equestrian sport it shows that we care. We care deeply about our horses and care deeply about our sport, and in this we set an example to the rest of the equestrian competition world that may not have such high standards.

As I said on Monday I am so saddened by what happened to Crackerjack. He was a wonderful horse who was thriving under Boyd’s care. It is a huge loss for both all those who have been with him on his very special journey and for all the hundreds in our sport that have followed his career.

However, his fractured leg was also a classic case of misdirection, that meant we missed something else that was hugely important that took place only an hour earlier 100m from the point of Crackerjack’s slip.

Just five weeks ago, at a fence without frangible technology, 29-year-old Maxime Debost died in a rotational fall while competing in the CCI1* at Châteaubriant Horse Trials in France. Now in France once again and in light of the overwhelming support for frangible technology, we could have expected a significant use of this as at Pau this year.

However, when walking the course, despite some use of MIM clips, I saw that that there were two gates, fences 19 and 23, and a vertical on the top of a mound, fence 30, that did not have frangible technology. The two gates in question both had good ground lines and jumped well, but this does not mean that frangible technology was superfluous, as the fence in Châteaubriant also had a good ground line.

During the day several horses got away with putting in an extra short stride before take off, having run out of courage or energy when their riders were inaccurate, but there was one who was not so lucky. Britain’s Laurence Hunt suffered a heavy fall here with Wie Donna’s Niieuwmoed. It was a slow motion fall that began as rotational, but then finished with Wie Donna’s Niieuwmoed, falling vertically and then to the side.

Laurence was taken to hospital, and it appears he just suffered bruising and shock rather than anything worse. But with a little less luck and a little more speed, there could have so easily have been another fatality at Pau. Surely this is not acceptable. Frangible technology needs to be made compulsory before next season and before we jeopardize the future of our sport.

Putting our energy into the right priorities

A rider fatality is obviously in a different league of horror than a horse fatality, yet what concerns me is that there has been relatively little response and support for the USEA, the Canadian Eventing Committee, the International Eventing Officials and Badminton Horse Trials, who in the last two weeks have all called for the mandatory use of frangible technology in FEI eventing.

The contrast between this lack of response and the huge response regarding Crackerjack suggests that we need to have a discussion about our priorities in eventing.

What happened with Crackerjack

I had watched Crackerjack and Boyd especially closely throughout most of his round because as is well known I love a horse with good Thoroughbred blood, and I think Boyd is an exceptional rider. They took all the direct routes and were fluent and confident throughout. Without a doubt it was one of the very best rounds of the day, and they approached the arena with ears pricked and full of running.

Things happen so quickly that short of seeing the slow motion footage I can only say it looked to me like his near fore slipped to the outside as they reached the sand — sand that was already loosened by all the horses that had gone before.

I had a conversation with Chris Bartle earlier in the day about the need for the rider to ride this turn with care, keeping their horses balanced and following a line like a racing car would take. There were several in the two-star competition who failed to do this, but Boyd had set up Crackerjack beautifully for the turn, and they were both in a great balance.

Did Pierre Michelet get it right?

Was the course at Pau too challenging? Did it ask too many questions? I would say definitely not, especially as it did not have the size and fear factor of a Badminton or Burghley. Did it have an exceptional number of skinnies and corners? Yes, which is why few got clear rounds.

The first corner at fence 7B produced 11 runouts, including such experienced riders as Mark Todd, Caroline Powell, Izzy Taylor and Maxime Livio, while the first water complex with two arrowheads produced nine runouts, including Andrew Nicholson and Jonty Evans. The fact is that the vast majority of faults on the course were not falls or refusals but runouts. In the main arena the horses jumped very well off the ground and few struggled at any time if they stayed on the right lines.

Course designer Pierre Michelet placed a significant question near the end of the course, the three angled cottages at fence 29, so the riders made sure they did not go so fast that they ran out of petrol before this. In fact, it was noticeable that in general riders rode sensibly and did not just chase the time. I only saw three horses finish tired, and I hope the officials spoke to them and/or gave them yellow cards. It should be remembered that this was not an almost 14-minute track plus steeplechase as in ‘the auld days’ but just a little over 11 minutes — a much more reasonable demand on horses.

There were five horse falls, with three at the Vicarage Vee combination at fence 11, one at the first water and Laurence Hunt’s fall at the third last. The Vicarage Vee, combination severely punished those who lost their line, but it was not big and easier than the Vicarage Vee at Badminton. So overall I did not consider the course unfair, and the results confirm this.

I am encouraged by what is happening at the higher levels of competition in all three major disciplines. Dressage has taken a huge leap forwards with the Olympic and World Championship success of Charlotte Dujardin and Valegro and the methods of Carl Hester. Not only has it put a new emphasis on ease and harmony, that without doubt has arrived both at the judges’ huts and in the minds of leading trainers and riders, but it has also had a beneficial effect on eventing dressage.

I was not busy at Pau so I spent the majority of three days looking at the dressage, and I was delighted to see so many more happy horses and much less aggressive riding and use of strength both outside and inside the dressage arena. It is still not a totally clean sheet but without doubt the horses show less tension, and double bridles are almost a thing of the past. We still have to find a way to consign cranked nosebands and all rollkur and roughness to the dustbin, and in pure dressage we still need to allow the use of a snaffle bridle in international competitions, but things are better.

In show jumping a combination of shallow cups, lighter poles, greater technical demands and in particular smaller courses at the highest level than in the past has put more emphasis on training and rider ability and less on sheer courage and brute strength. So performances are much more refined and harmonious and horses are more gymnastic and less abused, although we still have some way to go on stopping the the habitual use of pulley reins and pinch boots.

It is in international eventing where we have seen the biggest positive leap forward in riding and training standards. To win an international competition a rider has to produce a level of dressage that would be competitive in pure dressage at the equivalent level, and on the final day be fit enough and sufficiently well trained to jump a show jumping track that is significantly bigger and more technical than in the ‘good auld days’. So now more than ever the show jumping is fulfilling its role in ensuring horses are well prepared and ridden on the cross-country so they can perform well on the final day.

Good cross-country performances have probably been hindered in the recent past by riders neglecting the cross-country training, not using suitable horses and not getting the fitness levels right, but I think there is a change in all these areas now. Of course many in the sport do not like the increased use of technical cross-country challenges, but they do reward those who train well and in general the fundamental requirements of cross-country riding remain. Riders still have to jump at speed over varied terrain displaying huge courage and fitness, even if they do have to do it now with more control and precision. But we need to allow them to do this over fences using FT, or otherwise we will risk both more unnecessary fatalities and risk killing the sport.

The extraordinary skill set, both width and depth, of the riders at the top of international eventing is almost certainly better than it has ever been. There are a host of riders who are consistently producing results on many different horses that are simply superb. Among others riders such as Michael Jung, Andrew Nicholson, Caroline Powell, Tim Price, Kristina Cook, Piggy French, Phillip Dutton, Ros Canter, Mark Todd, Kevin McNab, William Fox-Pitt, Astier Nicolas, Gemma Tattersall, Chris Burton, Boyd Martin and Maxime Livio all show that the sport has riders leading us into a new era of excellence.

Eventing — an exceptional sport for horses

Without doubt eventing is also good for the whole horse population because of the very high standards it encourages for both stable management and all round equestrian education, including a more varied and natural lifestyle than is often the case. For this latter reason alone eventing is so important for the sport horse industry as a whole.

In addition an event horse is more likely to have a long useful life instead of spending far too many years in bored retirement. The all-round event horse qualities and abilities, even in smaller quantities, make the event horse type the ideal sport and pleasure horse for all the activities and levels that the majority of riders require. Therefore a retired event horse will always have several other jobs to do.

There is a final point to be made: One of the greatest strengths of eventing has always been the humane values that are on regular display. At the core of these values is the need and desire to treat both humans and horses with respect, and the willingness to support those in need or difficulty. Long may we continue to do this and long may we treat each other with mutual respect as we work together to protect, develop and treasure our wonderful sport. Both in the short and long term this should be our focus.