The highest-scoring U.S. event horse of all time is receiving one of the highest honors: a Breyer model of his own. Carl and Cassie Segal’s Ballynoe Castle RM, or “Reggie,” who spent his career with Buck Davidson, has been selected as the Breyer Fest 2020 Celebration Horse. The 19-year-old Irish Sport Horse gelding by Ramiro B will be making an appearance at Breyer Fest 2020, which will be held July 10-12 at the Kentucky Horse Park. 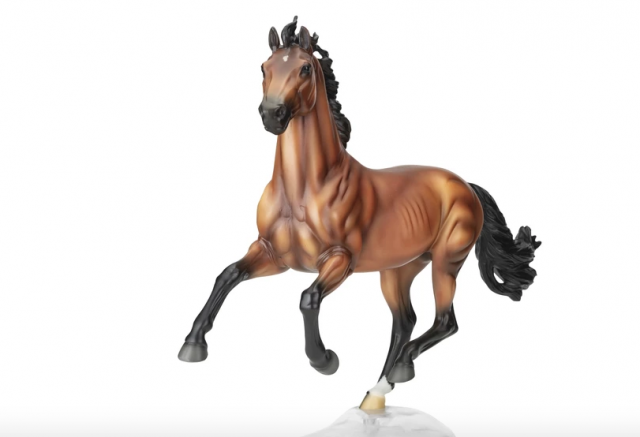 Ballynoe Castle RM certainly needs little introduction to eventing fans. After an illustrious career with Buck, which includes six now-CCI5* completions and a USET Foundation Pinnacle Cup at Rolex Kentucky in 2013, Reggie was formally retired from competition in 2017 after a brief stint campaigning with his longtime groom, Kathleen Murray.

“We call him the GOAT — the Greatest of All Time,” owner Cassie Segal said in a video announcing the forthcoming Breyer model. Both she and Carl as well as Buck and Kathleen will all be in attendance at Breyer Fest, so this will be an event to mark on the calendar now. Reggie’s model is exclusive to BreyerFest 2020 Celtic Fling and is included with the Three-Day ticket package. Tickets go on sale in January 2020. The model will not be available at retail so EN fans who wish to get their very own Reggie should purchase tickets to the event!

Reggie is going to be a Breyer Horse! We are very excited to share that Ballynoe Castle RM has been selected to be the…