As thrilling as it was to watch Buck Davidson grab CCI3* and CCI2* victory by the horns, as exciting as it was to witness Mackenna Shea wrestling that big blue CIC3* ribbon to the ground, there is no trophy on earth big enough to contain the glory of the most important Rebecca Farm eventing competition that took place last week.

The Halt Cancer at X Challenge was, for liability reasons I’m sure, unsanctioned by the FEI, USEA or the USEF. Yet it pitted against one another four of the most decorated figures in American eventing in a race for dignity, honor and cold hard cash donated toward a great cause: Halt Cancer at X, the fundraising campaign created in memory of The Event at Rebecca Farm founder Becky Broussard. 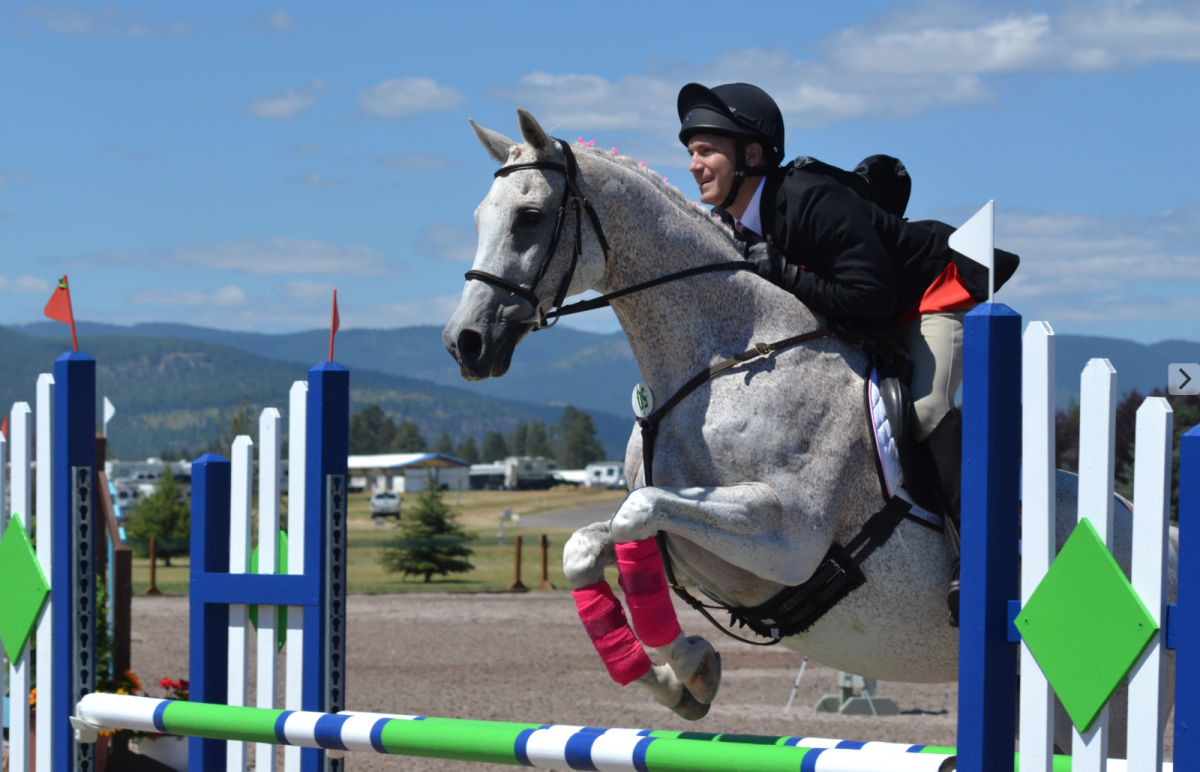 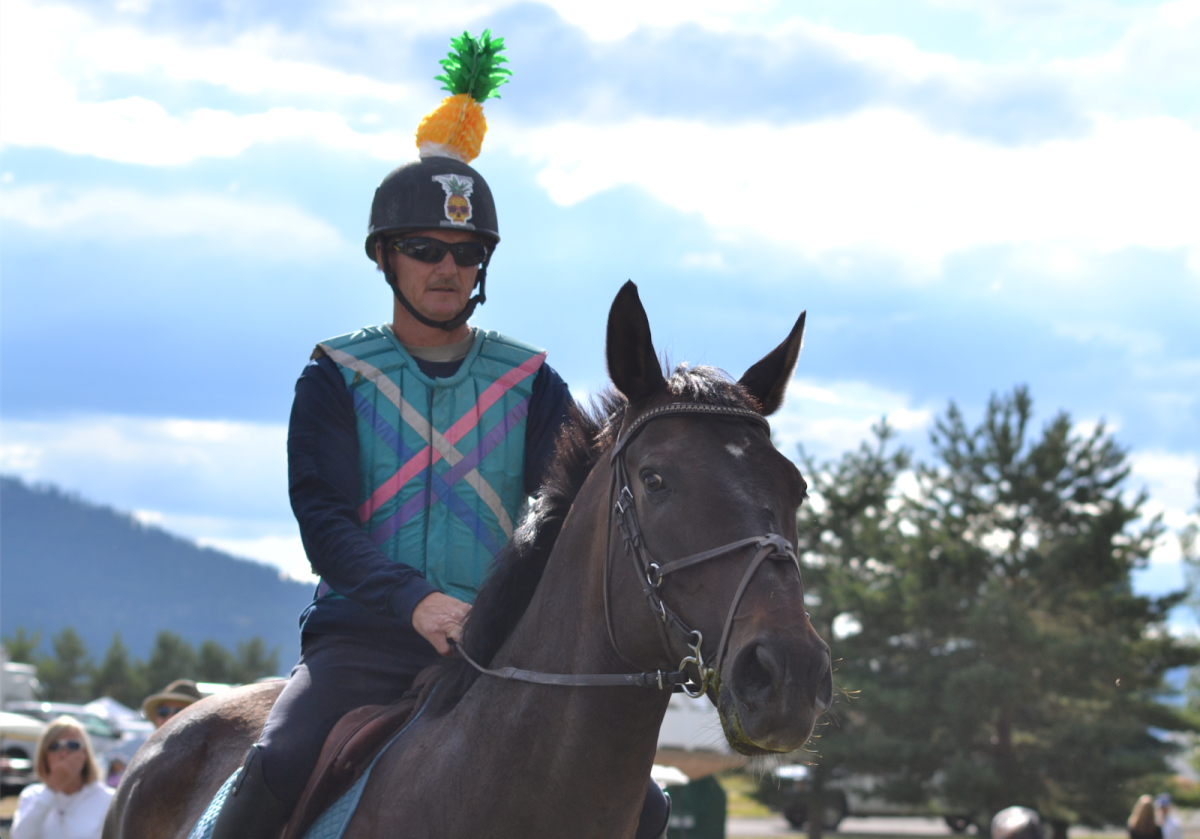 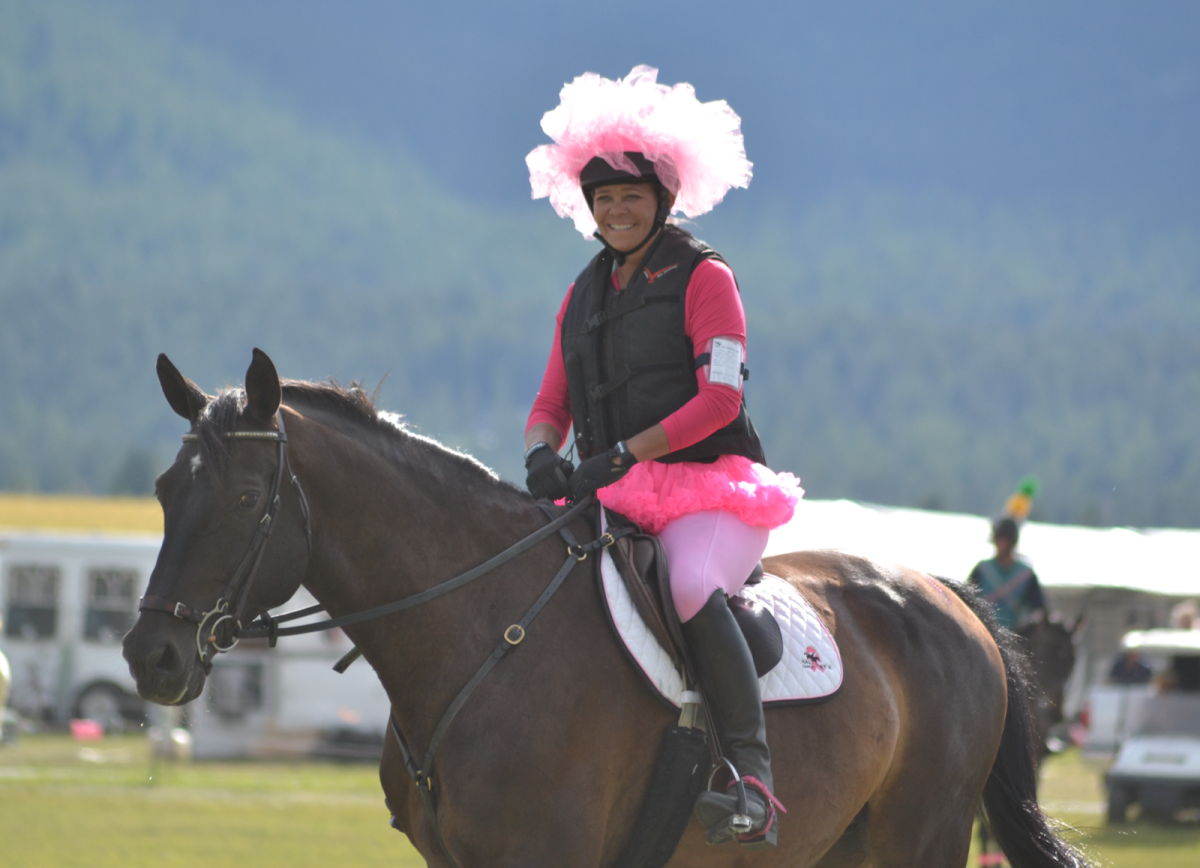 Bobby “Pretty in Pink” Stevenson, member of the ground jury 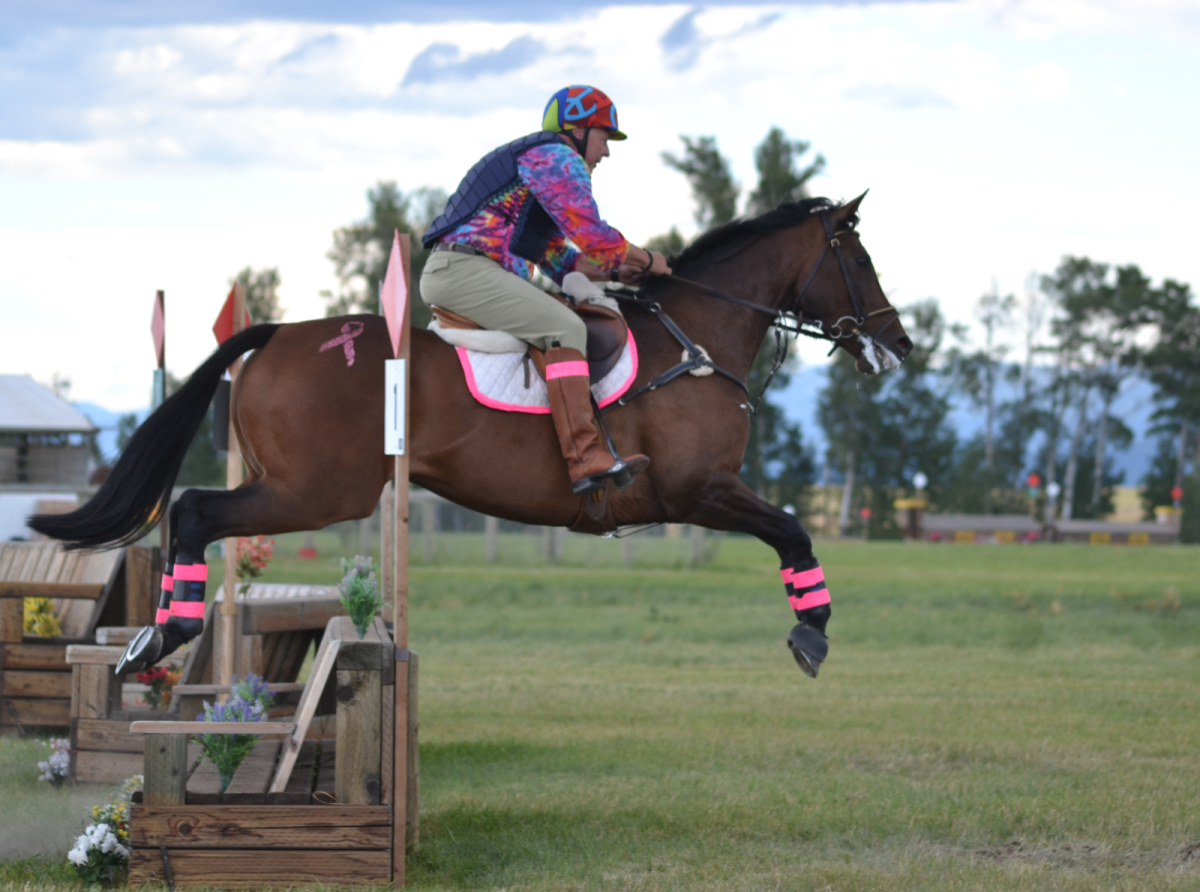 The rules were, admittedly, a bit hazy. It was a three-phase eventing competition — that much was clear — but in this case it was more of an interactive sport. Spectators’ on-the-spot donations went toward coercing the competitors into completing tasks (removing one’s shirt during the dressage test, for instance) or adding/subtracting points from their score (example: X amount could buy a rider a dangerous riding penalty).

When it came to the courses, too, nothing seemed certain. Cross country was a sort of gambler’s choice, with riders selecting their own route and obstacles and typically getting lost in the process.

Mere moments before Rob Burk was set to leave the start box, he gazed out upon the cross country course with a blank look on his face.

“My strategy is to figure out what the jumps are before I jump them because I haven’t seen any of them yet,” he told EN.

Good plan, Rob. Rob is an accomplished equestrian himself, a graduate H/A Pony Clubber who achieved success as a Young Rider and went on to coach the Otterbein University Equestrian Team and the U.S. Naval Academy Equestrian Team. It has, however, been a while.

“This will be the first cross country jump I have done since 2006,” he admitted in the final waning moments before his run. “But I won my last event! I think it was Beginner Novice.”

Rob looked extremely competent where we saw him, but he knew that if he was going to win the Halt Cancer a X Challenge, he needed to bring something special to the table. Like, a handstand.

… but on the cross country it didn’t go as planned:

Perhaps the biggest cross country surprise came when announcer Ed Holloway went rogue, tucking his trousers into his socks and borrowing Sarah’s mount for an impromptu cross country run that included at least one three-star table. 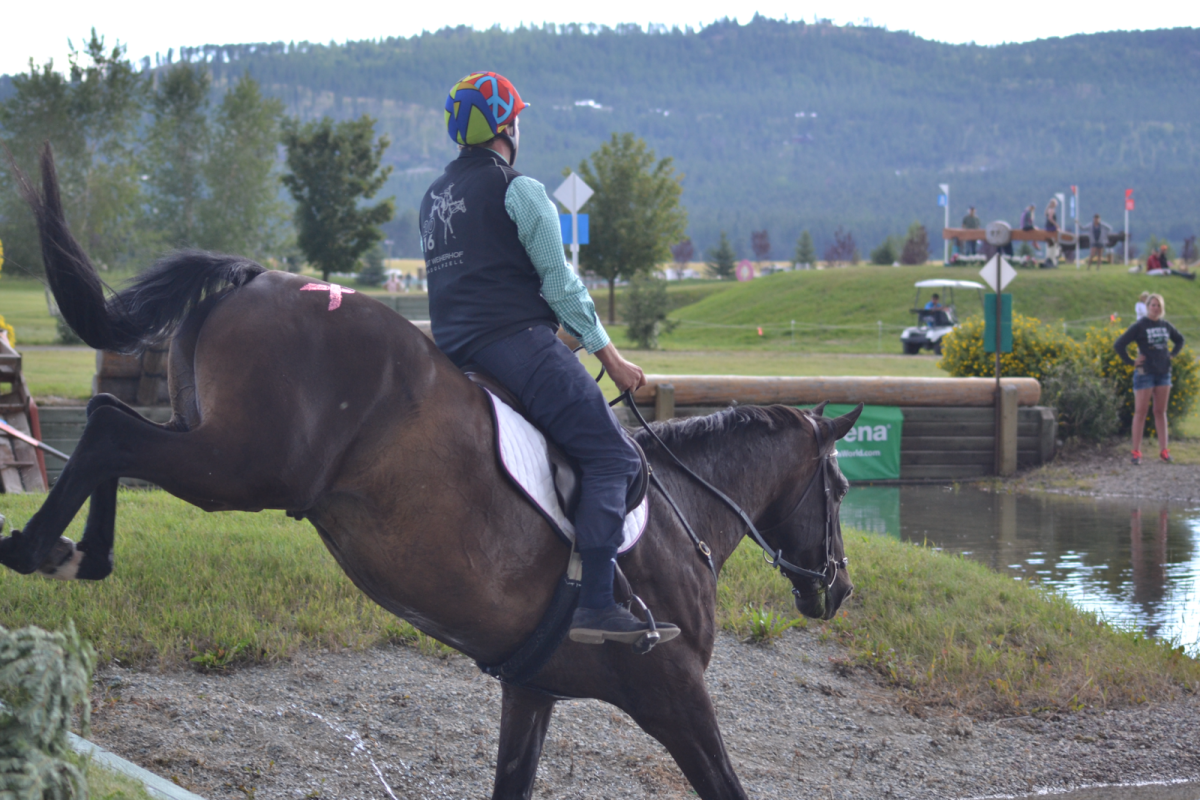 Ed’s role as instigator carried over into the show jumping phase. 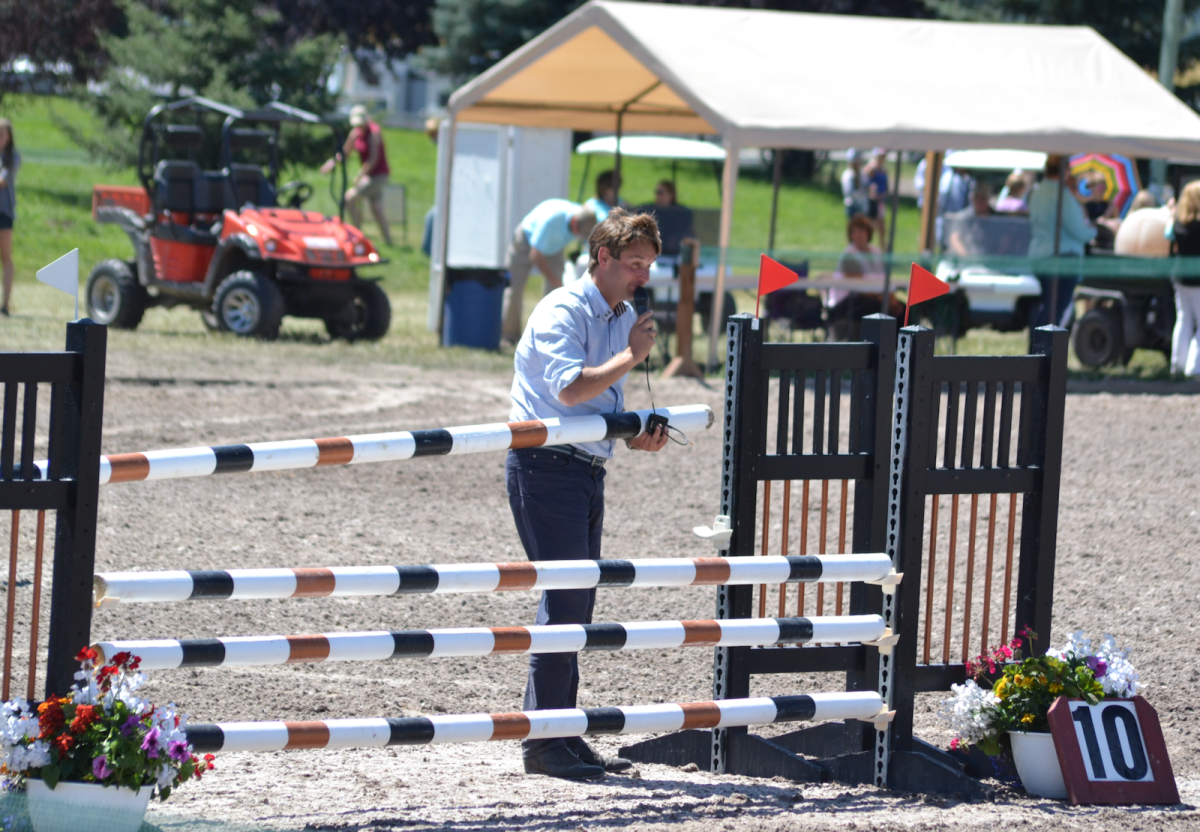 “Who wants the last fence a bit higher? I’m going to tweak it a bit.” Photo by Leslie Wylie.

But a little four-hole “tweak” couldn’t stop the celebrity competitors, who made short work of the course. Well, slightly longer work in the case of Bobby Stevenson, whose ability to jump obstacles in numerical order seems to have collected a bit of dust since he competed in the 1992 Barcelona Olympics. 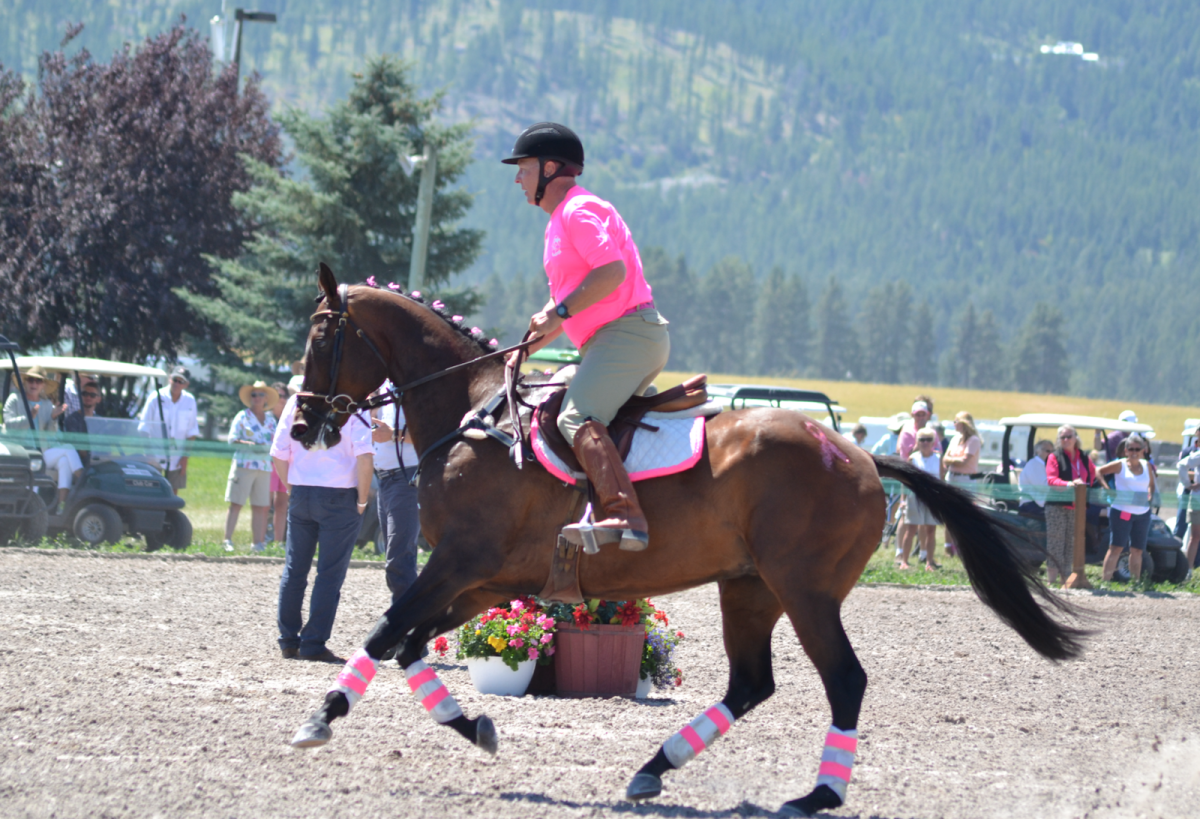 One never tires of watching Bert’s pineapple bobbing around a course: 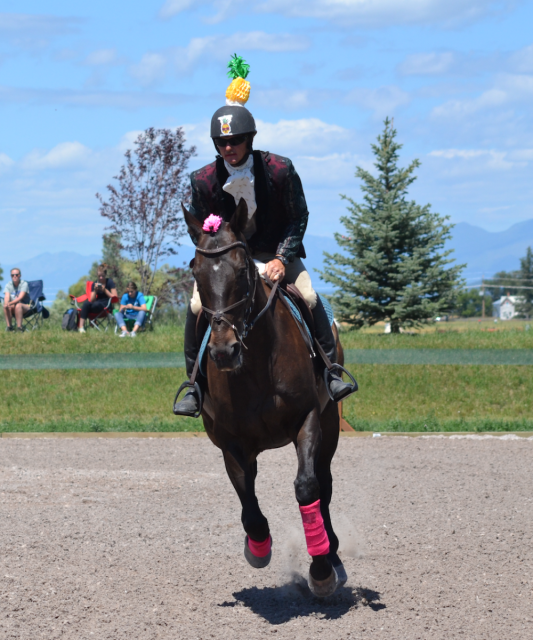 This photo does not do justice to Bert’s pink lipstick. Photo by Leslie Wylie.

Course builder Bert “the Human Pineapple” Wood is chill like a Piña Colada down the line in the Halt Cancer at X Challenge. #rebeccafarm #haltcanceratx

Sarah, eventing’s own sugarplum fairy, kept the crowd on its tippy-toes: 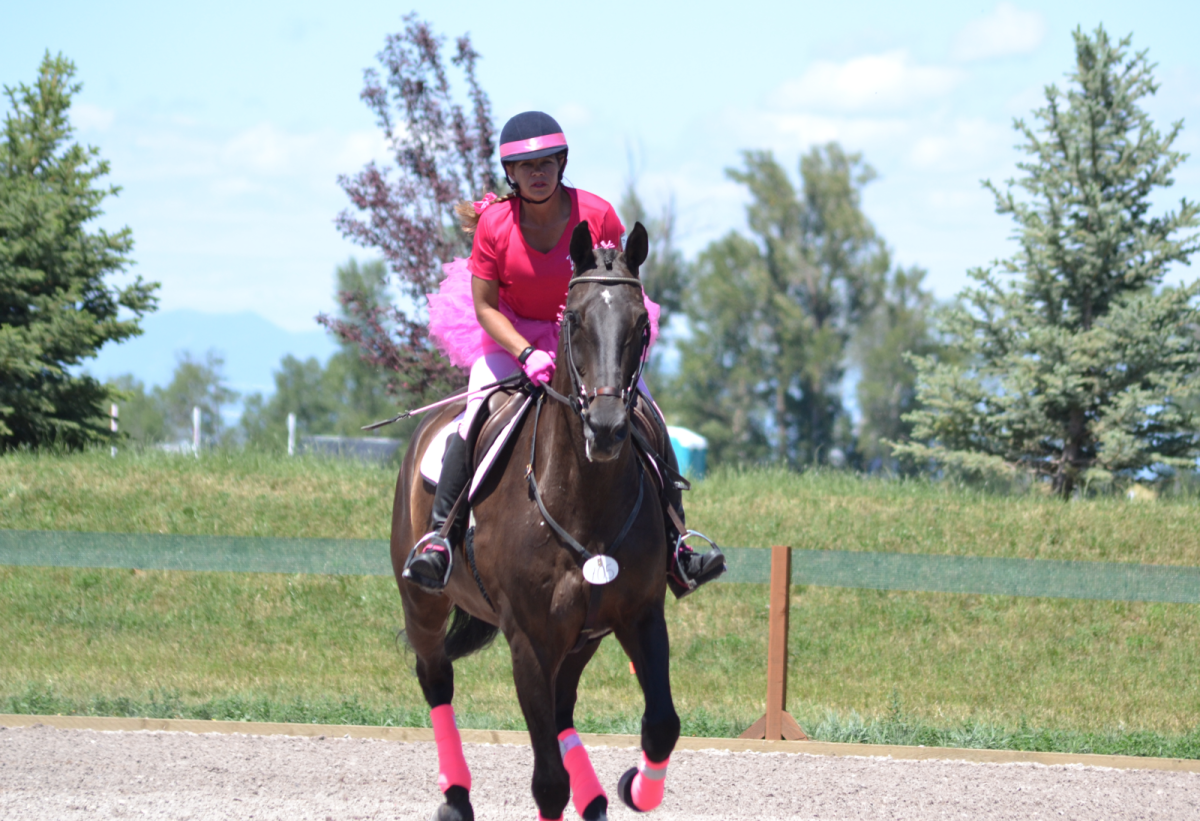 And we loved watching Rob canter around like a happy little kid with a big grin on his face: 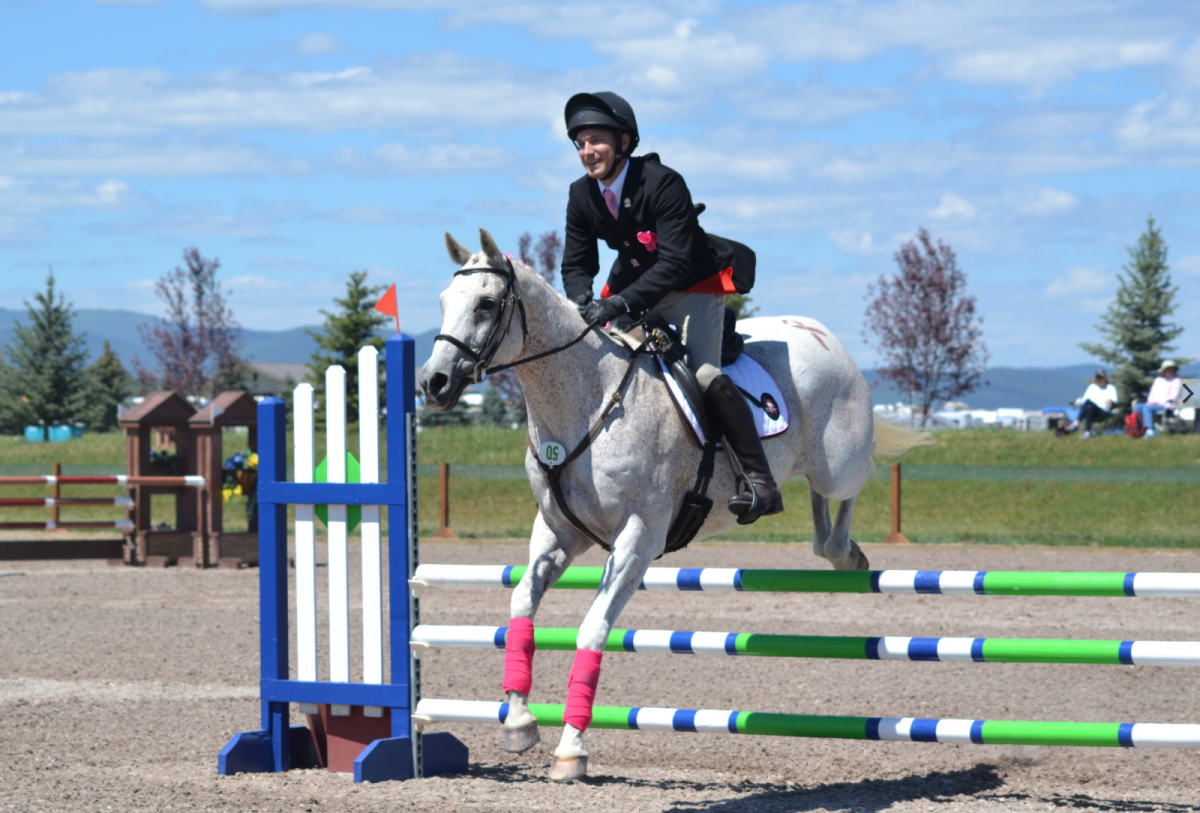 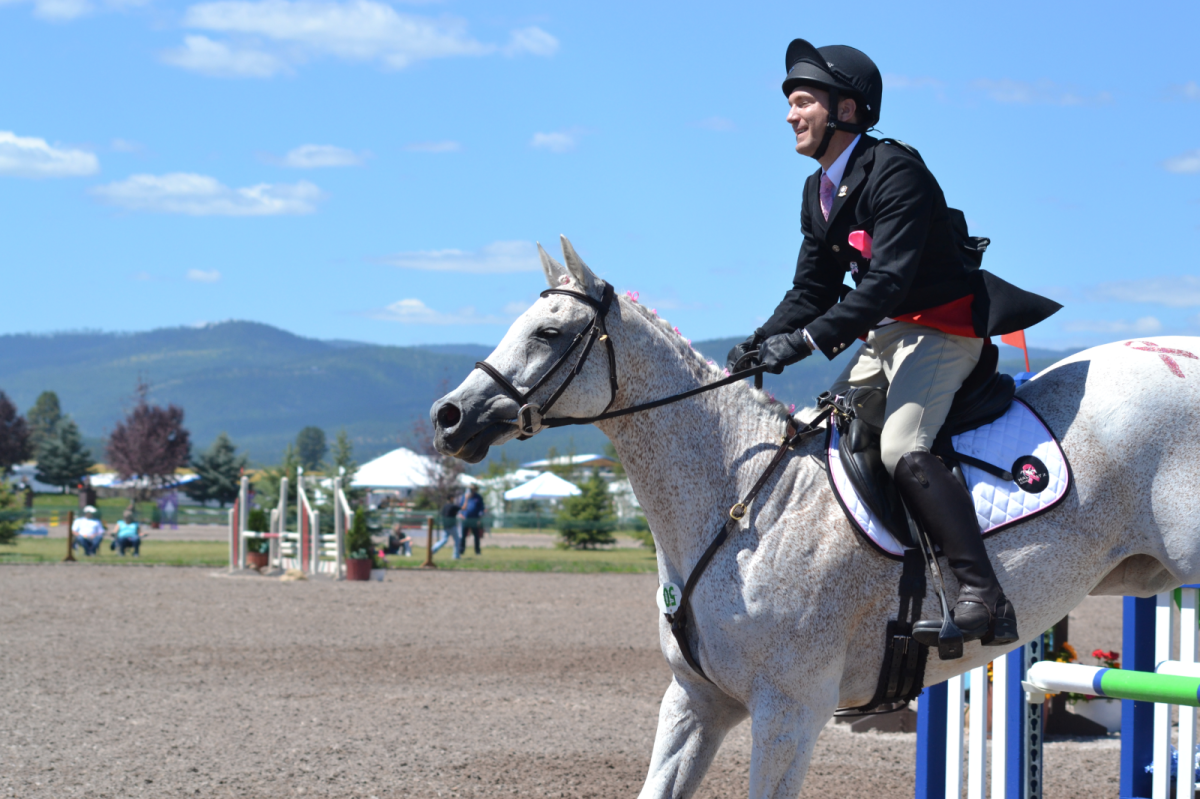 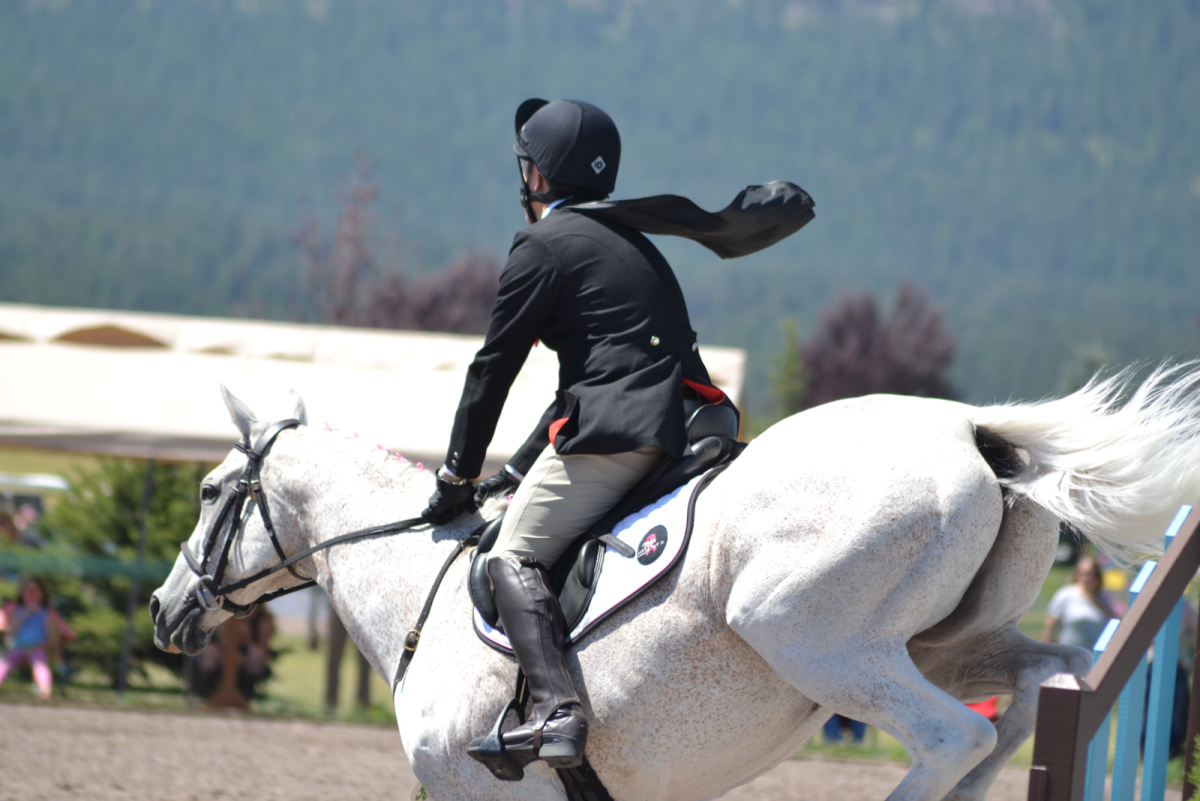 The cape in all its glory. Photo by Leslie Wylie.

He’s the hero we want, need AND deserve … a thrilling performance by the USEA’s own silent guardian and watchful protector Rob “The Dark Knight” Burk! #haltcanceratx #rebeccafarm #feeltheburk

And the winner was … I’m still not sure. But it was good sport, fun was had by all, and between the Halt Cancer at X Challenge and other fundraising efforts throughout the weekend, the 2016 Event at Rebecca Farm raised $117,000 to aid cancer awareness and research.