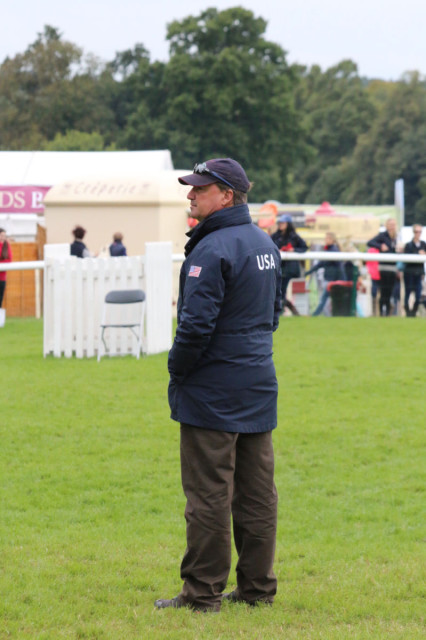 U.S. Team Coach David O’Connor was kind enough to stop and chat this afternoon at Burghley once all the dressage was over and discuss the U.S. performances thus far, and his expectations for them cross country on Saturday. On the whole he was pleased with the way the first two days panned out for Team USA.

“I thought the quality of all of them was good, but there were little things that took away from the scores being under 45. It’s not that electric of a ring; I think it’s intimate enough that it’s not that electric. Sometimes the big rings at places like Kentucky can be more electric because everything is so far away. But with smaller rings like this, they don’t tend to change as much as they can in other rings. The horses I thought all performed and went well, it was just little mistakes that kept them from being below 45, which to me is the big mark.”

Comparing Burghley today to say, eleven years ago when Andrew Hoy won on Moonfleet as we talked about yesterday in the press conference,  David is in agreement that the depth of quality has increased exponentially.

“There were always one or two people or horses that were playing dressage at this level. Now there are 18 or 20 that are playing at a very high level. It’s not just the quality of it, it’s more the numbers of people who have risen to that level. That’s changed the competitiveness, and that’s a very healthy thing for the sport.” 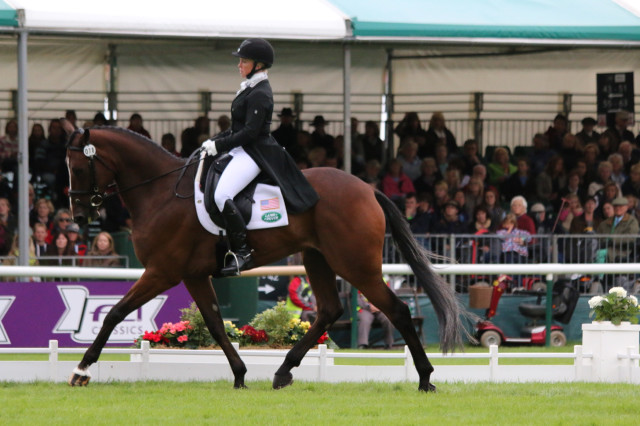 Colleen Rutledge and Covert Rights in the dressage phase at the Land Rover Burghley Horse Trials 2015. Photo by Samantha Clark.

Speaking of the good old days, David did of course fondly remember Giltedge — who passed away yesterday at 29 years of age — and maintains he would have been a competitive horse today, although he never brought him to Burghley,

“I never thought that this was his course, it wasn’t his type of course. He wasn’t the fastest horse in the world but he was so competitive in his mind, he tried so hard in everything that he did, he was SO competitive, he just loved being in the game but I never brought him here. This is not the course for every horse; you can have Olympic Champions and World Championship horses that will win those but they aren’t all Burghley horses.

“I think Giltedge would be just as competitive today, in a general market in the sport, there’s no question because he was very consistent in the dressage, in the 30s — a 41 was a bad score for him. He always jumped clear in the show jumping, and the cross country he just hammered on it, so I think he would have been very, very competitive today as he was then. He had all his changes; none of it would have been an issue.”

The cross country, of course, looms large tomorrow, in fact it looms enormous (click here to preview the course), but David is hopeful that the squad here this weekend will get the job done,

“We walked the course yesterday. I’ve been around it three times already. They’ve been walking it on their own today, and we’ll come back to talk about it this evening. It’s a fitness course. Going the other way around, I think the terrain will have more of an effect than it has in the past years, so it could play very much into these Thoroughbreds in lots of ways. It will be a big day tomorrow.” 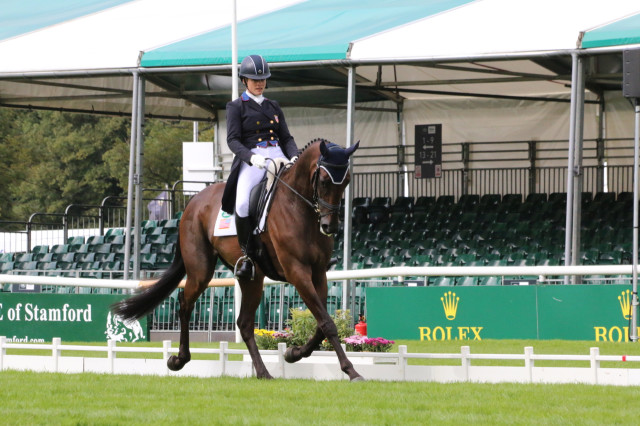 Lynn Symansky and Laine Ashker are of course both sitting on OTTBs, or ex-racehorses as they’re better known over here, and David wants them to capitalise on their opportunity to make a move,

“I really want Lynn to think about going for it and being very competitive; it should be a very good day for her. I think with Colleen’s horse being the youngest, she will need to go out and try to make it a good day for him. If he’s getting impressed, she might need to take some longer routes. I think Lainey is going to go for it. Even though it’s her first time here, it’s an older horse and this is why she brought him. I think she’ll take a crack at it.” 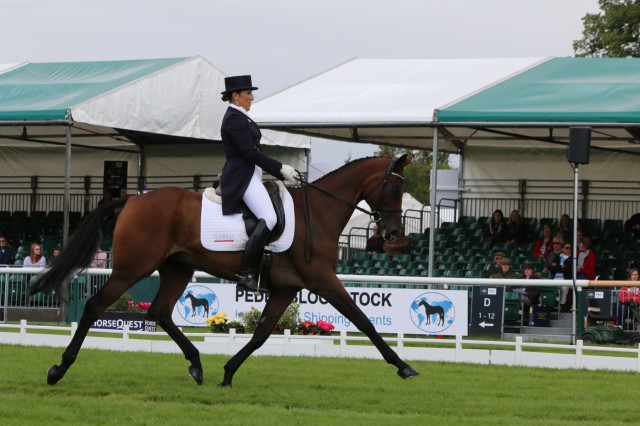 Nervously anticipating a full day tomorrow and hopefully a successful one for our U.S. riders and adopted Irishman. Eventing Nation will be joining the Horse and Hound live stream again at this link, but also live tweeting the cross country from our Twitter account for anyone who can’t be chained to a laptop all day. There is no live stream for Burghley, but you can watch on demand video soon after each rider completes at this link.

Many thanks to David and all the U..S riders for their time and patience talking to EN this weekend; fingers crossed for some celebratory interviews popping up online this time tomorrow. Go Cross Country fast and safe, Go Land Rover Burghley Horse Trials and Go Eventing!