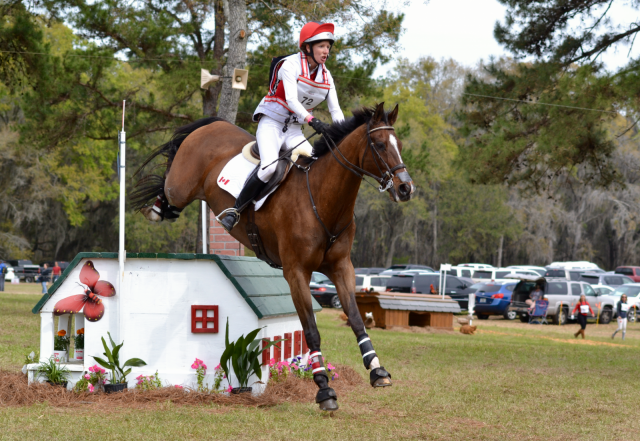 Equestrian Canada (EC) has announced its 2017 National Award recipients and eventers topped multiple categories. The recipients will be honored during the 2018 Awards Reception, taking place April 7 at the EC Convention in Ottawa, ON.

Join us in congratulating …

Go Team Woody! 2017 was a fantastic year for the 15-year-old Canadian Sport Horse, by Rio Bronco W out of Evita II and bred in Canada by Hugh Graham of Epstein Equestrian, ridden by Selena O’Hanlon and owned by John and Judy Rumble.

In addition to Selena and Woody’s historic win in the Fair Hill International CCI3*, becoming the first Canadian combination to do so, they won Red Hills Advanced, finished 11th at Kentucky CCI4* as the highest placed Canadian pair, placed fifth in the Nations Cup at Great Meadow CICO3* and finished third in the Plantation Field CIC3*. Woody finished outside the top 10 just once in the 2017 season, which saw him named 2017 USEA Advanced Horse of the Year. He was also nominated for 2017 EquiRatings Horse of the Year and was voted 2017 Eventing Nation Horse of the Year in a decisive victory.

The pair is already on a roll for 2018, having been named to the 2018 Equestrian Canada Eventing High Performance National Squad and finishing fourth at last week’s Red Hills CIC3*.

Congrats to Woody and all his connections! 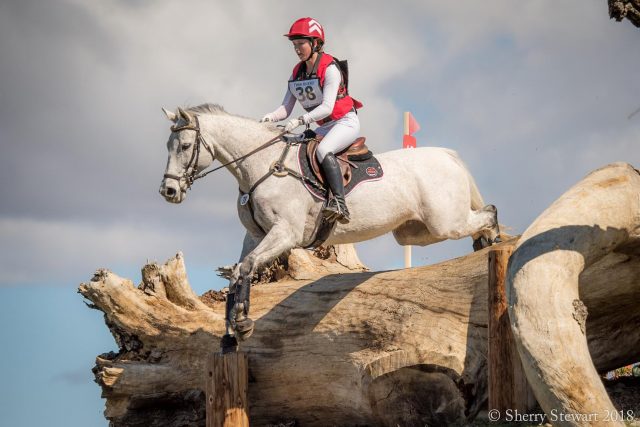 Tosca Holmes-Smith of Chase, BC, is the 2017 recipient of the Junior Equestrian of the Year Award, given to a junior who has excelled in competition while demonstrating exceptional talent, horsemanship and dedication to equestrian sport. Fun fact: Tosca’s sister Carmen won the award last year!

After first moving up to the FEI level in 2014, Tosca has represented Canada at NAJYRC for the past three consecutive years, with 2017 proving to be one for the books. Partnered with Fiat (Cats at Home x With Approval), a 14-year-old Thoroughbred gelding owned by Ali Holmes-Smith, Tosca claimed the individual gold medal and led the Canadian Junior Team to a bronze medal finish in the CH-J 1* division. Tosca kicked off NAJYRC 2017 with an eighth place finish in dressage on a score of 47.2 penalties, then shot up to third after a double-clear effort on cross country. She ultimately claimed victory on her dressage score after sealing the deal with a foot-perfect show jumping round.

NAJYRC was a crowning achievement among a list of many accolades Tosca earned in 2017. She also finished the season as the Horse Trials British Columbia (HTCB) Intermediate Champion aboard Fiat, plus picked up the Preliminary Young Rider Champion title aboard Tom Riddle, a 12-year-old New Zealand Thoroughbred gelding also owned by Ali. In addition, Tosca was the recipient of the 2017 HTBC Young Rider of Distinction Perpetual Trophy, dedicated to the memory of Jordan McDonald.

Known for her kindness, positivity and great sense of humor, Tosca was described by her nominators as having “blossomed into an exceptional elite athlete who is a kind and willing soul, and always willing to pitch in a hand to help her fellow young riders.” Tosca is also well known for always putting her horses first. Whether in the saddle or the stable, the horse’s well-being is always the number one priority for Tosca. Congrats, Tosca!

Other 2017 EC National Award recipients include:

Volunteer of the Year, Presented by Henry Equestrian
The Centaur Red Team

The 2018 EC Awards Committee is comprised of Carla Robin (Chair), Jennifer Anstey, Michael Boyd, Erin Lundteigen, and Karen Sparks. The Awards Ceremony will be held at the Brookstreet Hotel on April 7 and will feature a reception, presentations, including the 2017 Year in Review, as well as a live band and Brookstreet’s renowned food and hospitality. For more information, visit the EC website here.