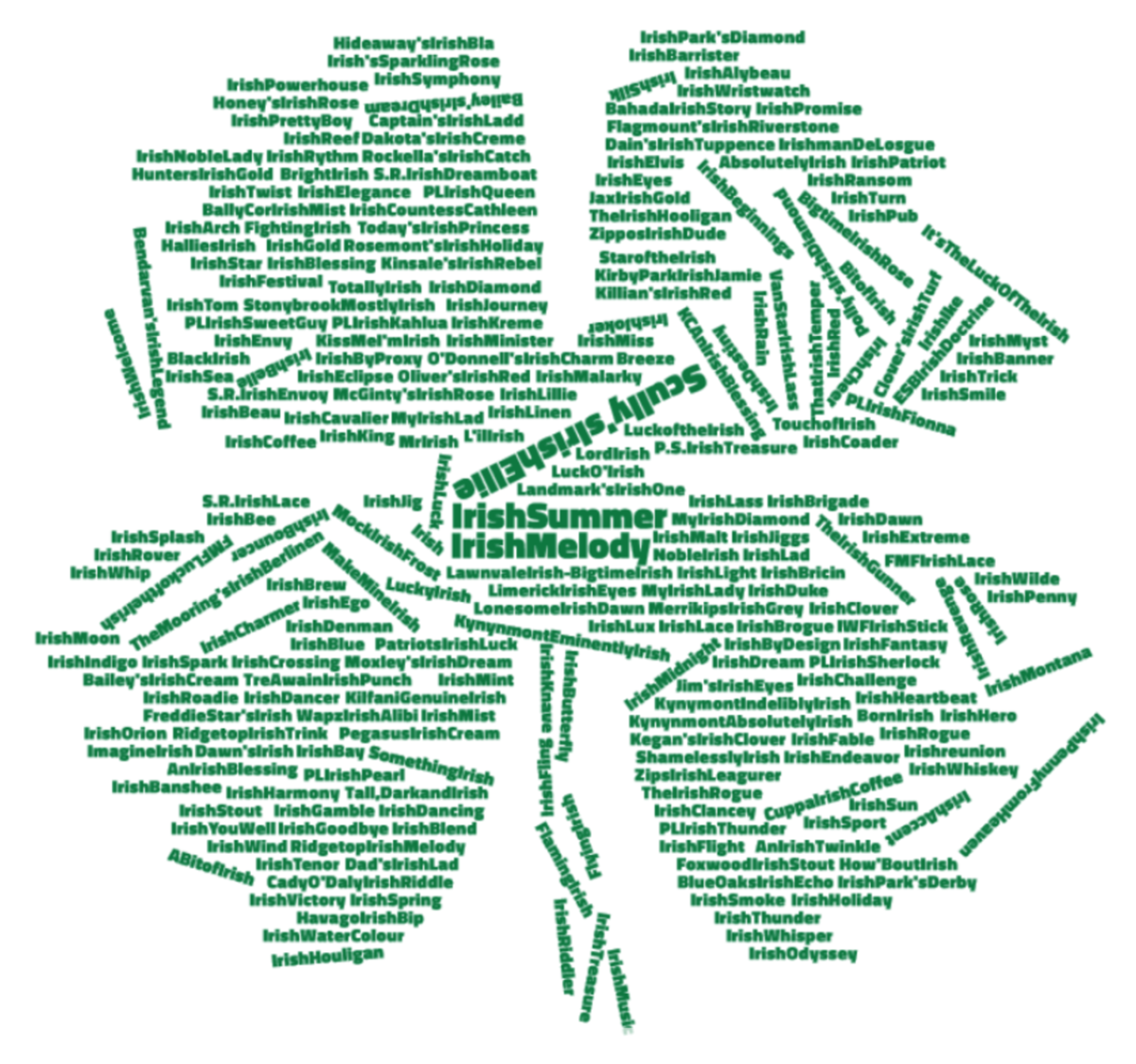 Can you find your “Irish” named USEA-registered event horse in this word cloud? Graphic by Leslie Wylie.

Just as you don’t have to be Irish to enjoy a Guinness on St. Patrick’s Day, there’s a fair amount of Irish cultural appropriation inherent in the naming of event horses. In fact, over 350 eventers registered in the USEA horse database have the word “Irish” in their name, maybe or maybe not also possessing the Irish blood to match.

Of course, there are plenty of Irish breeds in the mix: I counted 84 Irish Sport Horses, 42 Connemaras, 21 Irish Draughts and three Irish Hunters.

The Thoroughbreds, of which there are several dozen, get a pass as well as Irish racing lines aren’t uncommon on this side of the pond.

But hey, Irish is a state of mind, right? And it’s a spectrum as well, with some horses wearing their homeland on their sleeve (Totally Irish and Shamelessly Irish) and others admitting a less direct connection (Something Irish, Stonybrook Mostly Irish, Touch of Irish, Irish By Proxy). 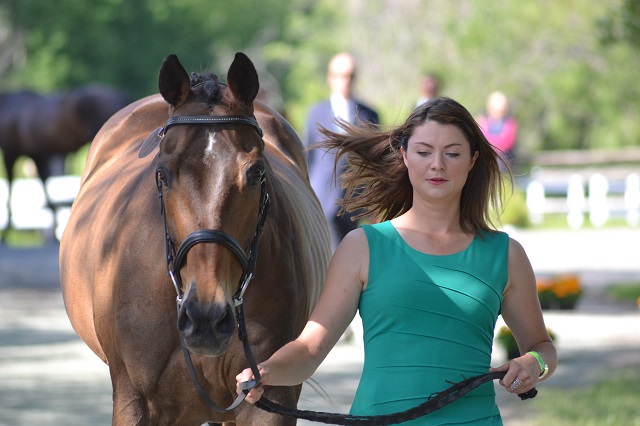 The most popular “Irish” name in the book is, simply, straight-up Irish. Sixteen horses in the USEA horse database are registered by that name.

Killian’s Irish Red is the namesake of eight horses, with Irish Red claiming another four. 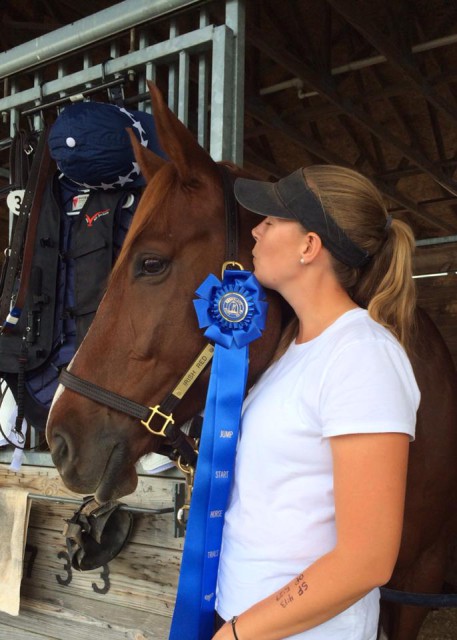 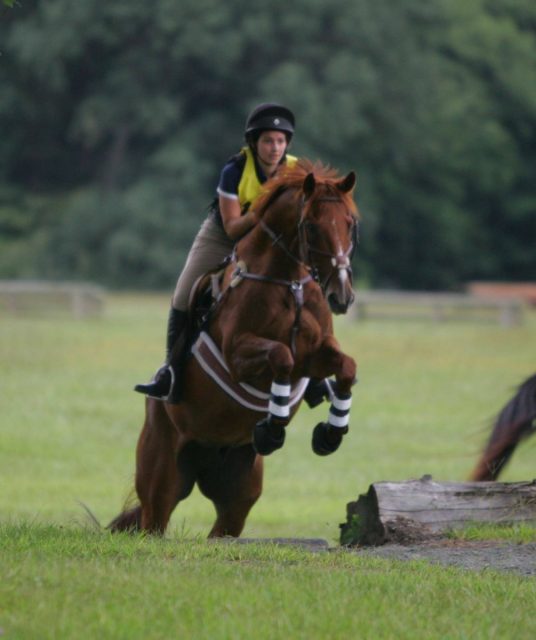 The USEA Horse Registry includes a whopping 33 horses named Guinness and several other variations on the theme. These horses are stout; they’re fighters; and when it comes to cross country, they’ll drink you under the table any day of the week. 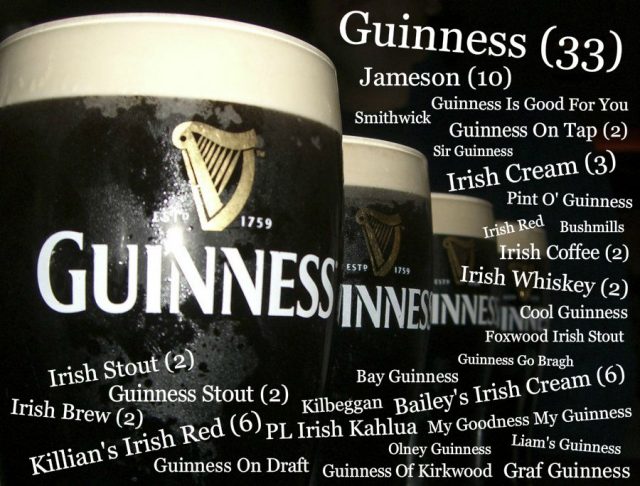 My top picks: Irish You Well, because I can’t resist a good pun … 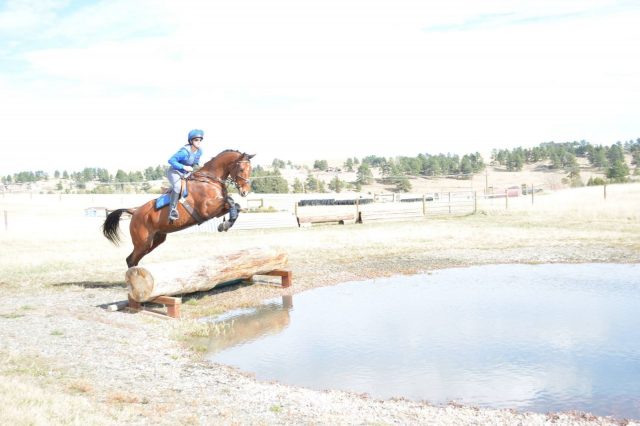 Martha Deeds’ Irish You Well, who was imported from Ireland. Photo courtesy of Martha Deeds.

… Tall, Dark and Irish for sex appeal; and Irish Elvis — um, what?!

Are you the owner of an Irish or “Irish” horse? Send them our St. Paddy’s Day regards and post their photo in the comments section below!