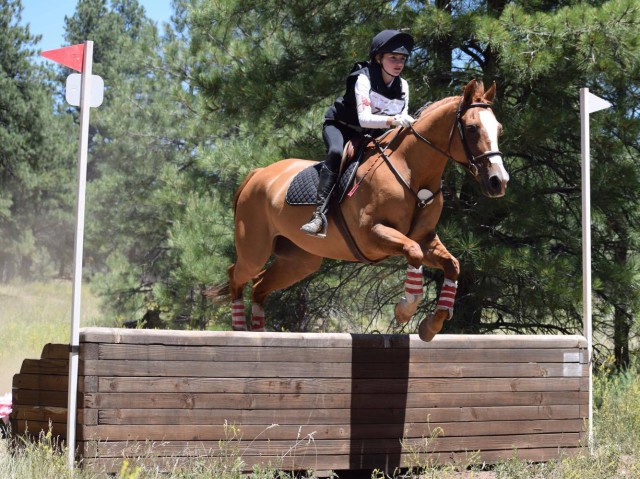 Top o’ the morning to you, Eventing Nation! What better way to ease into the day than with a breakfast-themed edition of “Event Horse Names”?

This edition was inspired by Arizona eventer Ashlyn Durelle’s horse Cinnamon Toast Crunch. We asked her about him.

“He got his name because when I was little Cinnamon Toast Crunch was my favorite cereal and his coat was a cinnamon color!” she says.

The 20-year-old solid paint gelding was originally trained in western pleasure but for the past five years he and 12-year-old Ashley have been learning the ropes of eventing together.

“Our relationship is the best,” Ashlyn says. “I would do anything for him and I love him more than anything!”

This year Ashlyn and her cinnamon steed made the big move up to Novice, finishing their year with a green ribbon at the Coconino Novice Three-Day Event and a double-clear cross country round at Galway Downs earlier this month.

Go Ashlyn and Cinnamon Toast Crunch! And allow us to introduce you to your breakfast event horse brethren, as culled from the USEA Horse Database. Enjoy! 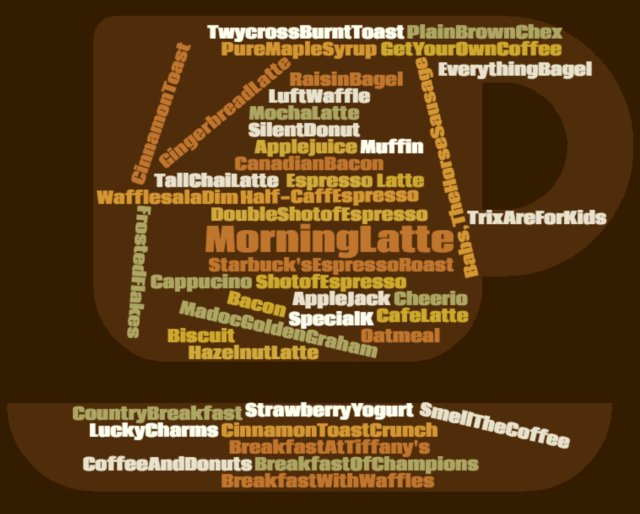 In case you missed them, check out these previous editions of Event Horse Names: Authors, Books & Characters, Battle of the Booze, The Empire Business, Monster Trucks, Celebrities, Snow, St. Paddy’s Day, Fourth of July and Christmas.