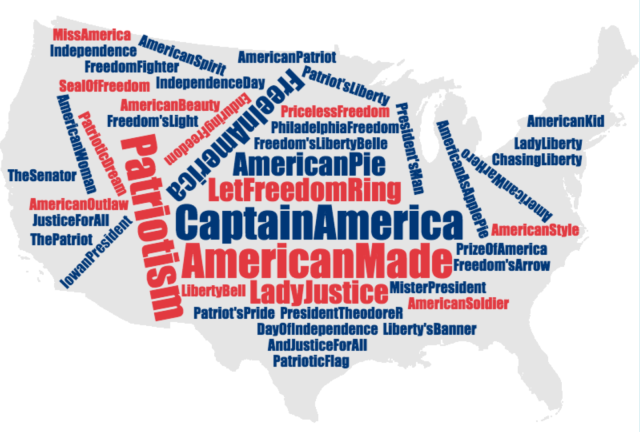 Stalking creative names on the USEA horse database is one of our favorite leisure pastimes here at Eventing Nation. In case you missed them, check out these previous editions of Event Horse Names: Authors, Books & Characters, Battle of the Booze, The Empire Business, Monster Trucks, Celebrities, Snow and St. Paddy’s Day.

Today, seeing as it is the fourth day of July and all, we thought we’d get the story behind a few USEA registered event horses with particularly patriotic names!

Danielle Steinman, who works as assistant trainer alongside her fiance Joe McKinley at Vangard Eventing in La Honda, California, shares the story of her 10-year-old OTTB Captain America (“Neville”).

“When he came into our program he had been passed around by a couple of people unable to manage his ‘frisky’ personality. Let’s just say there were lots of Ninja moves in Neville’s younger years. When I bought him and started really jumping him he felt like a super hero! I felt as though he deserved a cape to jump, so I settled on Captain America!”

Danielle and Neville have many miles on the tires of their relationship. Danielle took Neville with her when she went to college at the University of Kentucky, and three years later made the trip back to California again.

“He quickly climbed up the levels and was very successful at Preliminary in Kentucky, also schooling 3rd level dressage movements,” Danielle says. “Although we will still see his ninja moves he is truly a fantastic and special horse deserving of the name Captain America! He is currently semi-retired and will come back in about a year to see if he is ready to be a kids’ horse!” 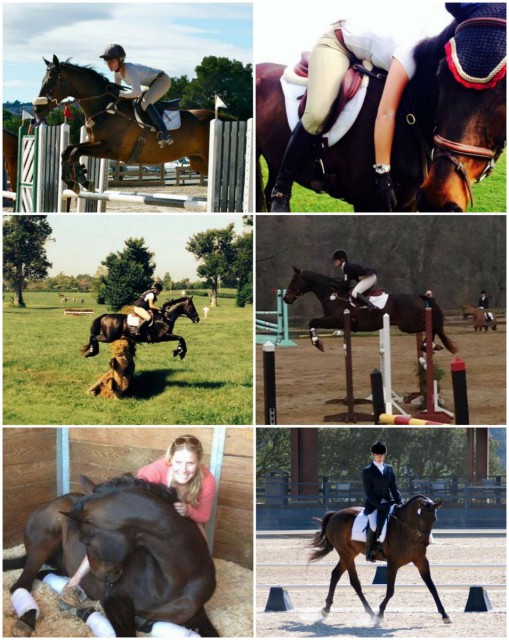 Area IV eventer Colin Palmer explains the story behind the name of his horse, American War Hero, with whom he competes at Training level.

“Hero, as he’s known around the barn, is an American Thoroughbred named after my grandfather, who was brave and served in the Vietnam War and the Bay of Pigs Invasion, in which he lost his life. To me he was a war hero,” he explains. “I also wanted to get back to the traditional roots of eventing, when horse trials were for the horses and riders who were proving their training to serve in the Calvary.”

July 4 also happens to be Colin’s birthday as well. Happy birthday AND happy Fourth of July to you, Colin! 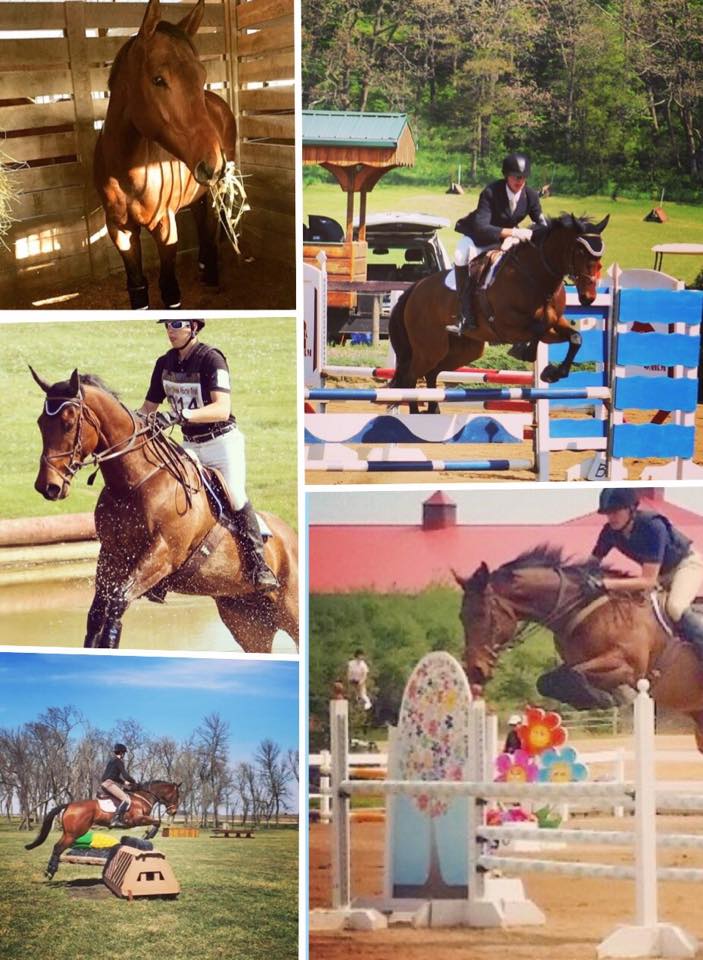 Kim Eichorn, who runs Kim Eichorn Equestrian in Gold Hill, North Carolina, is the owner of a 7-year-old OTTB mare named Lady Liberty. Kim got her off the track as a 4 year old.

“When she was born, and her breeders were looking for a name, I’m told that the Miss Universe pageant was going on. So her registered name is ‘Go Miss USA.’ Well, I hated the name but am a firm believer in keeping at least some part of the original name of any horse I rename.”

A friend suggested that she name her “Lady Liberty,” with “Libby” as her barn name, and it stuck. The pair has since competed successfully at Training level together — Kim describes her as a “wonderful, athletic mare.”

“She is a fantastic jumper but due to an injury last year where she fractured a vertebrae in her neck, we haven’t progressed as quickly as she probably could have,” she says. “She is fully healed though, back in full work, and really going wonderfully these days.”

Fourth of July fun fact: “Every time I’ve shown her on an ‘American pride’ type holiday, she always seems to try harder. We used to joke in the barn that she ‘does it for America.'” 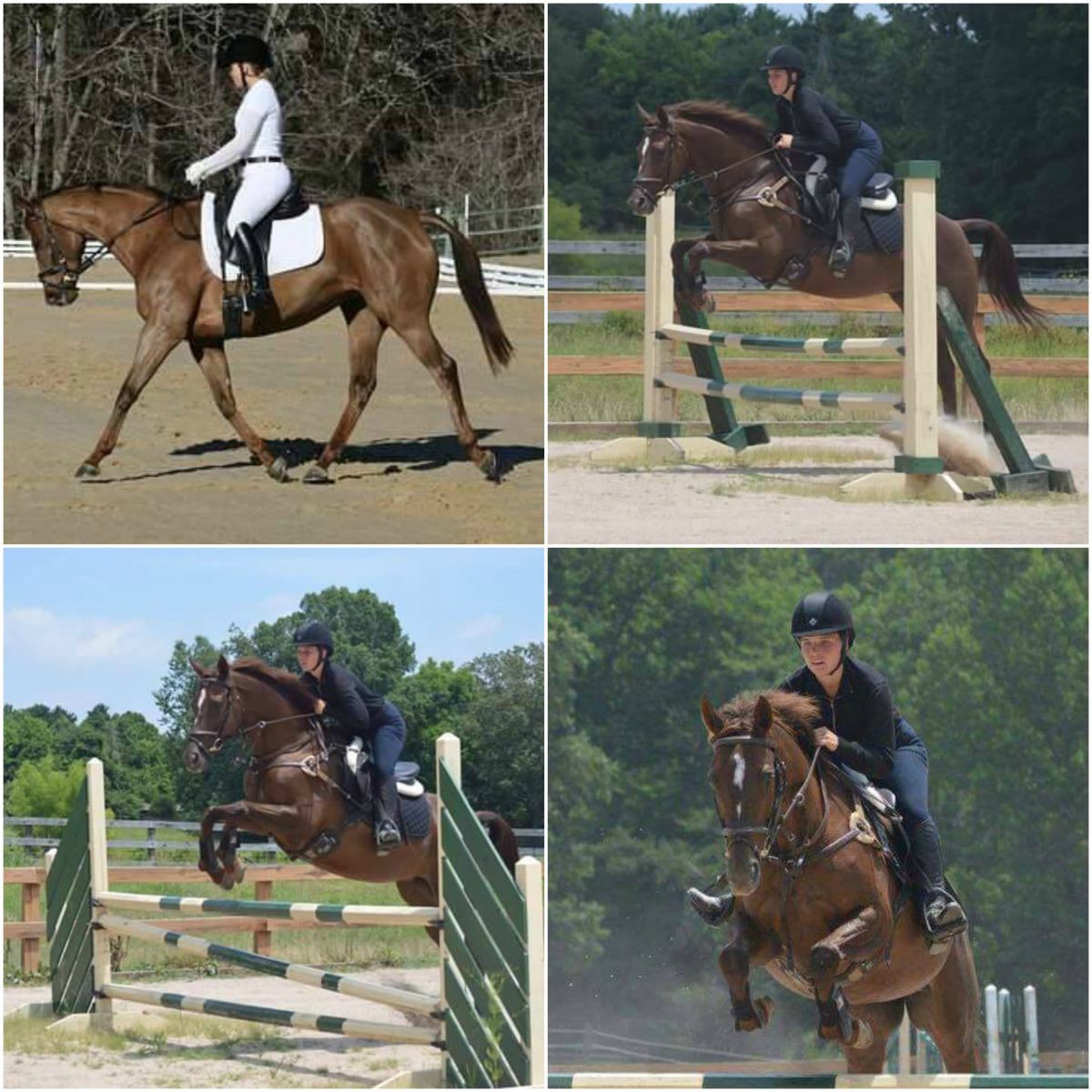 “I’ve owned her since she was born but her breeder has a very patriotic facility,” Stephanie says. “Her sire is a big, handsome Thoroughbred/draft cross named Independence and her dam was a Thoroughbred mare we nicknamed Miss America.” 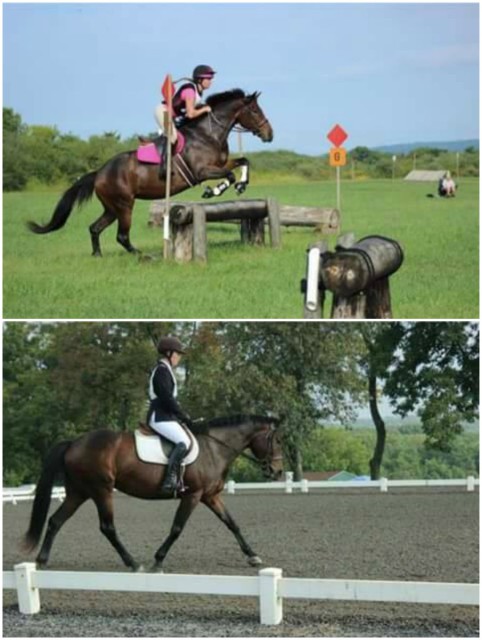 Are you the owner of a horse with an American-spirited name? Share his or her story in the comments below.