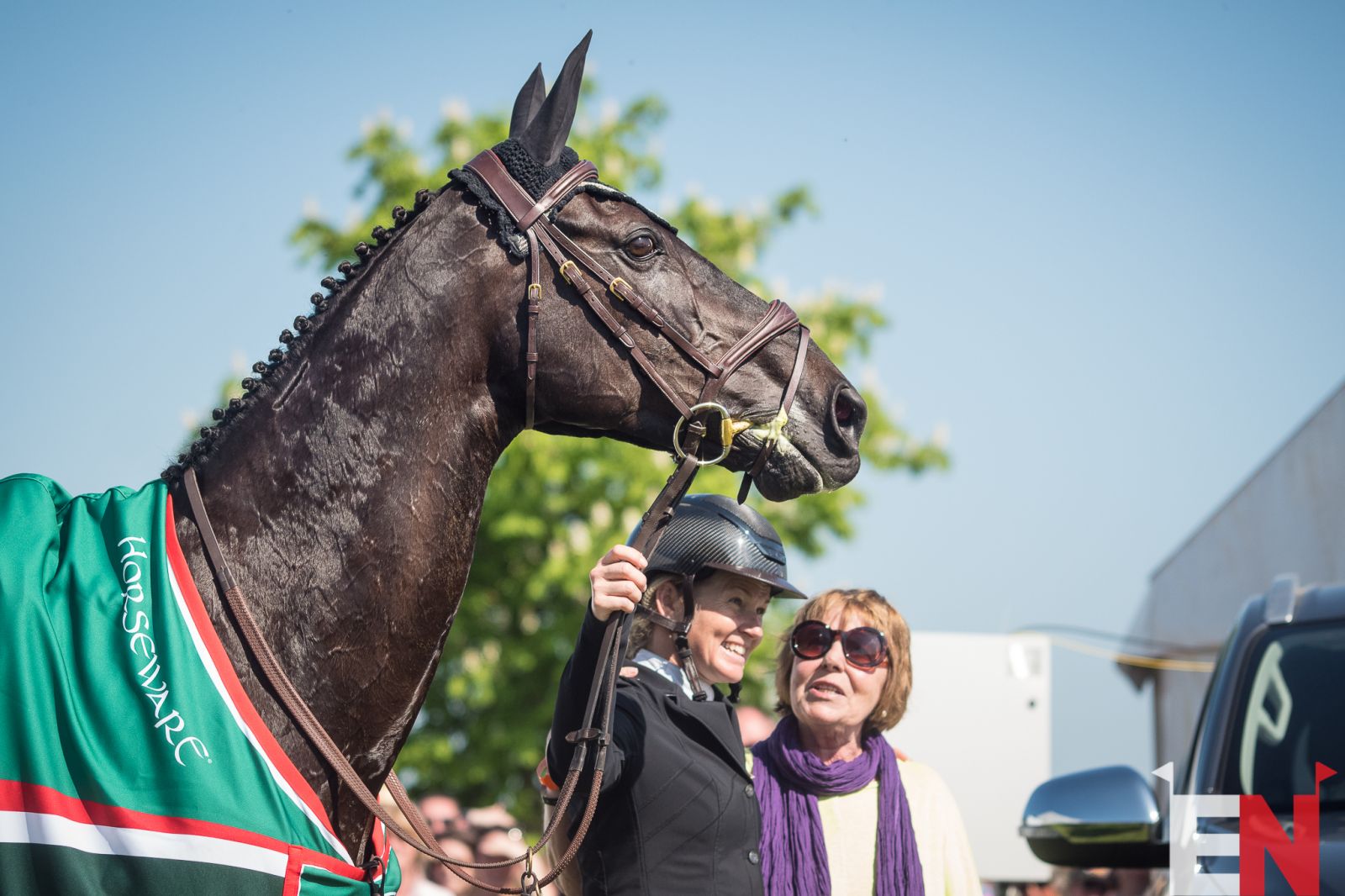 The look of the eagles – or of a small mare standing on tiptoes to check out her fans. Classic Moet, Jonelle Price, and Trisha Rickards – the new Destiny’s Child? Photo by Tilly Berendt.

After a massive fundraising effort bolstered by the donations of thousands of eventing riders, fans and supporters, and after the announcement that Badminton would not run this year, the Land Rover Kentucky Three-Day Event presented by MARS Equestrian and the sole five-star event of the spring season is full-steam ahead. Joining in on the fun are several overseas entries that have just populated the list – and we’re likely to see a few more pairs trickle in after today’s closing date. Word on the street is that we just might be seeing some additional UK-based pairs hopping on a plane next month.

With the pandemic still affecting millions globally and impacting travel, the CDC is requiring presentation of a negative COVID test within three days of travel into the U.S. US Equestrian is also working with athletes and support staff for travel waivers.

Jesse Campbell and Diachello, who Jesse owns with Kent Gardner, are the first of a three-rider, six-horse strong contingent representing New Zealand. The 11-year-old Holsteiner gelding will make his CCI5* debut in Kentucky; Jesse is also making his first trip to Kentucky, though he’s got a handful of five-star trips under his belt already.

Tim Price enjoyed a stellar trip to Kentucky in 2019, finishing third with Xavier Faer, owned by Trisha Rickards, Tim Price and Nigella Hall, who will make a return trip here in 2021. He’ll be joined by Bango (owned by The Numero Uno Syndicate), with whom Tim finished fifth at Burghley in 2019.

The sole entry from Germany this year, Anna Siemer and Dr. Volker Steinkraus’s FRH Butts Avondale will make their CCI5* debut in Kentucky. Anna had a successful junior career, earning multiple championship medals during her time as a pony rider. She has since produced several horses through the four-star level and has been partnered with the 14-year-old Hanoverian mare FRH Butts Avondale, who is still owned by her breeder, Dr. Steinkraus, since the beginning of her international career.

Also added this morning is Great Britain’s Richard Coney and his own Mermus R Diamonds. This pair most recently finished inside the top 10 at Pau in 2020, their debut at the five-star level. Also getting his start with success on ponies, Richard eventually moved up to horses and has represented Britain on Nations Cup teams, including a third place finish at Houghton in 2020 aboard his first upper-level partner, Kananaskis. 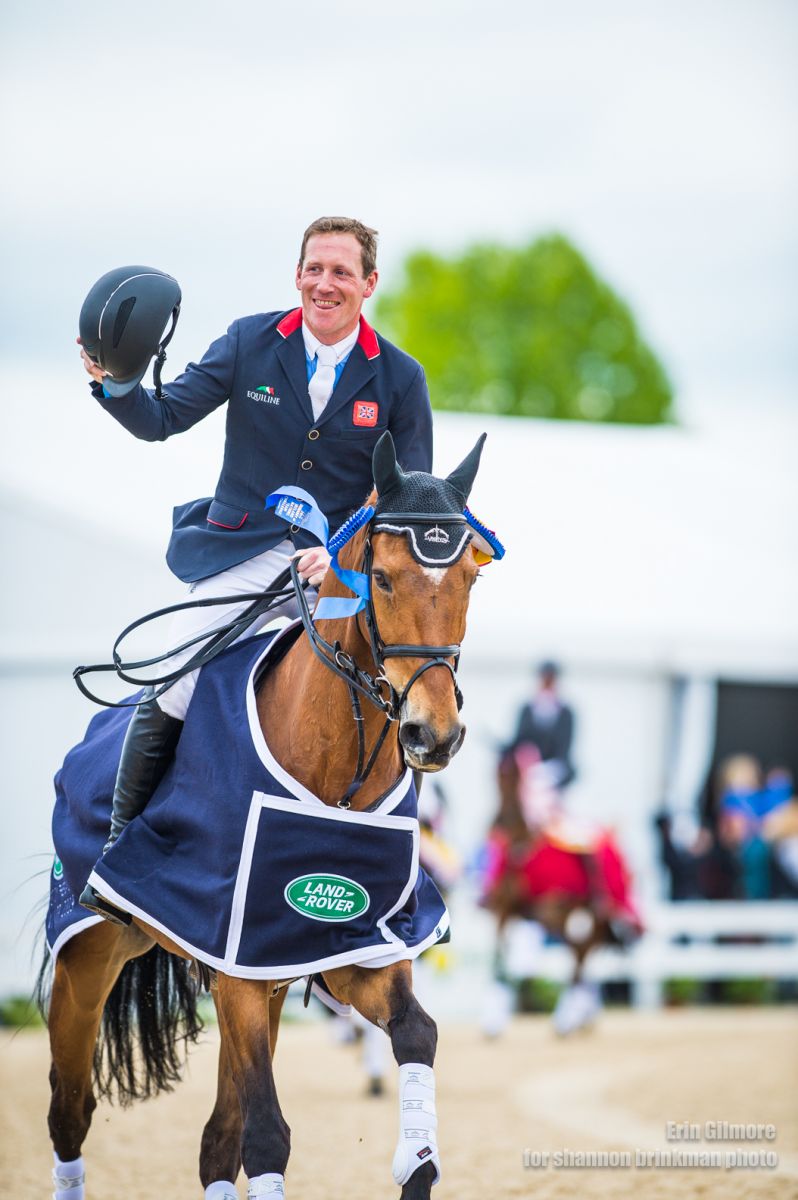 Update as of 1:00 p.m. EST: We’ve just gotten a slew of additional overseas entries – hang on to your hats, EN, this entry list is on fire! Just added:

We’ve also seen several additions to the North America-based contingent of riders, including representatives from Australia, Brazil, Canada, Great Britain and Mexico, bringing the current total five-star entries to 74. Newly added to the five-star list since our last update are:

Also of note on the U.S. entries is Phillip Dutton’s decision to withdraw the 10-year-old Thoroughbred gelding Sea of Clouds, aiming instead for the CCI4*-L at Jersey Fresh in May to keep the horse’s best interests in mind:

Today officially marks one month until the Land Rover Kentucky Three-Day Event! After consulting with everyone…

The event’s omnibus listing states a cap of 80 horses for the CCI5*. Oversubscription will cause riders with multiple horses to choose a maximum of two to bring, and spots will be allotted based on FEI World Eventing Athlete ranking points. A Wait List will be used in the event of oversubscription, with riders moving up to take sports in order of points ranking as withdrawals occur. Entries for the CCI4*-S may also be limited as the list for the CCI5* continues to grow. Click here to view the omnibus listing.

We may see a few more names appearing in the coming days – and stay tuned for the kickoff of our annual Land Rover Rookies profiles! Go Eventing.