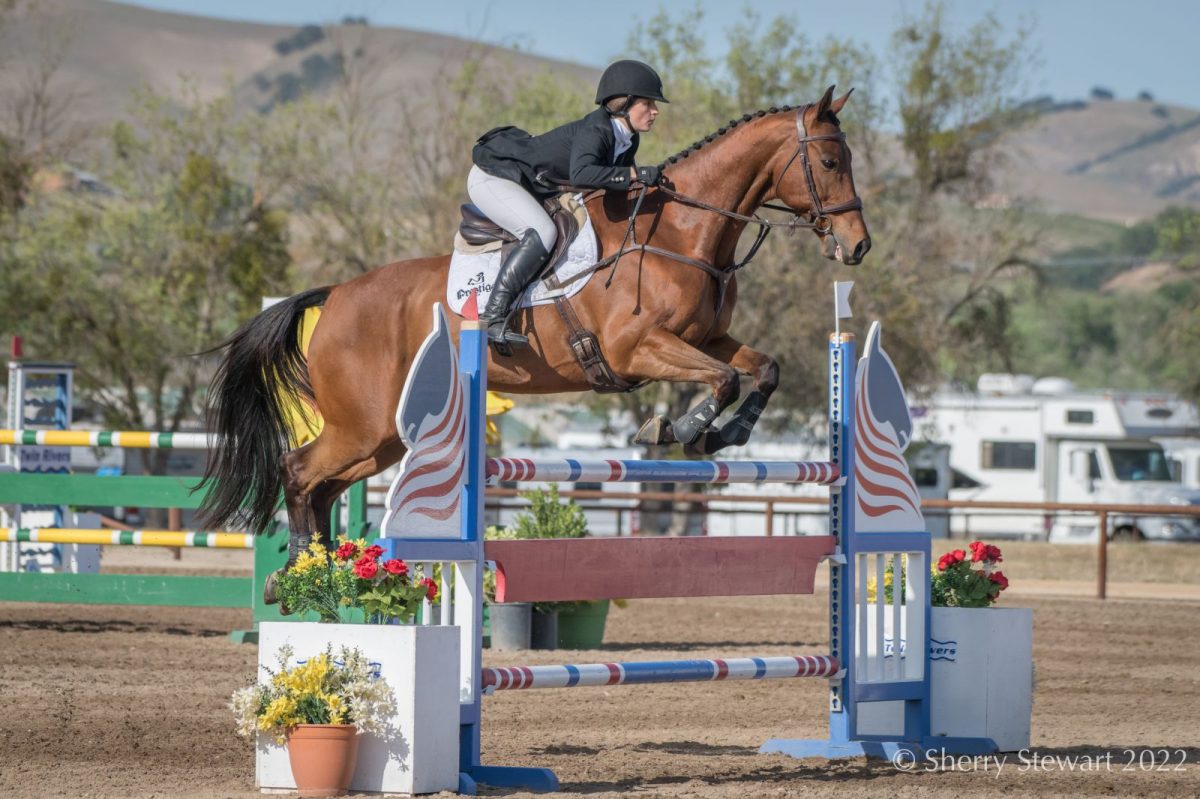 In truth, Alex hadn’t really considered the option seriously. It wasn’t that she felt she and ‘Jack’, her partner since 2014, weren’t ready for the next step – he’d made easy work of this 4*-L, finishing on his dressage mark to seal the win – but rather that it was inopportune timing for her, professionally.

Alex has been featured on EN multiple times throughout her career, and common among all of them is the fact that she’s always preferred to have variety in life. After pursuing horses full-time for a short period, in fact, she found that she missed having something else, too. “I thought I would really like that,” she recalls. “Because I thought I would be happy to focus on just this. And then, as crazy as it is, I really didn’t like it the way I thought I would.”

This observation has led her to now, where she’s in the midst of a specialty diagnostic imaging internship, working full-time and managing Jack’s training and competition in between. In 2021, she moved to Los Angeles for the first part of her residency, splitting her time between work and commuting to and from the barn in the tangled L.A. traffic. In July of this year, she’ll pack up and move once more, this time to begin her residency in Massachusetts.

“I would like to have some more flexibility,” she concedes. Luckily for me, I had caught her in between destinations with some time to catch up on her drive to the barn (the one time L.A. traffic has worked to my advantage, I suppose). “I’m hoping to eventually have a bit more autonomy in my life so horses don’t have to be in the middle of the night. But I definitely like having horses not be the only thing I do.”

Balancing a full-time career with a pursuit of the highest level of a sport is a tall order; arguably, it’s tougher to be in this scenario than it is to be a professional rider. There are less opportunities to practice, less overall time in the saddle, and a limited amount of days you’re allowed to skip work to go off to an event.

For this reason, when Kentucky first began to materialize as a hint of a plan – “I just started daydreaming a little over the winter break and started to sketch out which events I’d like to do, and when I was done I realized the schedule set me up for Kentucky,” Alex explains – one of the first thoughts she had was: “how am I going to get the time off from work?”

Like all working amateurs, Alex has to balance a predetermined amount of paid time off with her event schedule. When a rider is competing at the Advanced and 4* level, travel becomes a necessary part of the gig – but travel eats up vacation days. By the time Alex’s schedule got her to Kentucky, she would need to ask for a whole extra week’s worth of time off.

“I’m very lucky to have a boss who is also a horse person,” Alex said. “She was really supportive and said we’d work out how to get the time off, and I’m really grateful for that.”

It was all systems go for a 5* debut, though it wasn’t what younger Alex would’ve pictured, necessarily. “I always thought I’d be further along in my career, maybe,” she laughs. “Or at least not in the middle of residency with so little flexibility!” 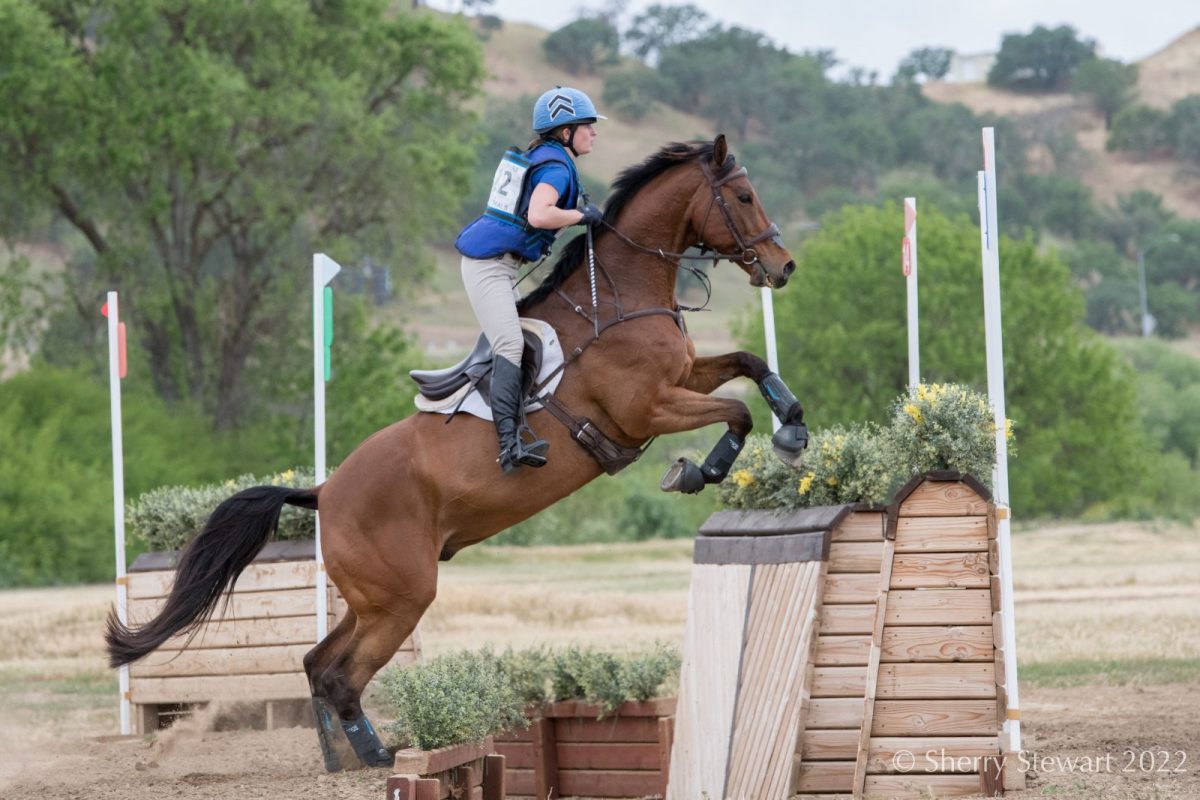 Alex MacLeod and Newmarket Jack put the finishing touches on their Kentucky prep with a steady cross country to finish third in the Advanced. Photo by Sherry Stewart.

A Slight Change of Plans

But the best-laid plans almost came to a screeching halt when the news hit: California was in the throes of a devastating EHV-1 outbreak. Suddenly, the shows she’d circled as her prep events were canceled: first Twin Rivers, followed by Copper Meadows in March. No one wanted to leave the safety of their barns – and the virus even found its way into barns with no in/out traffic. For the month of March, many barns went into lockdown, including Alex’s.

That left Galway Downs, whose date on the first weekend of April lay devastatingly close to the initial date of the competition ban pullback. Organizers at Galway Downs made several adjustments to make the event work, implementing strict biosecurity protocol to mitigate risk.

“All the credit to Galway for pulling the event off,” Alex said. “They really bent over backwards to not only make the event happen but to make it happen in a way where we all felt safe.”

The timing was close, but Alex could still grab two prep runs: one at Galway and one two weeks later at Twin Rivers, giving the pair two weeks in between Twin Rivers and Kentucky. Jack had come back into work feeling incredible, but she’d let the prep runs tell her for sure whether or not her plan was a go.

She needn’t have worried. “He was incredible,” she says of the first run at Galway, where they won the 4*-S. “We didn’t get much practice at all coming into that, and he did really well.”

One more run at Twin Rivers, where they finished third in the Advanced, gave Alex the good feeling she needed to kick on with the plan. 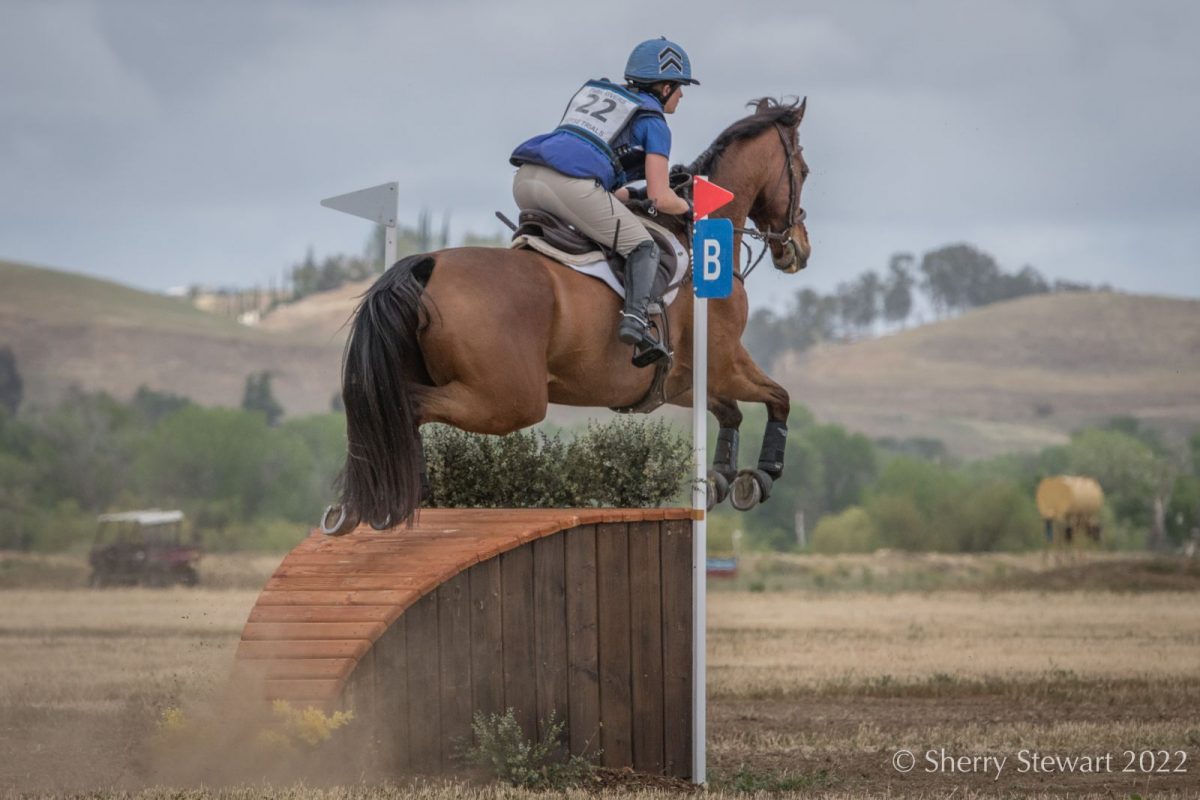 ‘Where I Want to Be’

We have to imagine that a first time at a big, lifetime goal-caliber event like Land Rover Kentucky can go by in an absolute whirlwind. As much as every rider treats this event like any other, there is still anticipation and build-up – especially this year. Spectators will return to the event for the first time since 2019, and ticket sales are reportedly near record highs. It’s safe to say it will be a special year.

Alex says she’s reminding herself to stop and enjoy it, amidst the excitement and nerves. It’s something she’s dreamed of doing for as long as she can remember. For those of us looking on, it’s a representation of what could be done, even if you aren’t a full-time professional with a string of horses. Even if you hold high career aspirations that lie outside of horses – it can still be done.

“If you want to do it at this level, you’re not really going to lead a balanced life,” Alex says. “But you can do it, and it’s the way I do best. Mentally, I am happier at competitions – maybe I’m not as good at handling pressure as others, but when it’s your career and everything you have and are is riding on that, I find I don’t enjoy it as much. I’m very competitive, I’ve always wanted to do this at a high level, but I also want to have a career.”

That she comes to Kentucky with Jack, the horse she fell in love with despite the fact he was so ‘feral’ that Phillip Dutton, whom she worked for at the time, told her she was not allowed to jump him until his flatwork improved, makes the realization of a longtime goal even more special. The horse may not have been the easiest, but isn’t that often the most rewarding, in the end?

“I’ve never had a doubt about the horse’s ability,” she says. “He doesn’t look particularly impressive when he jumps, but he feels easy and nothing feels like he’s finding it mentally tough or big.”

Of course, Alex explains, she’s tempered her expectations – you don’t know if you’ve got a 5* horse until you have a 5* horse. She’s setting out with a similar attitude to the one she took up at Fair Hill in 2019, ahead of her and Jack’s 4*-L debut.

“At Fair Hill I wanted to be fast where I could, but the time and making the time were irrelevant,” she says. “That wasn’t the point. The point was to have a good, positive ride and to ride him well all the way through, and that’s my goal for Kentucky as well.”

But for Alex it’s largely about appreciation of the horse. Some toil for years and never find an Advanced horse, let alone a 5* horse. Some find one and don’t find another for decades in between. Alex knows this opportunity is special, made even more so by the fact that her family, including her parents Carla and Scott MacLeod, and many close friends from vet school and beyond, will be at the event to cheer her on.

“I don’t know when I’m going to be able to do this again,” she explained. “Of course I hope I’ll do it again with this horse, but you don’t know. I want to take in the moments, not just be so anxious and worried the whole time. I want to remember that I’m where I want to be.”