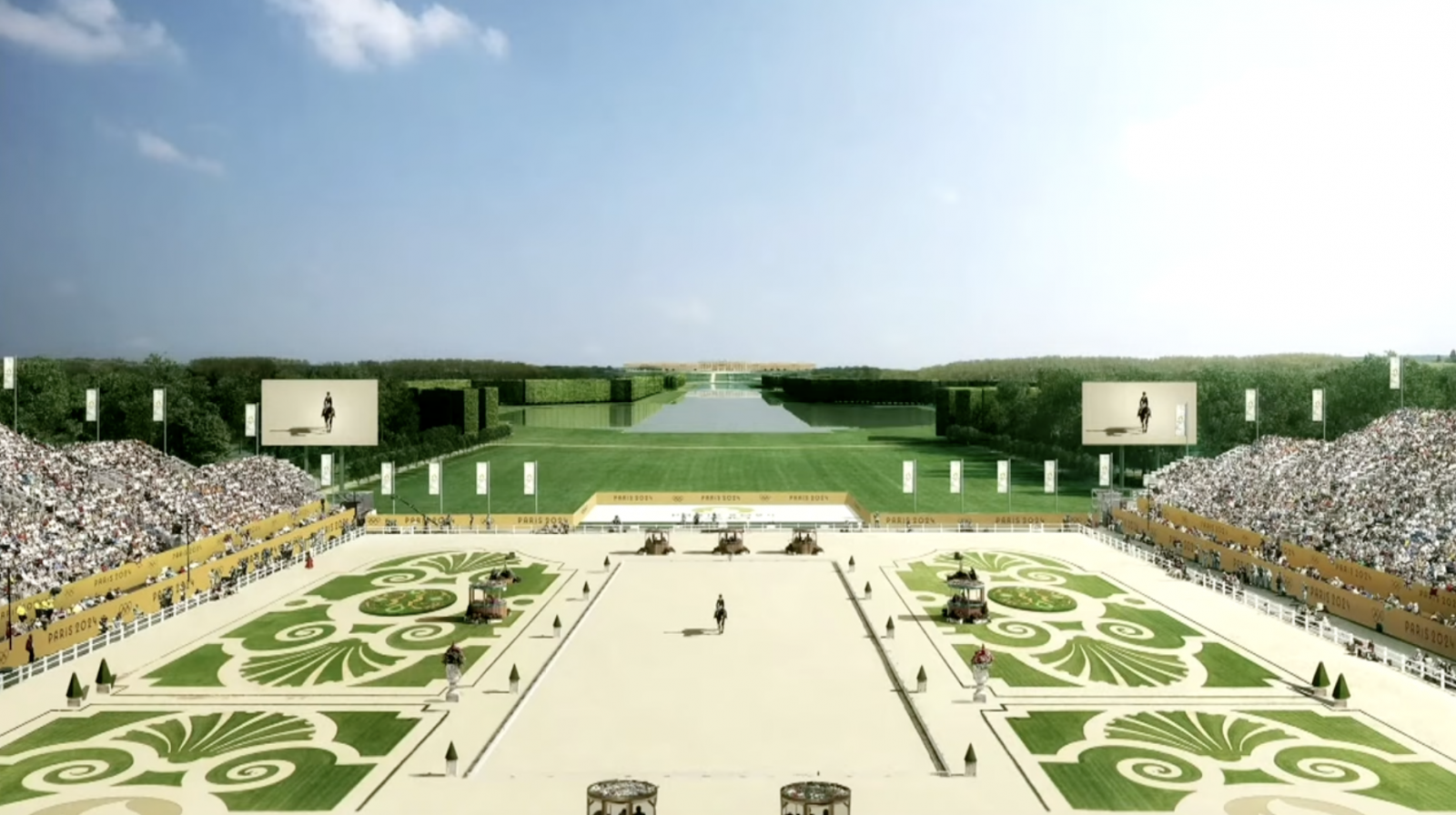 Last month’s FEI General Assembly covered a wide gamut of issues across the global equestrian sporting industry — but at the forefront of discussions was the swiftly-approaching 2024 Paris Olympics and, crucially, what they mean in the face of the ongoing battle to win public approval for horse sport.

“We have an incredible sport and the International Olympic Committee (IOC) recognises the value of equestrians — but we’re only as good as our last Games,” says Ingmar de Vos, who was re-elected for a third and final term as FEI President at the Assembly. “We’re judged on our performance, and so we need to continue to keep our sport safe, attract new fans, engage youth and do what is necessary to appeal to a global audience. Like all other sports in the Olympic programme, we’re constantly under review — and again, context is everything, as we have to compete with new sports, new media landscapes and new trends.”

The addition and removal of sports from the Olympics is par for the course in every cycle, and the IOC tends to try to keep its finger on the pulse of what the next generation of sports fans — the very people who will engage with valuable sponsor campaigns — are interested in. That push saw four new sports added to the roster for the Tokyo Olympics —  skateboarding, sport climbing, surfing, and karate all made their debut at that Games — while Paris will add break dancing, now known as ‘breaking’, to its line-up. The perennial conversation on equestrians’ lips, of course, is how long we can guarantee that our own sports will stick around; a conversation that’s been intensified by the social license debate. Paris, which will stage the equestrian disciplines at the sumptuous Palace of Versailles west of the city proper, is a guaranteed stronghold — but beyond that, all depends on public perception and the success of this Games.

De Vos, who has named continued inclusion in the Olympics as one of his major priorities as President, was bolstered by the success of the FEI Eventing World Championships in Pratoni this year, which was similarly used as a way for the IOC to determine the sport’s risk and reward balance as an Olympic sport. IOC President Thomas Bach attended the event, and delivered “very complimentary” feedback, citing “the willingness of our community to embrace change” as one of his overwhelmingly positive impressions. But that doesn’t quite put eventing — or its sibling sports, dressage, jumping, and para-dressage — in the clear: though the FEI has sent representatives to Los Angeles to scout out suitable venues for the equestrian sports, their inclusion will only be confirmed if Paris goes off without a hitch. And after the pentathlon debacle at Tokyo, which saw the sport swiftly lose its mounted phase — mercifully taking public attention away from eventing’s equine fatality? Nothing is guaranteed.

But, says de Vos, increasing mainstream media attention and coverage is essential, even if it comes with a greater risk that the wider public will see an accident, thus damaging social license.

“One of the biggest challenges for us, but also many other sports, is around broadcast figures,” he says. “There were issues with Tokyo 2020, as many fans were unable to find or understand where they could watch our sport, on top of the unfavourable time zone differences. This is something we have already started to address, and will actively work to mitigate for Paris, and ensure equestrian fans and new audiences know where to watch our sport during these Games.”

Continuing to embrace change is key, he continues: “The future is on everyone’s lips, and although this future seems to be uncertain, there is one certainty: the youth of today will become the future of equestrian sport tomorrow. They already dictate the popularity of sports online, and so this is a key demographic we must invest in and listen to.”

Change will be a watchword for Paris, which announced in its timetable that the eventing dressage will be held over one jam-packed day. That’s 65 tests in one day, and although they’re the much shorter Olympic tests that we saw in action in Tokyo, it’s a big change from that Games, where 44 tests were performed on the first day, followed by 21 on the second. Eventing dressage will take place on Saturday, July 27 from 9.30 a.m. to 6.30 p.m. CEST. Cross country will be held the following day from 10.30 a.m. to 3.00 p.m., while the jumping finale, with its separate rounds for team and individual medals, will run from 11.00 a.m. to 4.30 p.m. on Monday, July 29.

Teams of three, sans a drop score, and substitutions are here to stay, despite mixed reactions at Tokyo, though there’s some refinement to the substitution process, and minimum eligibility requirements — or MERs — have been tightened up for the qualification period, which runs from January 2023 to an as yet undetermined date in 2024. The addition of a ‘confirmation’ result prior to Tokyo, which was introduced in order to allow athletes to maintain their qualifications after the delay of the Games, but also required them to prove that they were still safe and competitive to run, has encouraged the FEI to vote in favour of an additional MER for Paris that must be garnered in 2024. The new MERs will require one CCI5*-L or one CCI4*-L plus a CCI4*-S, and then an additional qualifying result (at any of the three aforementioned levels) to be achieved in 2024, thus proving that the horse and rider remain competent and safe to compete.

There’s also a change to the tie-break decider for individuals: in the first instance, the best cross-country score will take precedence, but now, if both are on the same cross-country score (for example, if both athletes have finished clear and inside the time), the athlete who earned the most good marks in the dressage phase will step ahead.

And what of the running of the Games themselves? We’ve been treated to several exciting mock-up images over the last couple of years, showing how the arena itself might look — and the Assembly confirmed that it will be situated at the far end of the sweeping Grand Canal, which spans from the Palace itself well out into the grounds of the estate. GL Events has been appointed as the organising team on the ground, and their equestrian director, Sylvie Robert, explained their vision for maintaining the integrity and beauty of the parkland while also providing a top-end sporting experience for competitors and spectators alike.

“The grandstand and the main arena are fully integrated into the landscape to protect the site and its spectacular trees,” she explains. “A very large part of the park will be dedicated to the cross-country track, with the majestic Grand Canal to highlight this magnificent event.” 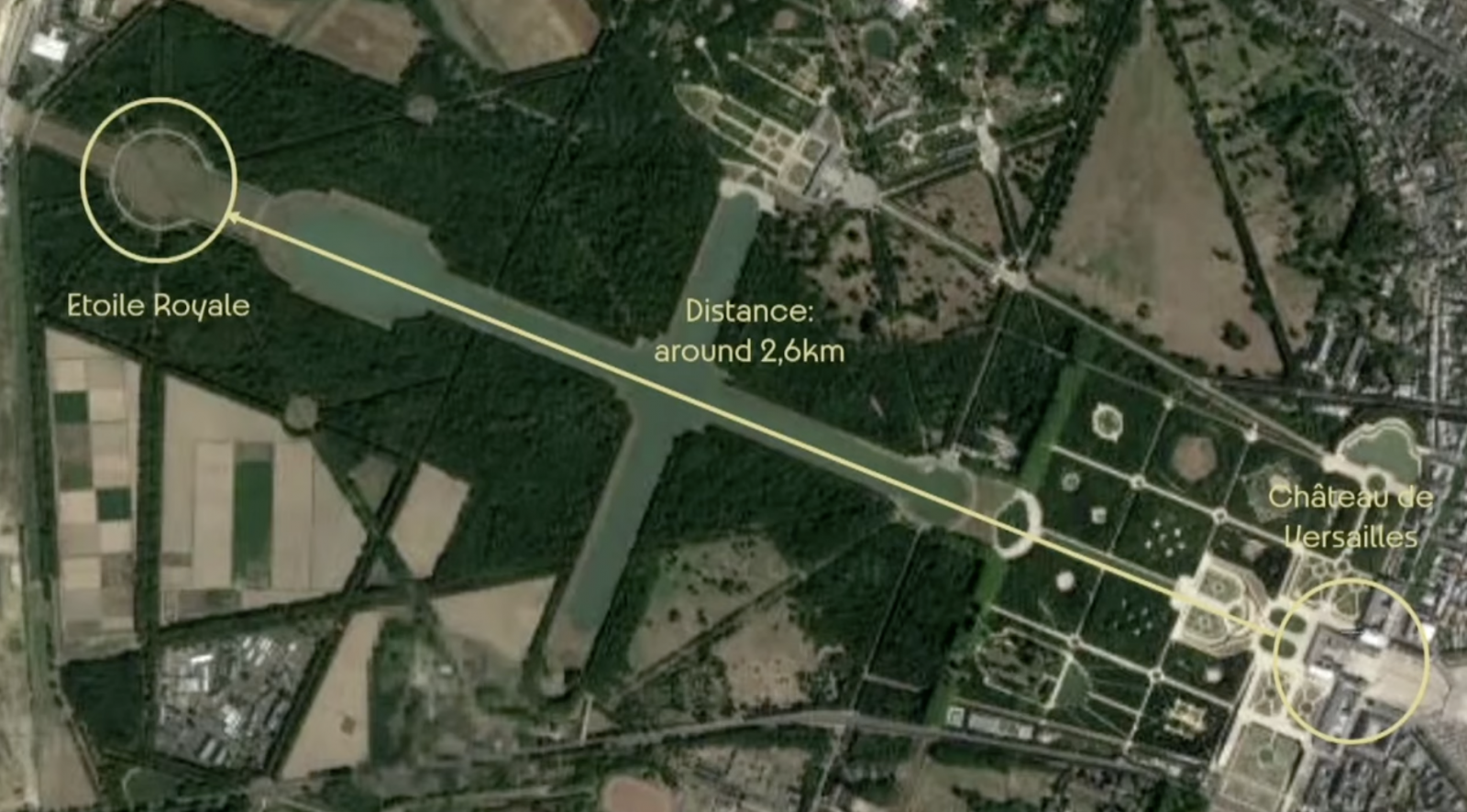 An aerial view of the Versailles site and the distance between the Etoile Royale — the site of the arena and grandstands — and the Palace itself. Photo courtesy of the FEI/Paris 2024.

The course, which will be designed by Pierre le Goupil — also the designer for the 2023 European Championships at Haras du Pin — will be 5.3km long, with an optimum time of 9:18, and will feature 25 numbered obstacles, three water jumps and two pontoon crossings, making use of the Grand Canal itself. The course will be longer than that seen at Tokyo, where extreme heat conditions meant that the organising team presented a shorter track. 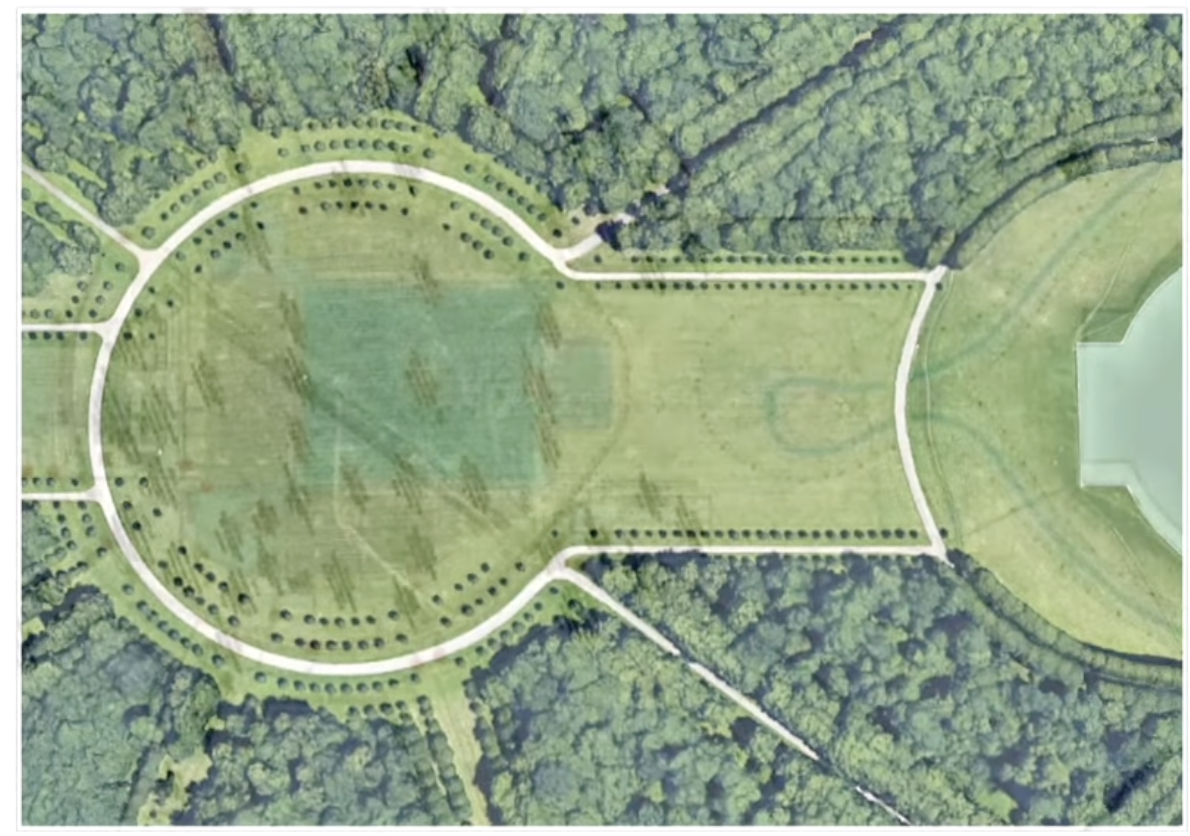 The Etoile Royale as it looks from overhead currently… 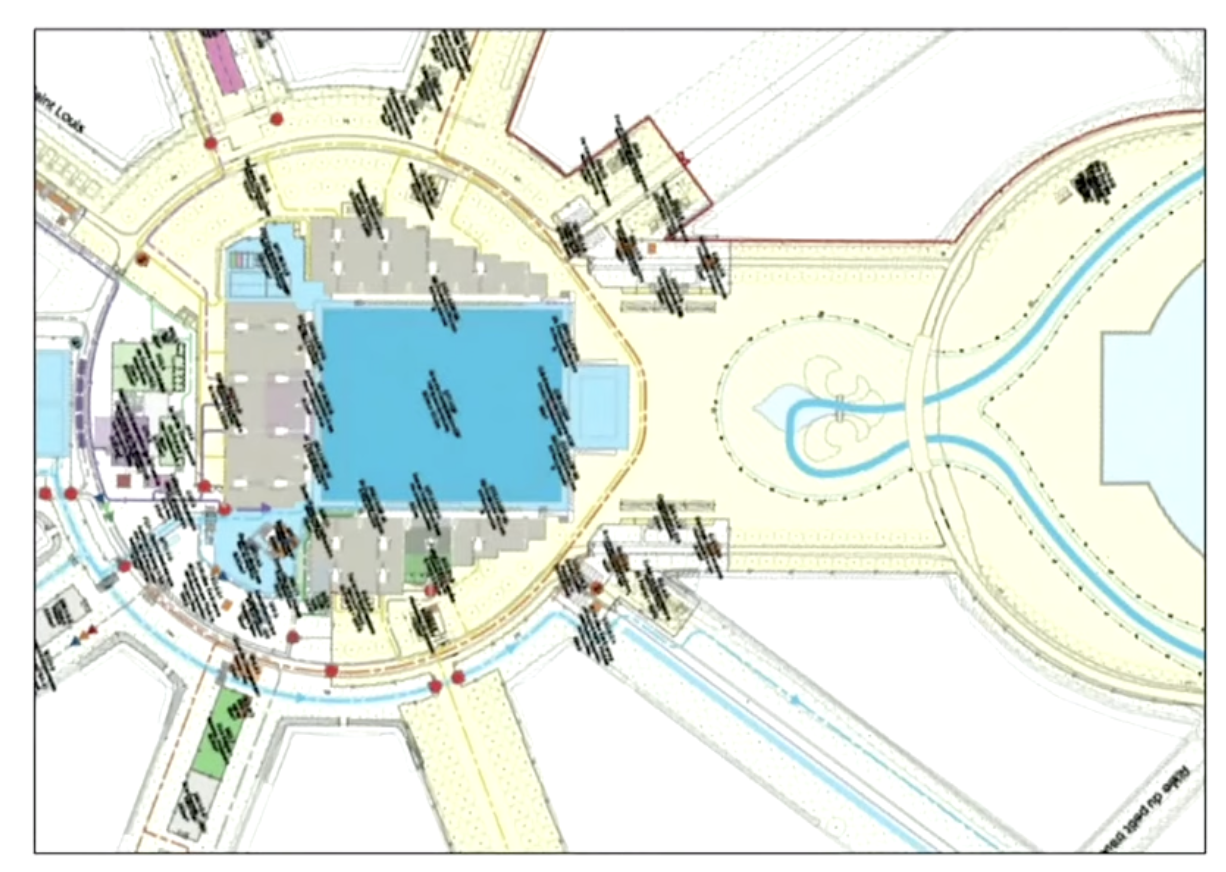 …and the planned layout for the Etoile Royale when the grandstands and arena have been installed. Photo courtesy of the FEI/Paris 2024. 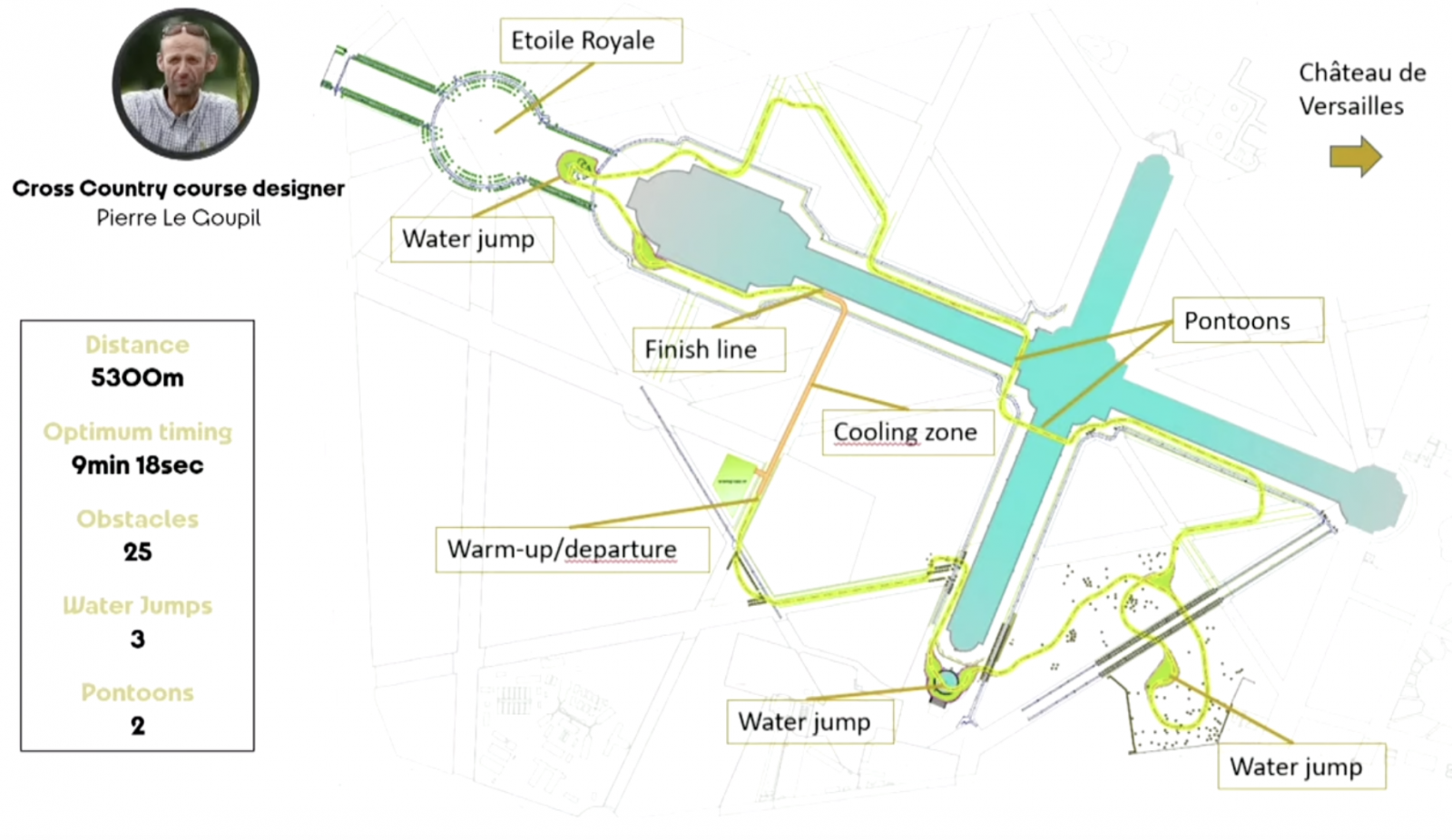 Pierre le Goupil’s map of the cross-country warm-up, cool down, pontoon crossings, and more. Photo courtesy of the FEI/Paris 2024.

Ground preparation has already begun, with many galloping lanes closed off to pedestrians — and that’s because the site will need to be made largely ready by September 2023, when the cross-country test event will be undertaken. Further test events, which will be largely staged in order to put the organising team through their paces, and to test the intended arena footing, will be held at Fontainebleau in the spring of 2024. 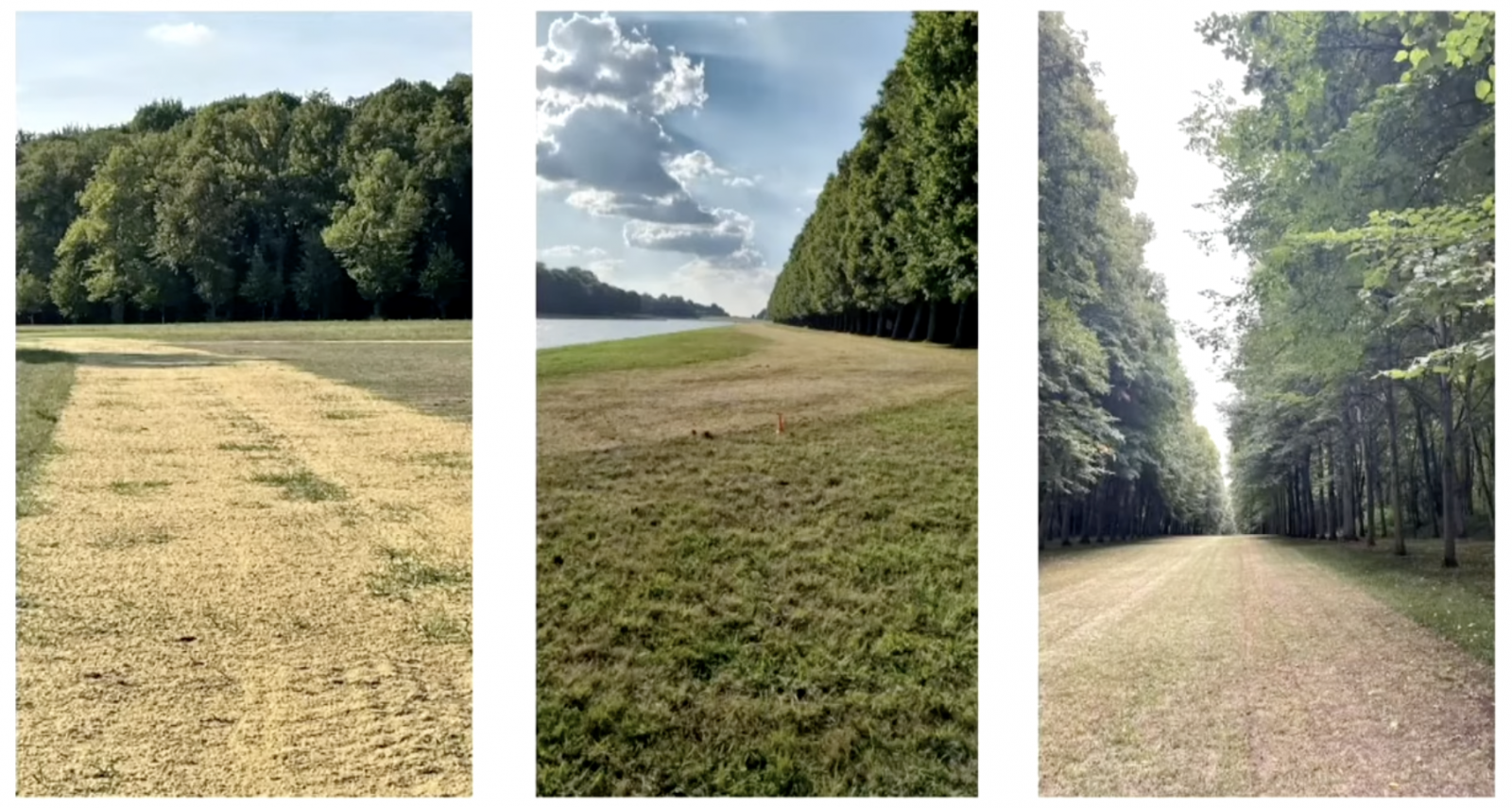 Ground preparations are underway at Versailles. Photo courtesy of the FEI/Paris 2024.

The first round of access to tickets has already opened, so if you’re planning a trip to Paris in 2024, make sure to get your name in the draw. We’ll be bringing you lots more Olympic news soon — including a refresher course on how teams can qualify over the next 12 months.