The Super Bowl is considered by many to be the pinnacle of American sporting events.  Even if we don’t care for the sport or if our favorite team isn’t playing, many Americans find themselves glued to their televisions the first Sunday of February. Some watch for the love of the sport while others may tune in only to see the commercials. Regardless of our intentions, watching the Super Bowl is something that brings us together.

Similarly, Olympic equestrian sports have a way of uniting all horse enthusiasts worldwide. Some of us hosted watch parties. I threw a party and ordered a cake. A non-equestrian must have decorated it because “Even Ten” definitely isn’t an Olympic sport. 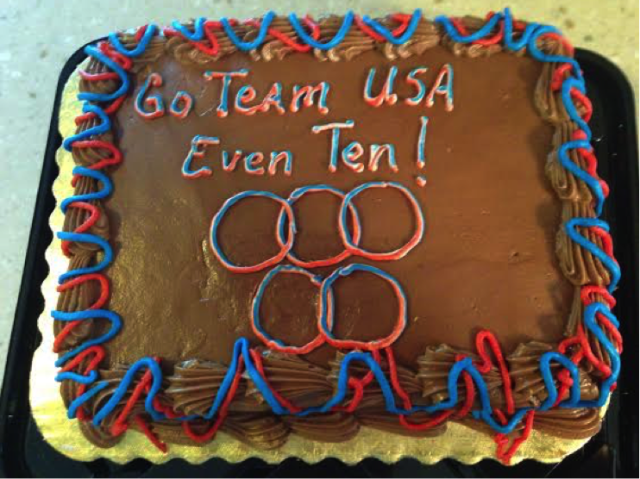 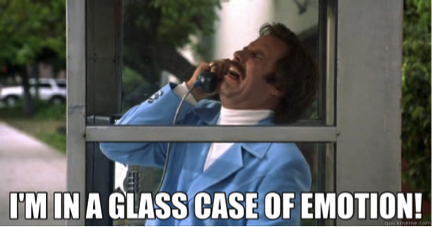 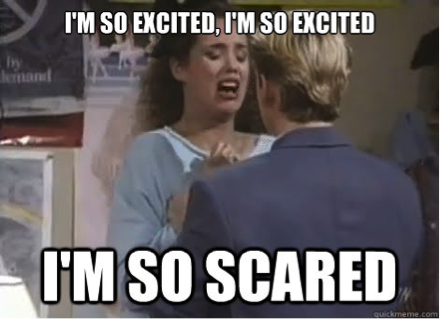 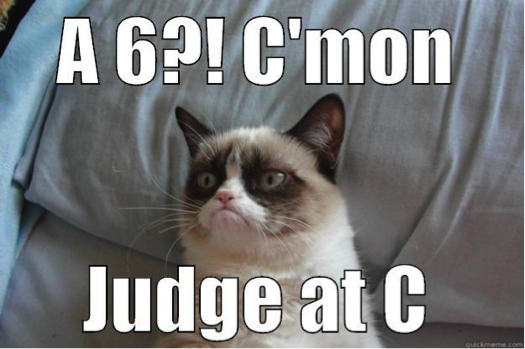 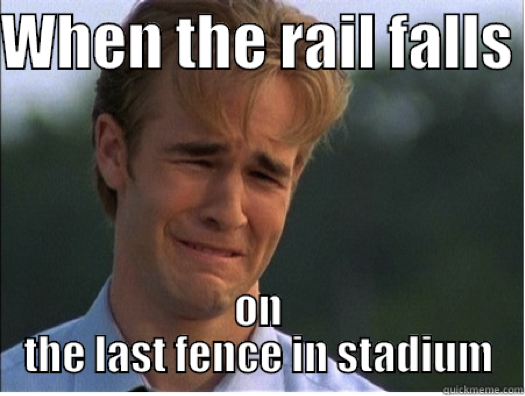 That moment a podium-determining rail falls in stadium. 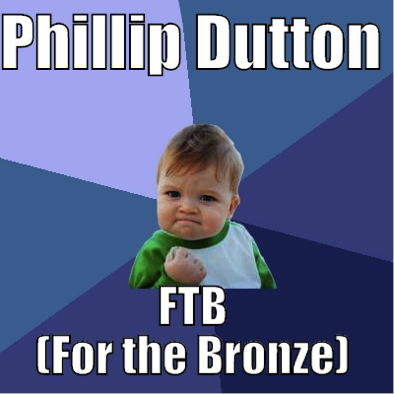 That moment a competing nation knocks a rail taking them out of medal contention. BUT WAIT — that puts our team ahead! I’m feeling guilty and happy at the same time. 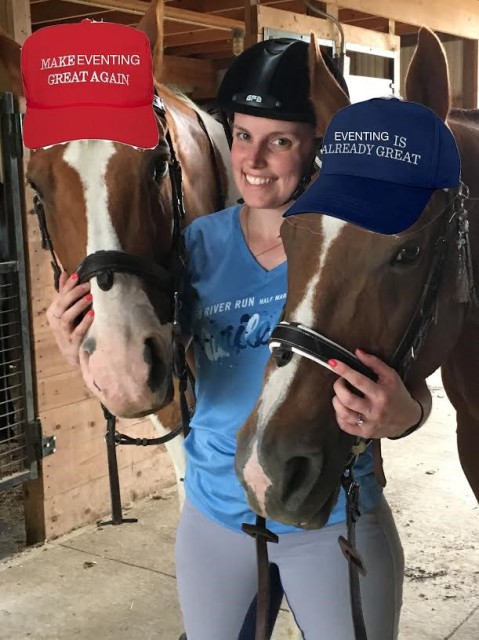 Tell it to the Duke (left) and Sloe Zippo (right).  Photo by Nicole Holman.

Much like our current political dialogue, a debate is heating up within the equestrian community surrounding the current state of our sport.  Many wonder if eventing should adopt the FEI Eventing Committee’s proposals to reform the event in the Olympic and World Equestrian Games.  Some believe these sweeping reforms are needed to remain in the Olympics while others feel we should forgo Olympic participation to uphold the integrity of the sport.

At the FEI Sports Forum in Switzerland this past April, Olympic Press Committee member Alan Abrahamson made a bold statement to delegates debating the future of equestrian sports:

“What you’re facing is nothing less than a reality check for the sport. A lot of the public doesn’t know anything about equestrian sport. There are tons of new sports trying to knock on the Olympic door. Skateboarding, surfing and rock climbing are almost guaranteed to be on the Olympic program for Tokyo because they are perceived as cool and sexy sports.”

I agree with Abrahamson that eventing might be lacking in the “sexy” department.  We can’t exactly trade our coattails for bikinis (although entertaining, that would be incredibly uncomfortable).  However, I do believe we have the “cool” factor he is referencing – we just need to find the best way to showcase it on the world stage.

It is increasingly rare in politics to see a candidate willing to seek the middle ground.  I’ll attempt to do so regarding two of the most contentious issues: the event format (CIC v. CCI) and the name change.

Abrahamson’s words certainly generated a lot of criticism, but most eventers can agree with other words of his: “You know you’ve got a great sport. You have that core audience; what you need are more and younger fans. This is not a crisis point. It’s not a moment of desperation for you; it’s a moment rich with opportunity.”

One of the biggest problems in developing a larger audience for eventing is the lack of understanding of the sport among non-riders.  Most eventers have had the following conversation at least once, probably many times:

Another Person: “You ride horses – that’s awesome!  What do you do?”

As difficult as a name change may be to swallow for eventers, we should consider changing our sport’s name to “Equestrian Triathlon” for the Olympics only to develop a more universal recognition of what the event entails.

These two changes – as painful as they may be – could allow eventing to remain in the Olympics without completely altering our sport.  Additionally, the changes would provide non-riders around the world with a better idea of what the event entails, encourage them to tune in to see what it’s all about, and (hopefully) inspire them to give it a try.

I believe we can reach a middle ground by implementing the CIC format and name change at the Olympics but not at the World Equestrian Games.  While having consistency in the format of international championships is preferable, WEG presents a different audience than an Olympic stage.  Unlike the Olympics, WEG is an equestrian-only event and there is less of a need to make eventing more appealing (or “sexy” to borrow Abrahamson’s words) to non-riders.  Instead, the traditional CCI format will satisfy those who want to preserve the integrity of the sport on the international level.  If it creates more prestige around WEG then so be it.  Eventing – or “Equestrian Triathlon” – will still have the international exposure it deserves every two years.

While much of America will be fixated on the Presidential election this fall, I’m much more interested in the FEI vote in Tokyo in November. 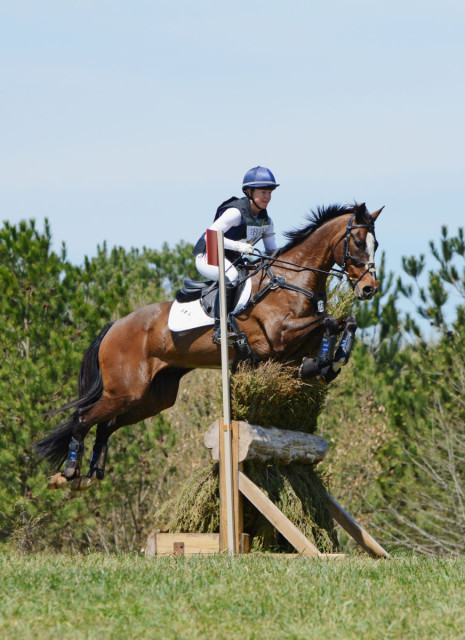 Round 1 Entry: Jimmie Schramm on Cross Training for Eventers

In addition to being an accomplished four-star rider, Jimmie Schramm is an eventer of many talents.  From color commentator to co-star of the popular Evention TV series, Jimmie continues to impress.  Did you also know Jimmie is a talented CrossFit athlete?  I caught up with Jimmie to learn more about her riding fitness routine and ask for advice about cross-training for eventers.

Q: What encouraged you to add CrossFit to your riding fitness routine?

A: I started CrossFit with a small group of girls in August of 2014 before competing at the CCI*** at Fair Hill, so we were trying to get fit for that event.

A: I normally work and ride in the mornings and do CrossFit in the afternoon. In CrossFit there is a regular warm up of a little cardio and stretching. Then there is a choice of strength work or stamina work. Normally I do strength, but I will do the stamina as well if I’m feeling like I need it. Lastly we all do a workout together which varies each day.

Q: How has cross-training affected your riding fitness and overall well-being?

A: In general I’m much stronger. In CrossFit you use your core for just about everything, so I definitely feel a difference. As far as respiratory goes, I’m much better. I find myself being able to keep even breaths through almost all of my riding – it’s nice not to be huffing and puffing all the time. The thing I love most about CrossFit is how I feel mentally. Becoming physically stronger and pushing yourself past your mental limits is a really cool feeling.

Q: What advice would you offer to fellow eventers looking to boost their riding fitness?

A: First, try and find something you like to do. It’s hard to be disciplined about working out if it’s something you hate doing. If someone told me I should ride a bike every day to improve my fitness I think I would crawl into a hole and die. I hate riding a bike, but some people love it. You want to pick something that you enjoy so you will want to keep doing it.

A: Second, start small and set attainable goals. If you say, “okay, for three days this week, I’m going to walk/run for 30 minutes and do 20 crunches,” that’s something you can accomplish. Then you can increase it as you see fit. I promise the high you get after working out will make you want to keep coming back for more.

Q: If you could pick any eventer to join you for a day at the gym, who would it be?

A: The first person that pops into my mind is Jennie Brannigan, but we already do CrossFit together in Ocala.  We always have a good time, cheer each other on, and laugh about everything. Someone who I’d love to join in would be Liz Halliday-Sharp. She is ultra-competitive and a tough person – I think she could love CrossFit.  Plus she’s just a fun person and I like being around fun, positive people when I work out.

Q: If there was a competition called “American Eventer Warrior” would you participate?

A: Is the Pope Catholic? Hell yes I would! I would love anything where I get to climb something.  I would love to see any of my fellow eventers participate. That’s the good thing about eventers, most of them aren’t embarrassed to do something crazy, and that’s why they are all such a fun bunch! 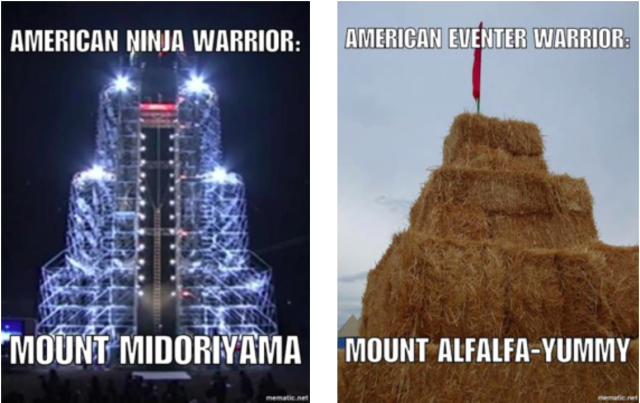