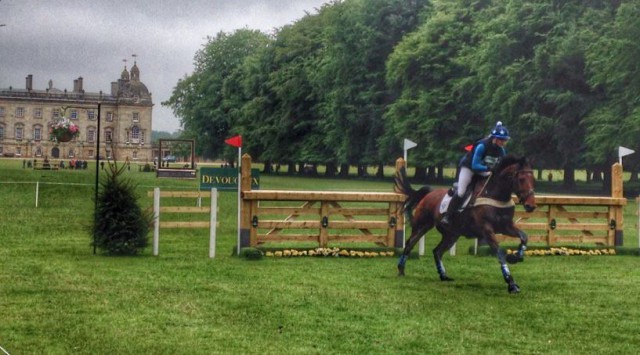 A rider on the Houghton International course. Photo courtesy of FlashPastPhotography

Nicola Wilson and One Two Many ruled the day at Houghton International Horse Trials in the CICO3*, putting in a sharp double clear round around Alec Lochore’s course this morning. She also snagged the third place spot on mare Annie Clover, who had been in second going into cross country but picked up 1.2 time penalties to still finish on the podium.

It was a very meaningful day of victory for Nicola as she’s been fighting an injury just to be able to ride this weekend at all.

“If I’d been asked last week whether I would be riding at Houghton today I would have said no,” Nicola told Musketeer News. “The last few weeks have been bumpy for me; Badminton didn’t go my way, I had a nasty fall at Chatsworth and then fell off a young horse at home.”

“I’m so grateful to the people at the Jack Berry House rehabilitation center in Malton. I’ve been there every day since my fall and their care enabled me to ride at this fantastic venue.”

Taking the second-place slot between Nicola’s rides was Frenchman Matthieu Van Landeghem riding Trouble Fete ENE HN. It’s a cause for great celebration for Matthieu, as he’s still relatively new to the three-star level, having just completed his first in July of last year. He is a student of the iconic Cadre Noir de Saumur, an elite equestrian riding school in France, and we’ll expect to see much more of Matthieu in the future.

In one of the best success stories of the day, American pair Katherine Coleman and Longwood had an absolutely masterful cross country round to go double clear and move up 40 placings, from 74th to 34th. Of the 91 entries who contested cross country, only 14 were double clears. Congratulations, Katherine!

Liz Halliday-Sharp and Fernhill by Night were in seventh going into the final phase  and were having a strong and forward ride before ending their day early at 10a, the treasure chest rolltop into the water.

“Blackie was going great and felt awesome but he jumped huge into the water and landed really steep in, pecked on the landing and fired me off,” said Liz. Neither Liz nor Blackie were injured in the event, and we’ll hope to see them out and galloping hard again soon.

Tiana Coudray and Sambuca F didn’t get the day they were hoping for either, as they picked up 20 jumping faults and 18.4 time faults, but were able to complete a course that ended prematurely for more than a dozen riders from around the world.

In the FEI Nations Cup contest, Germany was able to sneak past Australia to win the British leg of the series on a score of 137.1. It was their second consecutive team win here at Houghton. Australia was a half a length behind, just 0.4 penalties shy of an upset but still good enough for second.

German team coach Christopher Bartle said of the squad, “We have a great team spirit, which I treasure, and we work to maintain it. The riders support each other and they respect each other’s opinions because they all want to get better, however good they are.” 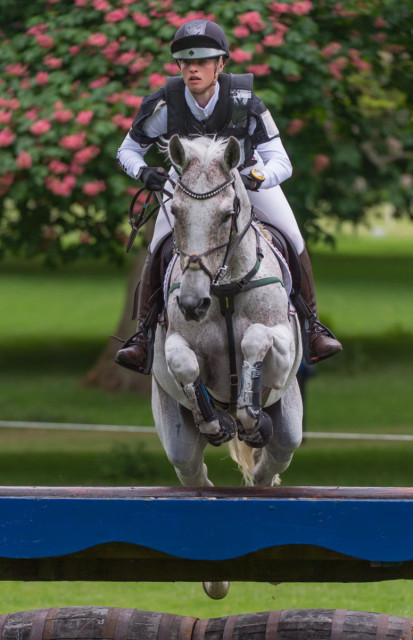 Of the event, he added, “I like Houghton. It’s a good track in a lovely park. The timing is right for us (in May) and we are always well looked after. I never have a problem getting riders to come here.”
Peter Thomsen, whose ninth place finish on Horseware’s Barney helped Germany to the win, agreed. “This is my first time at Houghton and I am very impressed. The course is good for galloping and for training horses. It has typical British questions and you have to ride fast to make the time. We have a good system of getting information back to each other during the day and Chris gives us feedback in the warm-up.” 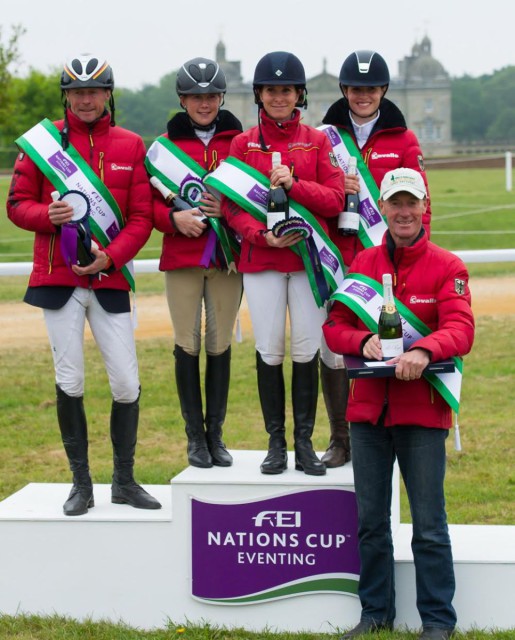 France hopped past Great Britain to take third and force the home team to settle for just off the podium. New Zealand was fifth, Netherlands sixth, and Team USA was unfortunately unable to finish a team, though they were at a slight disadvantage to begin with, having only three team members and thus no drop score

The next leg of the Nations Cup will be in Strzegom, Poland June 24-26, followed by The Plains, Virginia July 8-10. 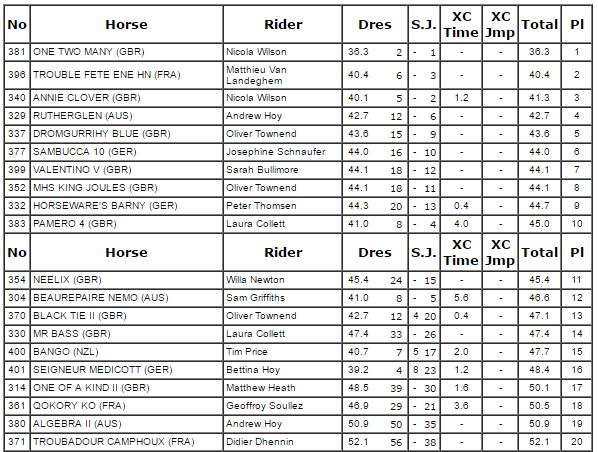