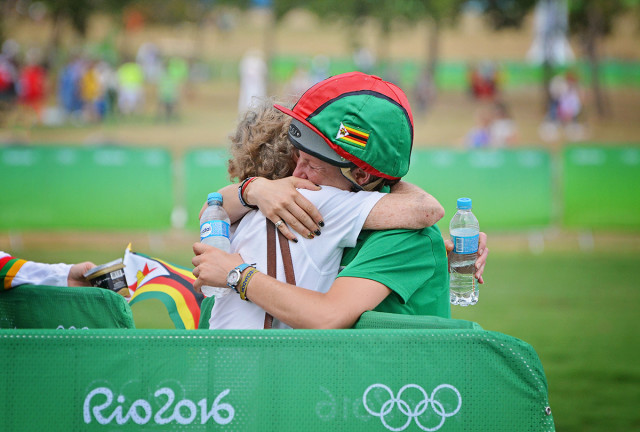 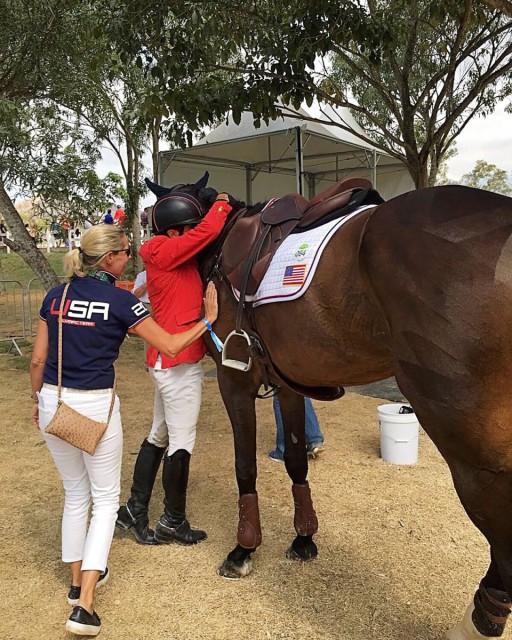 Rio 2016 truly showed our sport for what it is: an equestrian triathlon where nothing is for sure until you cross the finish line at the end of the final phase. The leaderboard was shuffled after dressage, after cross country and finally after show jumping. Every phase influenced where combinations lined up both on an individual and team standing. How incredible is that?

During the lead up to the Olympics and during the competition itself, the FEI’s #TwoHearts campaign really struck a chord with me. With the help of social media, video clips, media coverage and live streaming of the event itself, as well as commentators armed with statistics on both horse and rider (thanks in no small part to EquiRatings), I am convinced that this has been a game-changing Olympics.

The much improved media coverage from CNN, NBC and BBC SPORT to name a few, as well as other online streaming through various apps, enabled more folks to view the competition live. Enabling a far wider audience to experience the adrenaline, heart-pumping action of our sport allowed them to witness for themselves the special bond that we know exists between horse and rider. When both peak together, magic can happen, as we saw from so many athletes (two- and four-legged), not just the medal winners in Rio.

Eventing has to have reached a far wider audience then ever before! Now we must build upon this momentum. Throughout the competition in Rio 2016, audiences were exposed to numerous stories that exemplified our sport and showed the eventing community at its best. The passion, grit and determination, the long journey to get to the Olympics for not only the team and individual medal winners, but also the lesser-known individual entries, was clear for all to see. Let me share just a few of my favorites.

Who can forget the smile on the face of Camilla Kruger as she and her partner Biarritz, ears pricked forward, successfully tackled fence after fence on the toughest cross country course in modern era eventing (with only 40.6% clear jumping rates, the lowest percentage in the past 16 years — thanks, EquiRatings!) they were the first horse and rider combination to represent Zimbabwe at an Olympics.

Who can forget the partnership between the Chilean rider Carlos Lobos Munoz and his lovely horse Ranco. They earned the respect of all in the riders in the viewing tent cheering him over every fence, as so delightfully told by the talented and wonderful Ingrid Klimke.

Who could not be inspired and filled with admiration at the drive and determination of Lauren Billy’s with her partner Castle Larchfield Purdy, to relentlessly pursue her dream and to successfully navigate the long arduous road to qualify as an individual, representing Puerto Rico. 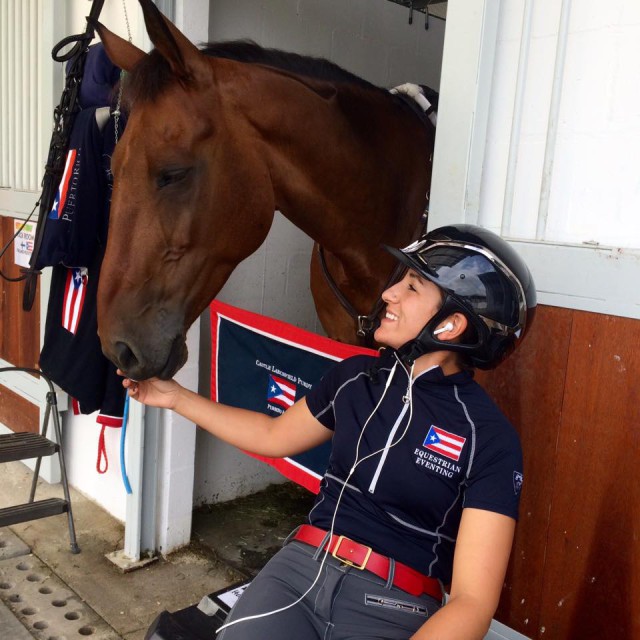 Lauren, based in California, is truly an inspiration to me as I am sure she is to so many riders around the world, not just in her home state of California. Lauren and Purdy did an incredible job, successfully completing their first Olympics and proved to us all that with hard work, incredible dedication, sacrifices, the support of many and with that very special horse, #TwoHearts really can make dreams come true.

As a student of Hartpury College in Gloucestshire UK, I have to also mention the brilliance of Astier Nicolas (a graduate of Hartpury college) and his horse Piaf De B’Neville representing France in their first Olympic games. Astier and Piaf De B’Neville did an incredible job, #TwoHearts, bringing home TWO medals team gold and individual silver, narrowly missing out on finishing on their dressage score by one rail in the very final show jumping round. What an inspiration and what a dream Olympics, all at the age of 27!

Talking about dreams, what about the American dream team?  The partnership between Phillip Dutton (the oldest U.S. competitor at the Olympics) and Happy was magical. From the lovely dressage test scoring a personal best for the pair, to the heart-stopping save on cross country that ought to definitely go down in history as one of the all-time saves (how did they stay together over that brush corner?), to their final two show jump rounds, Phillip demonstrated all the skills of the horseman that he is.

He and Happy quietly crept up the leaderboard to take their place on the podium. How cool was it that Phillip got an individual bronze medal for team USA, 20 years after receiving a team gold medal for Australia, on the very talented and much loved superstar Happy. #TwoHearts. The man is a legend in my mind, right up there with Sir Mark Todd and William Fox-Pitt.

No wrap up of Rio 2016 would be complete without the truly amazing comeback story of William Fox Pitt and the partnership that he has with the incredible stallion Chilli Morning. William has always been a great ambassador for our sport. both in the UK and on the international stage. His fall late last year, resulting in a serious head injury, his induced coma, his goal to ride by Christmas and his dream to ride at the Rio Olympics are now known by more than the eventing community and are truly inspirational to many.

William and Chilli winning the dressage phase generated tremendous media attention (mainstream TV on the BBC no less) and generated many new followers who could not help but be swept up by the potential for a gold medal just nine months after being in a medically induced coma.

I wonder how many decibels the collective groans around the world would have measured as we watched the pair drive by the final element of the ski jump. Then the incredible pride and respect that we felt for the partnership as they put in two beautiful clear rounds in the showjumping phase. #TwoHearts, very special hearts, our sport at its best. I must admit I had to blink a few tears away.

Finally on a personal note, Rio 2016 has definitely inspired me, made me hungry to compete and continue on my journey with my equine partners, to accomplish my own dreams and be the best that we can be: #TwoHearts in harmony. I highly doubt I am the only individual that feels this way, and I believe that for many the Olympics triggered the bug for eventing.

I feel that media coverage of our sport at these Olympics has been game-changing. However, I passionately believe that it is up to each and everyone of us to do our part and continue to educate the public and bring along new riders and owners into this wonderful world of horses and our sport. Remember that dreams do come true with drive, determination, lots of hard work, sacrifices along the way and the support of a village.

Sophie Hulme, 20, is from California, where she evented and trained with James Alliston. In the fall of 2015 she left beautiful, warm and sunny California for England. She is studying equine science at Hartpury College and competes two of her horses in the UK, Gorsehill Belle and Ice Cool Cooley. Her third horse, Thomascourt Cooley, is still in California competing at the Preliminary level. She rides and trains with Nick Gauntlett and has competed through the CCI* level back home. She hopes to move up to Intermediate soon.