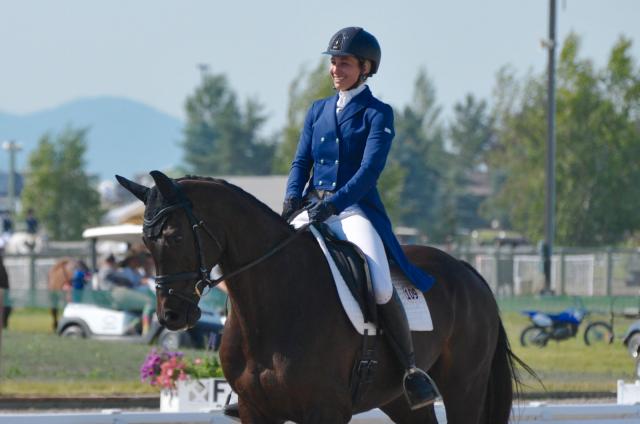 I harbor a lot of feminist … if not rage, certainly feistiness, about the boxes that society so often wants to put women in. “You can have X, or you can have Y. You can have Y, but you have to give up X.” And nothing makes me happier than seeing a leaderboard like the one from today’s Rebecca Farm CCI3* competition. It’s a who’s-who of smart, strong, versatile women who believe they can have it all, and pity the fool who doubts that they’ll achieve whatever they put their mind to.

The top three riders in particular are proof that you can fit all the things that make you tick — horses, family, career, etc.  — into your life if you are willing to put in the work. First-placed Frankie Thieriot-Stutes (26.9), 2nd placed Kristen Bond (30.5), and 3rd placed Jen McFall (33.9) have all managed to find a balance between motherhood, work and competition.

Frankie and Chatwin are EN’s “By the Numbers” predicted winners, and so far they’re making our crystal ball look good. The West Coast eventer marched into the ring today with a smile on her face to delivered one of the pair’s most impressive performances to date. But her hard work this week extends beyond the dressage ring. She’s the lead anchor for Ride On Video, responsible for The Event at Rebecca Farm’s live stream, and her Athletux Equine sports marketing agency is yet another plate to keep spinning.

“I haven’t ridden here since 2013 since it’s so important for me to work this event,” she says. “I haven’t wanted to give that up. This year I really wanted to ride him here, so I approached Sarah Broussard and said, ‘I really want to ride, but I promise I’ll still take care of my jobs.’ I want to come back and work here because it is really special.”

In addition Frankie has her two young sons with her, and she credits her support team for helping pull it all off: her mom, her husband, and fellow eventers Tamie Smith and Kelly Prather. “It’s really fun to have everyone come here this weekend and be able to do it,” she says. “I think I’m a little better when I have more going on. I don’t get in my head as much.” 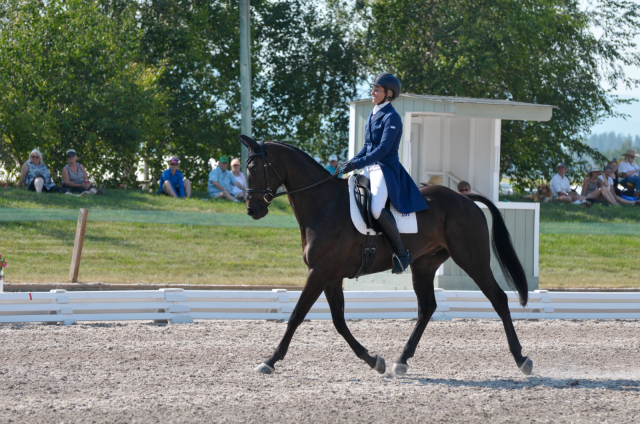 Kristen Bond is another supermom who had a super dressage day, riding Enough Already, with whom she made her way back to the Advanced level this year after a lengthy hiatus.

EN’s recent feature on Kristen, “Six Years and Two Kids Later, Kristen Bond Returns to Top Level,” is one of my favorite things we’ve published in a long time and well worth the read if you missed it the first go-round. In it Kristen, the mother of two young children, speaks with heartfelt honesty about the challenges and rewards of balancing motherhood with riding, bravely detailing her journey back into the sport.

Rebecca will be the first CCI3* effort for Enough Already and Kristen’s first outing at the level since 2011, but they’ve got their game faces on.

“The course looks great, but there’s some really big stuff,” she says. “I think the first and second water are formidable. And it’s really long — you just walk for so long — so I think that’ll be a test as well. My horse hasn’t gone that long in his life. Hopefully I’ll be staying on tomorrow and jumping all the jumps!”

Kristen had a long haul from New Jersey to Montana, with some expense offset by a Rebecca Farm travel grant — view a list of the 2018 grant recipients here. She says, “I’m just grateful to be here, and to have been given a grant to come all the way out here. I think it’s so generous for the Broussards to make it possible for East Coast riders to come out here. I hope I’ll represent that well this weekend.”

Best of luck to all! Keep it here for all the cross country action starting bright and early Saturday morning. Go Eventing! 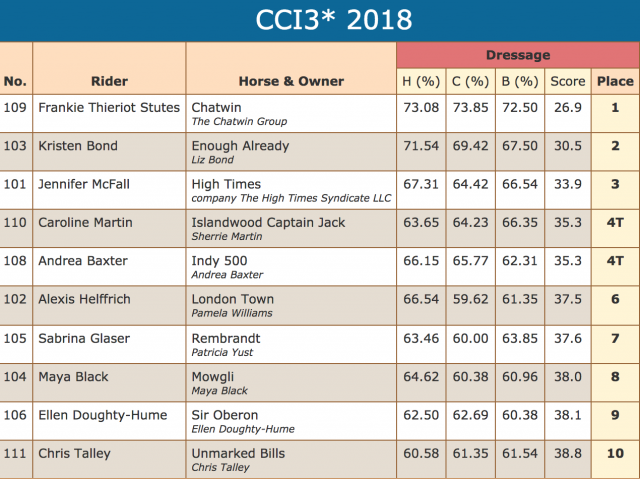