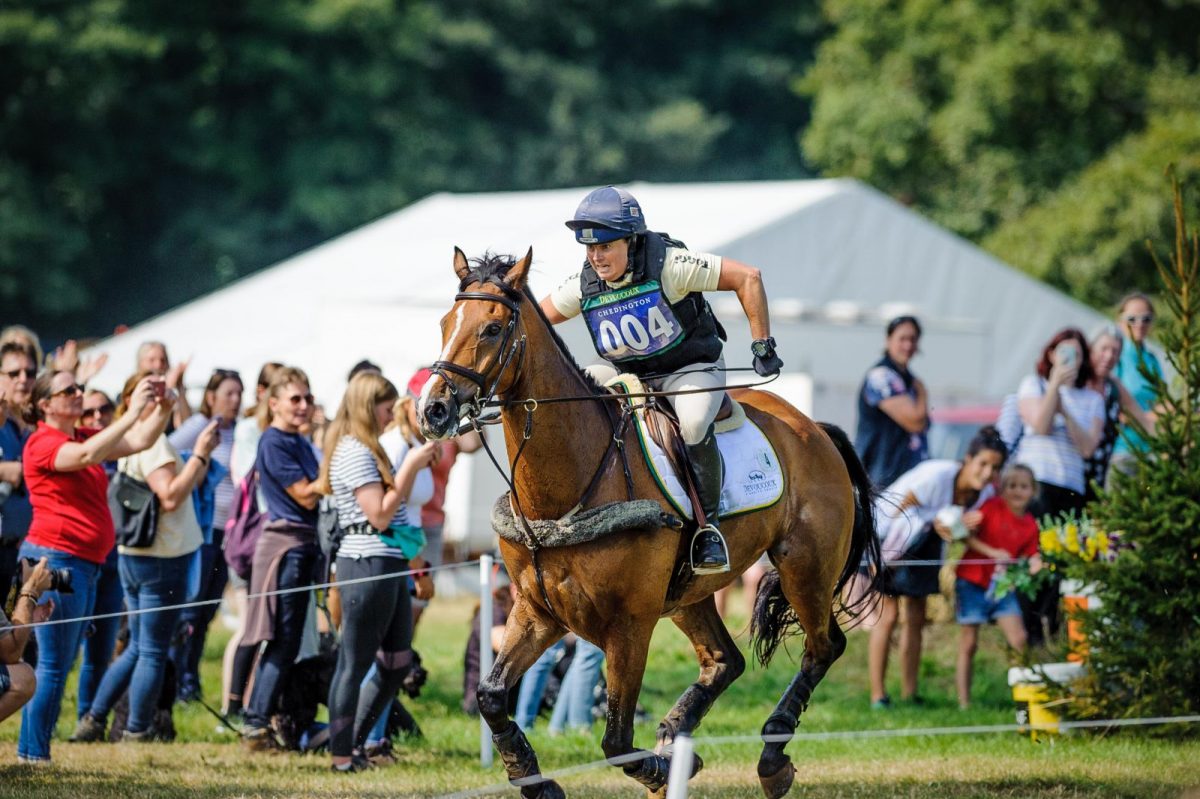 After entries for the 2022 Land Rover Kentucky Three-Day Event closed this week, I think all of us here at EN broke our refresh buttons looking for the finalized list of accepted entries. Now we finally have a look at the 57 5* and 48 4* entries — including not one, but two Rolex Grand Slam winners! — that will descend on the Bluegrass State in just about a month’s time. The Land Rover Kentucky Three-Day Event, presented by MARS Equestrian, will run from April 28 through May 1 at the Kentucky Horse Park in Lexington, Ky.

It’s a thriller of an entry list, thanks to a mix of familiar names and faces as well as some exciting new ones that we’ll see at the level or here in Kentucky for the first time. This year will welcome five 5* “rookies”: Josephine Schnaufer-Völkel (Pasadena 217), Woods Baughman (C’est La Vie 135), Marc Grandia (Campari FFF), Alexandra MacLeod (Newmarket Jack), Lexi Scovil (Chico’s May VDF Z), and Booli Selmayr (Millfield Lancando).

2021 USEF National Champion here at Kentucky and winner of the inaugural Maryland 5 Star last October On Cue, piloted by Boyd Martin, will compete at Kentucky alongside stablemate Tokyo Olympian Tseterleg TSF. The other members of the U.S. team in Tokyo are also entered: Phillip Dutton with Sea of Clouds, Doug Payne with Vandiver and Quantum Leap, and Tamie Smith with Fleeceworks Royal (Mai Baum will compete at Badminton). 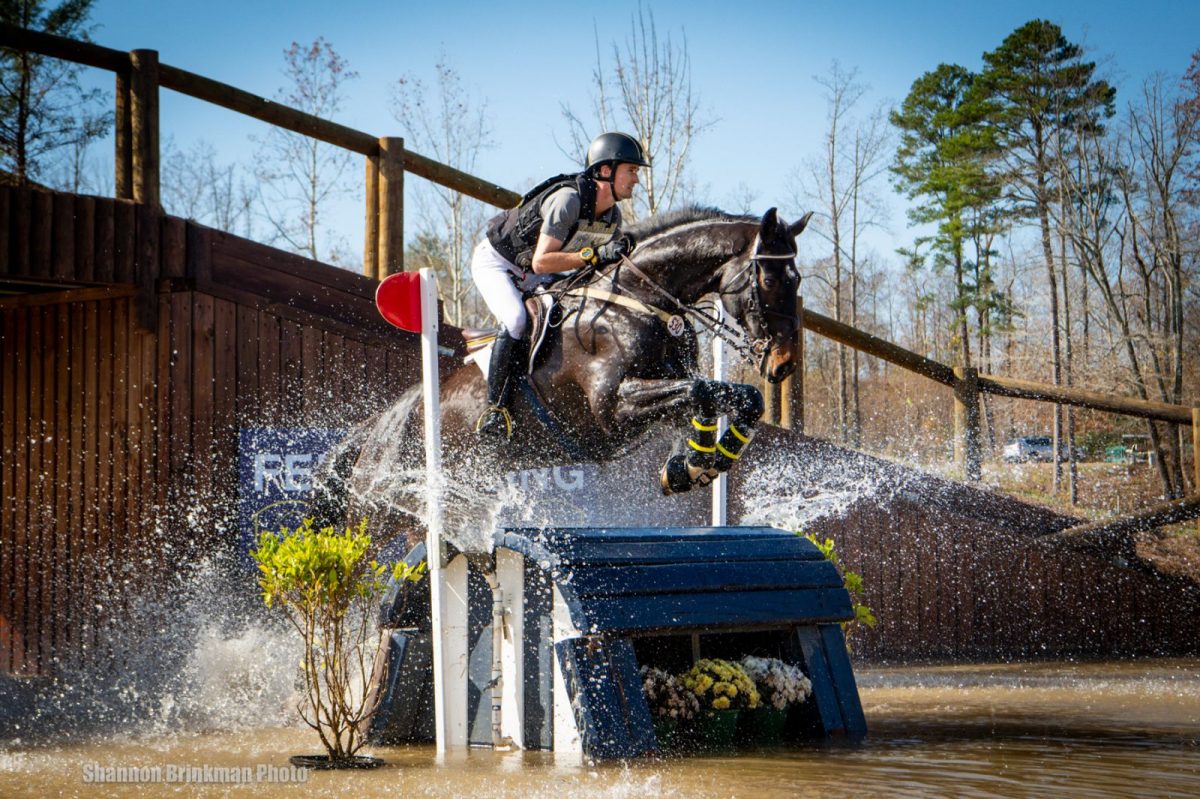 Woods Baughman and C’est La Vie 135 are one pair making their 5* debut in Kentucky. Photo by Shannon Brinkman.

Canada will be represented this year by: Hawley Bennett-Awad (Jollybo), Lisa Marie Fergusson (Honor Me), and Jessica Phoenix (Bogue Sound and Wabbit). Karl Slezak is also entered with Fernhill Wishes, but will instead compete at Badminton.

This will be the first year since 2019 that both Kentucky and Badminton will run; in 2021, Kentucky was able to run thanks to the fundraising efforts of Dorothy Crowell, Sara Kozumplik, and Lynn Symansky, prompting multiple UK and European pairs to hop over for a 5* run. This year, we’ll welcome a robust handful of international-based entries from Ireland, Germany, and Great Britain. 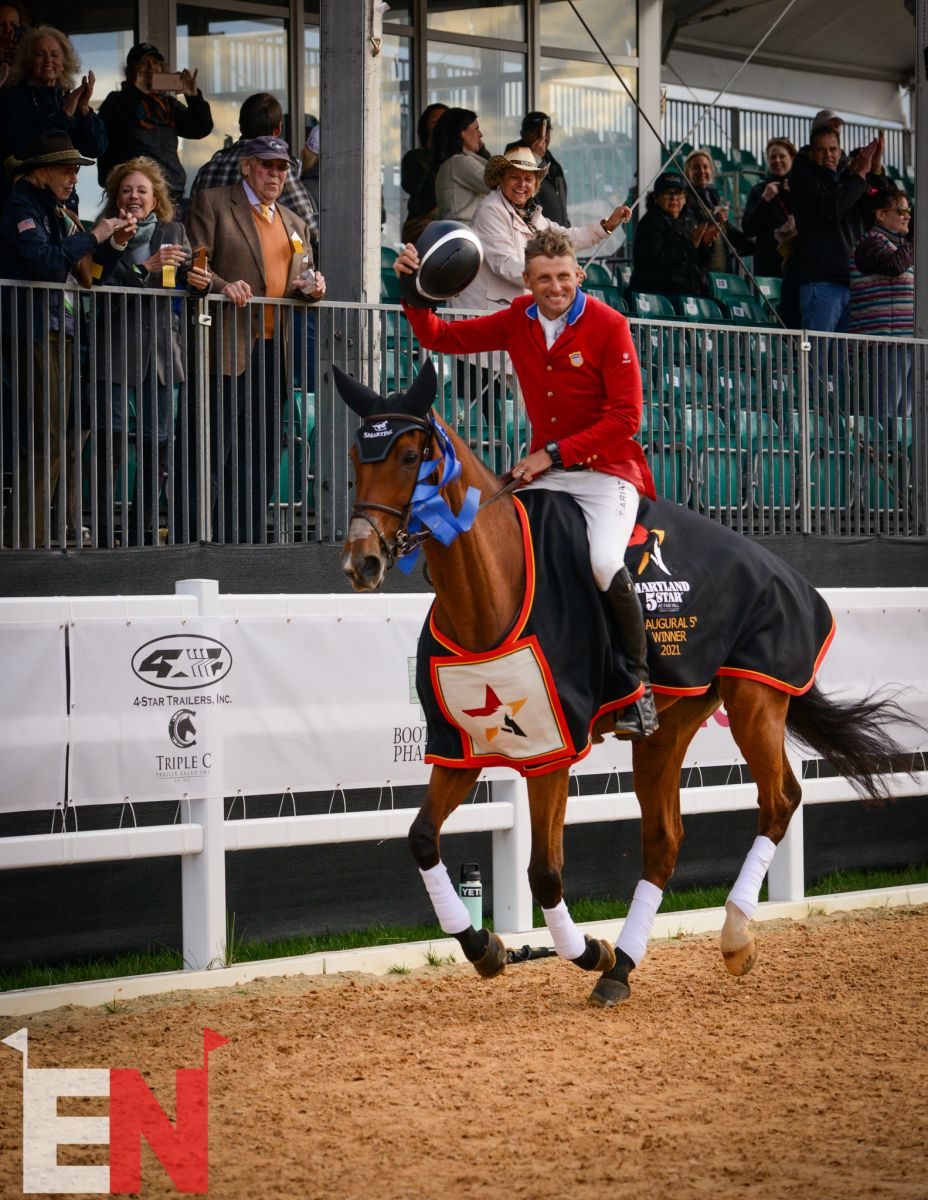 Maryland 5 Star winners Boyd Martin and On Cue — can they do it again in Kentucky? Photo by Abby Powell.

Yes, this includes three-time Kentucky winner and Rolex Grand Slam winner in 2016, Michael Jung, who will bring his Tokyo Olympic partner, fischerChipumuk FRH for a first crack at the Kentucky bluegrass. Michael will be joined by compatriot Josephine Schnaufer-Völkel, who will contest her first 5* with the 15-year-old Westphalian mare, Pasadena 217.

British Grand Slam winner Pippa Funnell, who won Badminton in 2002 followed by Kentucky and Burghley in 2003, also returns to Kentucky with two entries: the 15-year-old Irish gelding Majas Hope, who came fifth at the pop-up Bicton 5* in 2021 along with 5* debutante Maybach, a 12-year-old Swedish Warmblood who finished off 2021 with a top-10 finish in the 4*-L at Blenheim. Pippa has not competed at Kentucky since 2003, save a fifth place individual finish at a little competition called WEG in 2010. 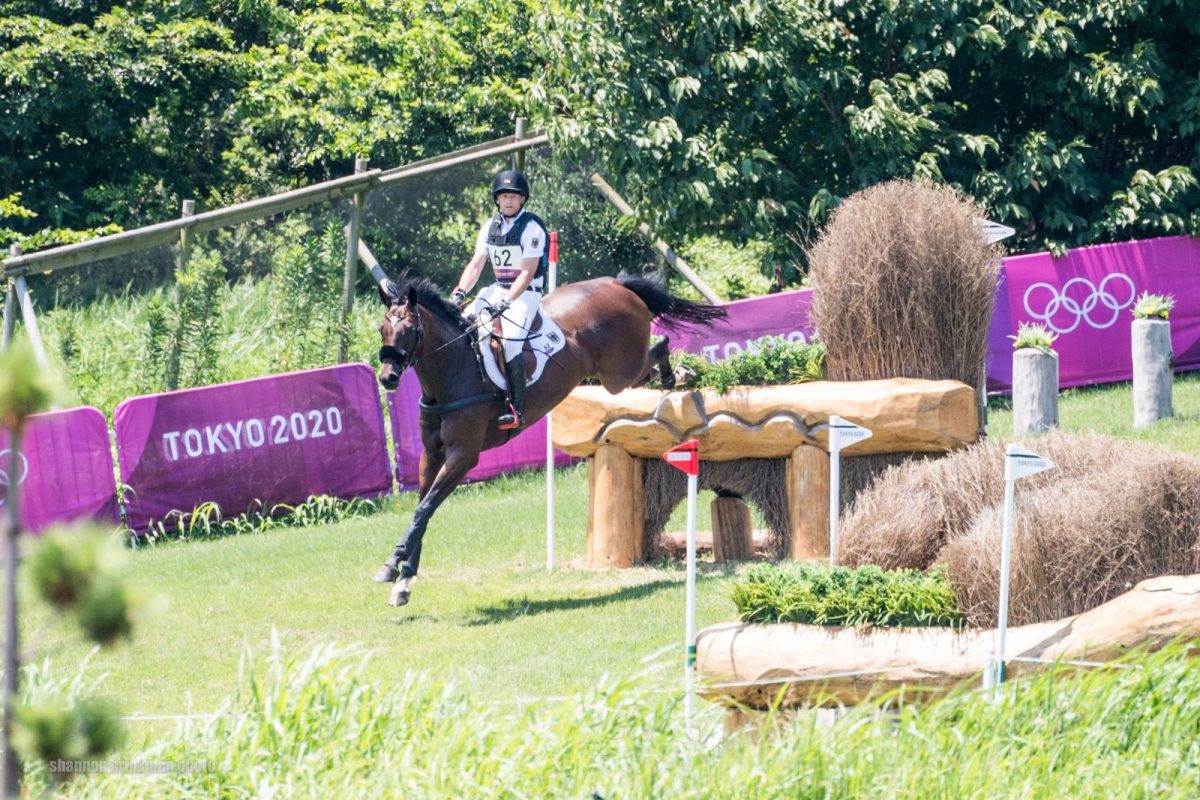 Also joining the British contingent this year will be Yasmin Ingham, making her Kentucky debut with the 11-year-old Selle Francais gelding Banzai Du Loir. This is a pair who delivered a stunning performance under pressure last fall to win the CCI4*-L at Blenheim Palace.

We’ll also welcome Irish Olympian Joseph Murphy, who will make his first start at Kentucky with the 11-year-old Calmaro. This pair earned a top-15 finish in the German gelding’s 5* debut at Pau in 2021; Calmaro was also piloted in his younger years by British Olympian Laura Collett. 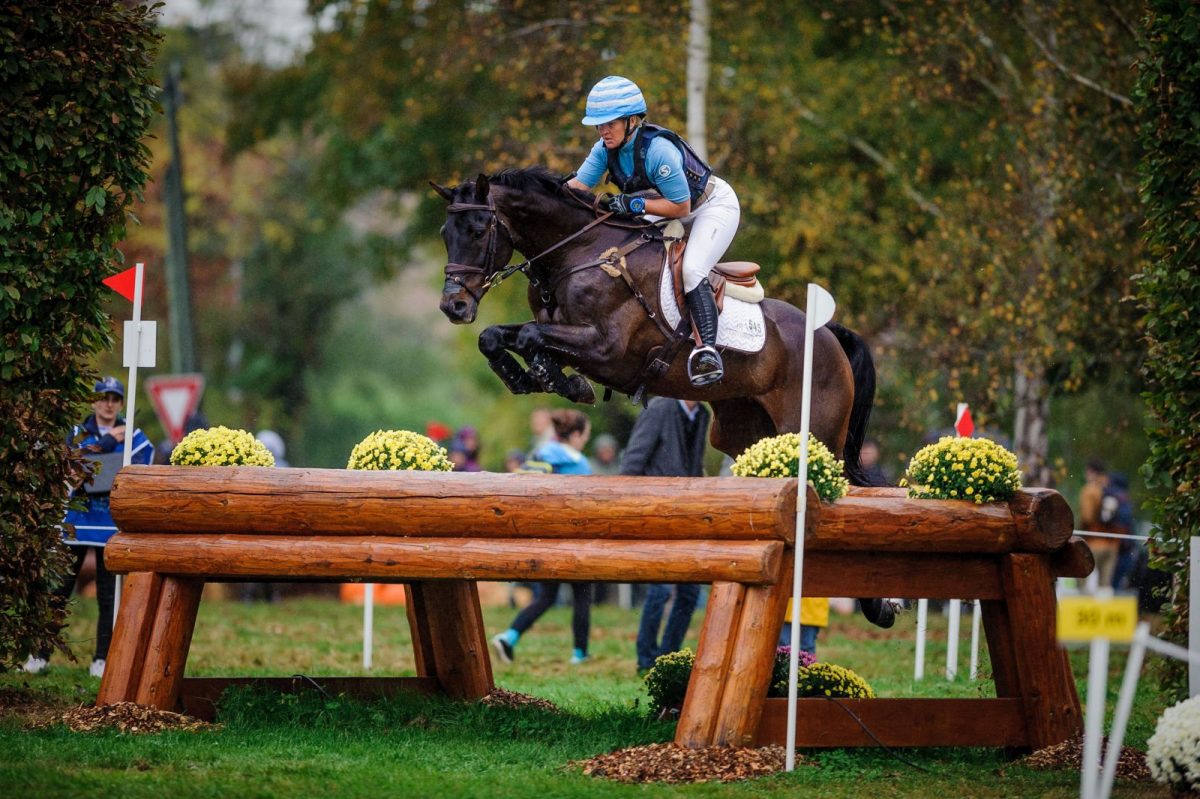 New Zealand will be represented by both U.S.-based Joe Meyer, bringing forward the 14-year-old New Zealand Thoroughbred Johnny Royale for a third crack at the 5*, as well as Jonelle Price, who will pilot former Mark Todd ride McClaren in the pair’s second 5* start since Jonelle took over the ride in 2020. This pair finished in a very competitive third position at Pau in 2021. 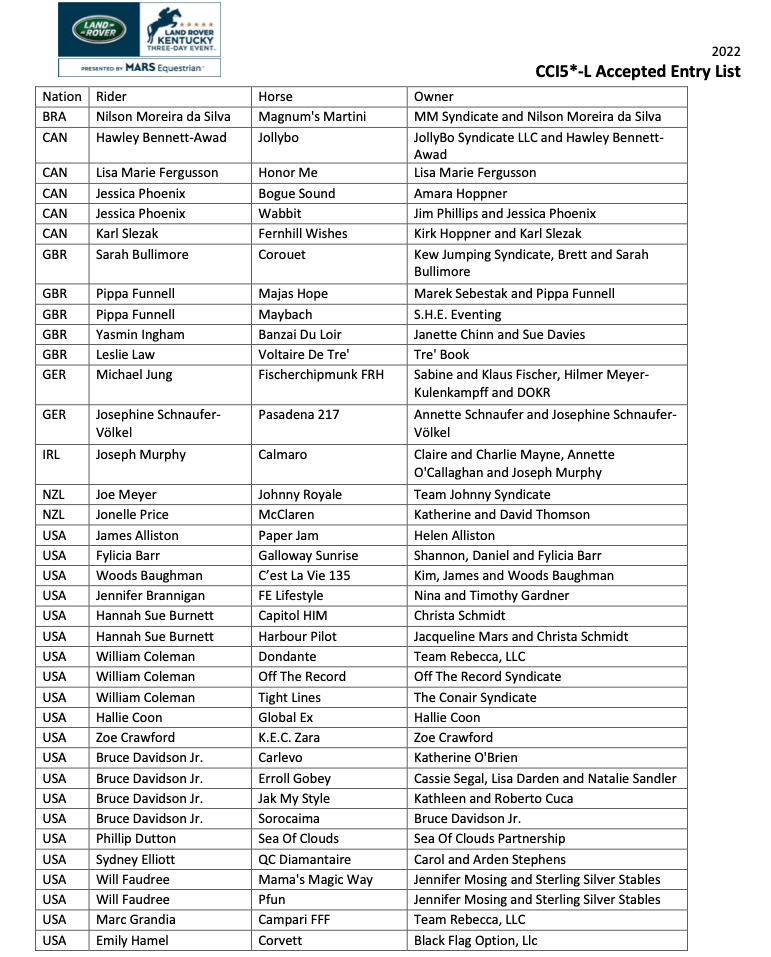 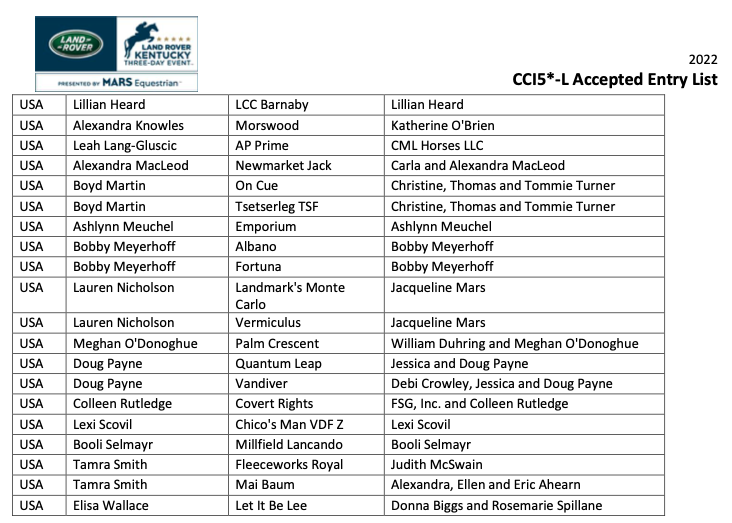 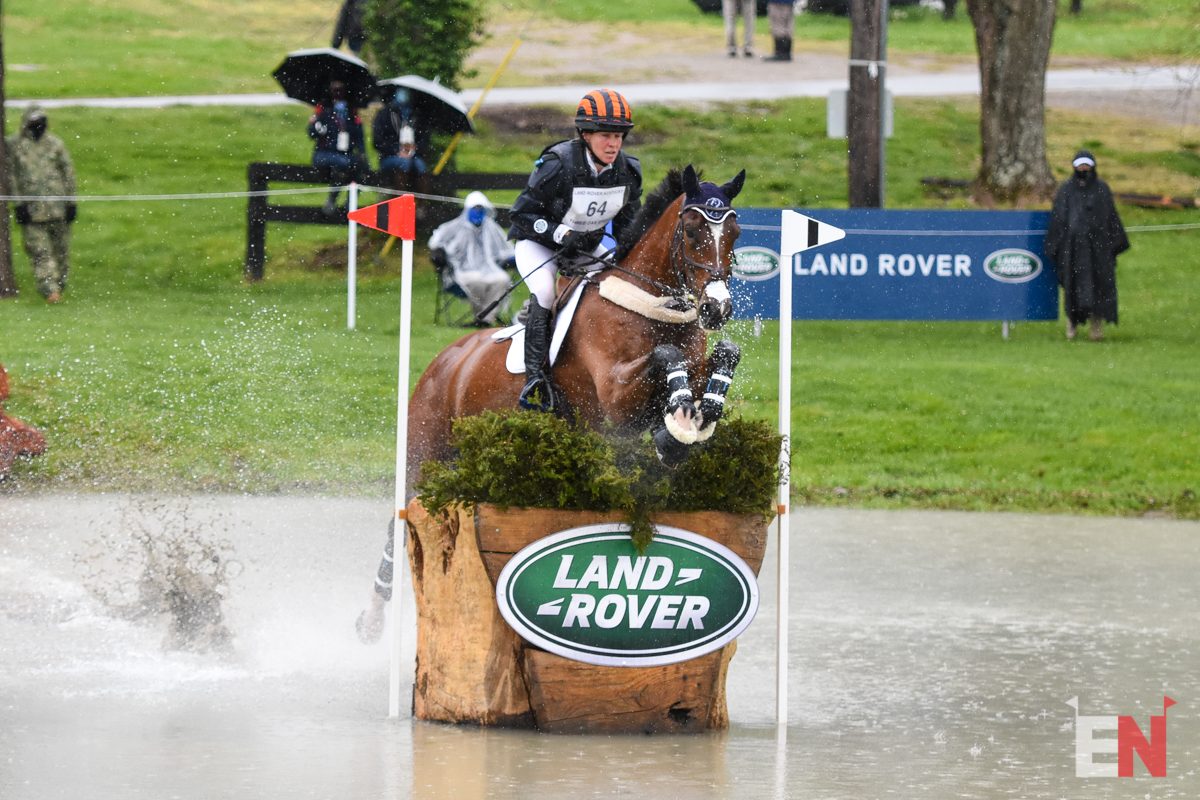 Looking to the CCI4*-S, which was a new addition to the Kentucky weekend starting in 2021 (and quickly garnered the labels “CCI5*-S” and “4*-S Olympics”), a total of 48 entries have been accepted. Notable names on the 4* entry list include Liz Halliday-Sharp and Deniro Z, Colleen Loach with the rising stars FE Golden Eye and Vermont, Will Coleman and Chin Tonic HS, Dan Kreitl and Carmango, Doug Payne and Starr Witness.

Keep an eye right here on EN for much more news to come from Kentucky. We have a lot of fun things in store for you as we welcome spectators back to the #BestWeekendAllYear next month, including a special course walk in partnership with Ride IQ, contests and giveaways running all month, and all-new EN merchandise. In the meantime and as always, Go Eventing!