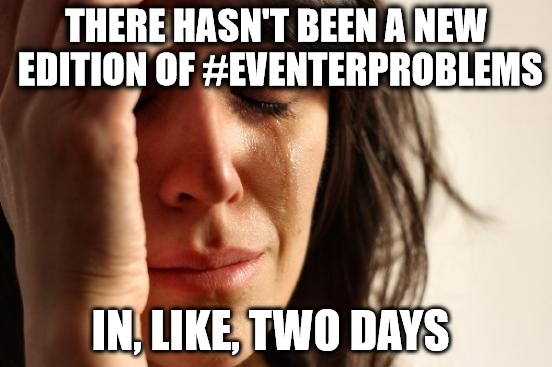 I know, guys. The struggle is real. Here’s your fix — 30-plus more reader-submitted #EventerProblems. 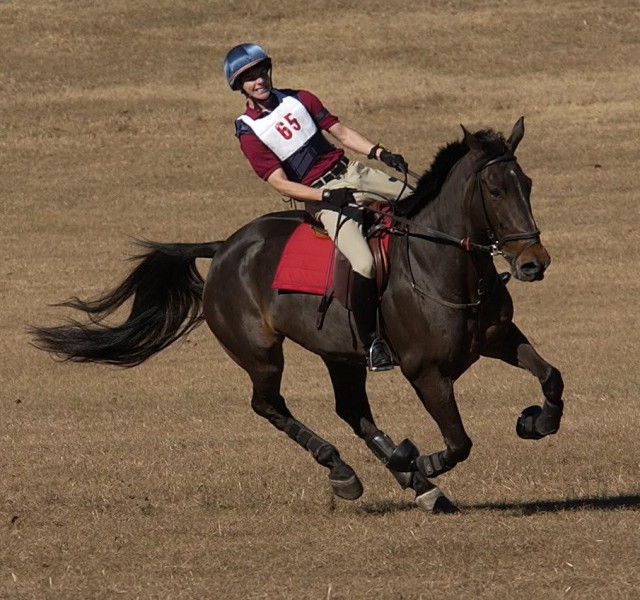 From Glenn Wilson, Pine Top Farm: “Robert Wilson on Pine Top George going Training at our February Horse Trials. George was just feeling so good! He’s still here at 19 and he still has his ‘fun’ moments. #EventerProblems!” Photo by Hoofclix.

I seriously set all these up yesterday. Did the horses have a jump party at night when no one is there?? #bustedgrid #eventerproblems

When you try to go schooling but your horse chokes in the trailer. Damn it Rosey. #fml #lifewithhorses #eventerproblems #eventerprobs

Encore’s version of a favor: “But I didn’t lose it!” #eventerproblems #ducttaperescue

When you mention to an eventer that your knees are bothering you… She breaks out the poultice! #poorguy #eventerproblems #hefeelsalotbetternow

Well I look like a #werewolf but my horse looks great! #ottb #eventerproblems #equestrianproblems

When the horse is sad because he’s wearing 4 different shampoos at the same time. We’re currently fighting the good fight against the summer crud, grass stains, identifying as a chestnut, and the struggle of being a grey. He hates me. #Ottb #grey #babyshampoo #blueshampoo #iodineshampoo #maneandtailconditioner #thoroughbred #greyhorsestruggles #eventerproblems #nobelleamerican

When the barn cat knows you’re babysitting the barn by yourself and decides to scare the living daylight out of you and play roadkill. Surprise he was just play possum. #eventerproblems #barncatsofinstagram #barncatlife

Putting on spurs and half chaps while driving is as hard as it sounds. #eventerproblems

That awkward moment when you wear riding clothes on campus & someone tells you your boots are cute & asks if they’re real.. #eventerproblems

Love that when there’s a fall its: “they’ve parted ways”, like it’s an undramatic breakup. #EventerProblems

It is 4:15AM & I am awake. Because I have to clean stalls here before I can leave to go braid an hour away at 6. #EventerProblems #tooearly

Showing horses is always a good idea until you wake up at 5:45 in the morning and even the donut places are closed #LetMeIn #EventerProblems